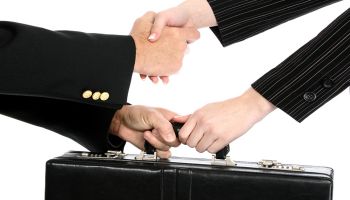 What is the chairman’s role in a community bank? Better yet, what should it be?

If we are honest with ourselves, when we think of the “chairman” of a community bank board the picture that comes to mind is a male (though occasionally a female) who is a pillar of the community, an elder statesman, and the longest-serving director on the community bank’s board.

Because that is the way it is!

The way it was.

The way it has always been.

But how should it be?

Who sits at the head of the table?

The first issue is determining who should be a chairman of a community bank. If the goal is to have the oldest or longest-serving director as the chair, then the task of electing the chairman is simple and objective.

However, if the goal is to fall in line with industry best practices, then it is the most qualified director who should serve as chairman. The individual’s age or tenure should be secondary to the individual’s industry experience, knowledge of the community, and understanding of the bank’s operations.

I have seen some community bank boards shift their focus to the chairman’s role and qualifications as they contemplate how to best move the bank forward post-recession.

Often, the board recognizes that the individual who served as chairman pre-recession is not the person to lead the board, management, and ultimately the bank through all of the changes in the new, post-recession environment. As a result, we are beginning to see younger, faster, smarter, and more strategic individuals being elected into the chairman’s role.

Once you determine who should be the chairman of the organization, the next, and “bigger picture,” question is “What should the chairman do?”

Is the chairman’s role in the community bank simply to be a figurehead?

Or should there be some substantive leadership associated with the role?

First of all, the board’s leader should set the tone for board meetings, which includes setting the agenda for the meeting.

The chairman has to bring his or her leadership to board meetings, and that leadership should be evidenced through the agenda for the meeting and the conduct of the meeting.

This latter point also means that the chairman must serve as the disciplinary authority for the meeting. If there is an obnoxious director (not that that ever happens), then it is the chairman’s job to address the situation with the director in order to reach a, hopefully peaceful, resolution.

Ideally, such resolution will be achieved in private, but the chairman should be willing to put his or her foot down at the meeting, if necessary, to maintain order.

Where the chairman works, beyond the meeting

But that’s just part of the job. Really, a basic. The chairman also needs to spearhead the board’s long-term planning efforts and allocation of the bank’s financial and managerial capital. This means, at minimum, that the chairman has to have enough substantive knowledge of community banking to know what alternatives are available, particularly as relates to sources and allocations of capital.

Many choices confront the board, and the leader-chairman:

• Should the community bank give more money back to its shareholders in the form of dividends?

• Should it allocate capital to redeem shares from the shareholders as a means of providing liquidity?

• From an ownership perspective, should the organization be publicly held, privately held, or make a Subchapter S election?

• Should the community bank engage in a merger or acquisition transaction with another institution as a means of enhancing shareholder value?

In best practices, it is the chairman who would take the lead role in each of these considerations, as well as many other alternative strategic decisions.

But what if  the chairman does not possess the requisite knowledge or experience to effectively lead the board through a meaningful discussion of a particular issue?

Then it falls on the chairman to educate him or herself, to appoint one of the other directors with the appropriate skill set to assist in facilitating the discussion, or to bring in outside expertise to lead the board through the discussion.

Try on the risk management hat, too

As it relates to the organization’s risk management function, the chairman also needs to be at the forefront.

This does not mean that the chairman is in charge identifying all of the credit risks, operational risks, and the like.

However, it does mean that the chairman is responsible for ensuring the bank has an enterprise risk management system in place that will provide adequate information to the board of directors as it determines an appropriate risk tolerance and safeguards for the bank.

Simply put, the day of the figurehead chairman is over in community banking.

The chairman has a leadership role on the board that extends to the organization’s relationship with its shareholders, its overall strategic trajectory, and its risk management system.

More in this category: « Diving into CRE: Maybe not quite déjà vu How the chairman sets the tone »
back to top