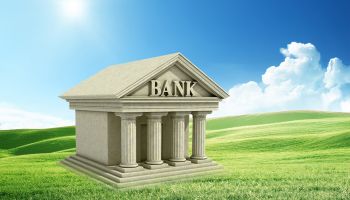 “What’s the mood of community bankers today?” someone asked me.

It happens that recently I had the opportunity to attend and participate in the largest annual meeting of community bankers in the nation, the convention of the Independent Community Bankers of America. The ICBA National Convention, held this year in Orlando, attracted in the neighborhood of 3,000 participants, including bankers, bankers’ spouses, and bank vendors. A pretty big group!

I presented at and moderated an all-day long directors’ workshop. I also conducted a workshop discussing the future of community banking.

What a difference a few years post-recession makes!

The mood of the community bankers present was upbeat. They were not only happy to see the friends that they have made through this organization over the years, but they also had the opportunity to listen to optimistic banking-related presenters in the general session. It was an all-around positive experience.

There are a number of misconceptions about small community bankers that persist. Attending an ICBA convention dispels these handily.

One of these misconceptions is that community bankers are not interested in moving forward and progressing toward a better status for their bank and their industry.

This is unfounded, considering that most of the community bankers in attendance were there because they wanted to learn the newest, latest, and greatest products, interact with the vendors, and listen to new ideas. Several attendees told me that they received at least one new idea to take back to their bank that would basically pay for their attendance at the convention.

This exposure to new ideas and current industry happenings is especially beneficial considering the large number of issues that community bankers and their directors face in the post-recession environment.

Of all topics discussed at the convention, the three most regularly discussed items among community bankers were industry consolidation and independence; advancements in information technology and the associated security risks; and the regulatory/compliance environment.

None of these issues should be taken lightly, so it was encouraging to see so many community bankers seeking to apply new ideas and knowledge in a way that makes a real difference to their banks:

1. Consolidation of banking. Within the discussion of industry consolidation, there are always multiple vantage points. The ICBA national convention was no different. Some bankers discussed expanding geographically through acquiring other institutions, some discussed their desire to sell, and some discussed proactive strategies they were seeking to implement to maintain independence.

Everyone knows consolidation is reality, so it is always interesting to hear how banks that would otherwise look very similar on paper have drastically different views on their bank’s role in the consolidation.

2. Tech as aid and tech as risk. From an information technology standpoint, there was still a lot of discussion on what technology means for the “branch of the future” and banks’ existing brick-and-mortar footprint. Considering the plethora of cyber-attacks on banks and retailers in 2014, it was no surprise that cyber-security dominated much of the discussion.

What was interesting, however, was that most community bankers viewed security issues and fraud as a “when” rather than an “if” issue. As someone who facilitates dozens of strategic planning events a year for community banks across the nation, it was encouraging to see so many directors taking an appropriate view of IT risks without getting caught up in a “sky is falling” mentality.

3. Everybody’s “favorite”: regulations. As one would expect, the regulatory burden was probably the most discussed issue among bankers at the ICBA convention. From mortgage rules, to a two-tiered regulatory system, to regulatory capital expectations, it is clear that regulatory compliance is at the forefront of community bankers’ minds.

Although the overall mood of the discussion was largely more positive than it has been in the past, there is certainly still hesitancy at many community banks across the nation who are experiencing the weight of the post-recession regulatory climate.

All of these issues pose long-term challenges. However, profitability is up, regulatory relations are improving, and community bankers are once again beginning to look for new, innovative ways to meet the needs of their communities.

Overall, this particular gathering of enthusiastic, energetic, and forward-looking community bankers was a great encouragement. I was happy to have been asked to be a part of it.

More in this category: « Breaking up really is hard to do NOLs in acquisitions … simplified! »
back to top