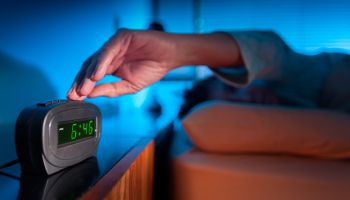 With a very different President coming into office, many bankers are taking a "wait-and-see" attitude on selling. Jeff Gerrish says one client made a major gearshift based on the electrion's results.

Now that the Electoral College has voted, it appears that Donald J. Trump will actually serve as the next President. I am not an Electoral College expert—I am not an expert in many things, for that matter—but I do know a lot about community banking. As I was thinking about the impact of President-Elect Trump on community banking, a few thoughts came to mind, specifically related to mergers and acquisitions.

It seems to me when you are contemplating M&A, Donald Trump is a “knife that cuts two ways.” It is necessary to view the impact of a Trump administration on community bank mergers and acquisitions both in terms of short-term impact—i.e., what is the immediate impact of a Trump presidency, or even inauguration—and long-term impact.

As for the immediate impact, it is already being felt. For pending deals, we are seeing a slowdown. The strategy is to push closings into 2017, when players hope there will be more favorable tax treatment.

For community banks contemplating a M&A strategy, particularly on the sell side, we have seen pretty much a halt to any forward movement. Most sellers are adopting a wait-and-see approach as to what the Trump Administration ultimately will do as it relates to community banks.

More recent impetus to the community bank mergers over the past ten years has been the enormous regulatory burden placed on community banks since the middle of the Great Recession. So why wouldn’t it make sense for the banks to reevaluate whether they really want to sell or buy at this stage?

For the sellers, if the regulatory burden is lightened and the economy begins to grow, then at that point, the bank can address some of its internal issues, such as finding management succession and board succession, and it may be appropriate to reevaluate its decisionmaking process.

For the buyers, it is much more of a situation that nobody wants to buy into “uncertainty.” For that reason, many buyers are also adopting a wait-and-see attitude that will result in a short-term slowdown in community bank mergers and acquisitions.

Cutting the other way…

For the longer term, assuming the Trump administration enacts the policies it has promoted on the campaign trail, such as a reduction in regulatory burden, job growth, economic growth, and the like, then it seems to me that the trend of community bank M&A would slow down.

In fact, I have had at least one long-time client indicate that had Hillary Clinton won the election, he probably would have sold his bank in 2017. However, now that Donald Trump is the President-Elect, this banker is going to wait to see what happens over the next couple of years.

Overall, I anticipate the Trump administration and its policies will have some modest-to-significant influence with respect to the slowdown in community bank mergers and acquisitions.

There’s a counter-argument to this. Larger banks have watched their stocks improving with the post-Trump election bump, which means that now they have more currency to utilize in acquisitions. That means they can pay a higher price for the smaller community banks.

If so, then the phenomenon kicks in that no matter what a community bank’s strategy is, the board has to do what is right for the shareholders of the community bank and holding company.

If a potential purchaser comes to a community bank and makes the “Godfather offer,” i.e., the one that they cannot refuse, then the community bank is going to either take it, negotiate it, or at the very least, put the bank in play.

Whichever side of the community banking negotiation table you are on, either the buy or the sell side, the new Trump administration will certainly create an interesting dynamic as it relates to the consolidation of the industry.

I am in the wait-and-see category.

More in this category: « Time to return to banking basics Time for a 5-point bank tune-up »
back to top