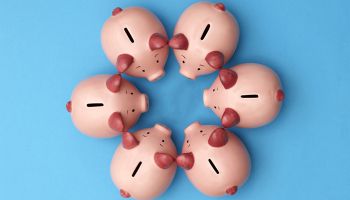 As many of my readers know, I travel extensively, working with community banks in all 50 states and a couple of territories. Because of that, I often get asked what the feeling from “the trenches” is on various topics.

The trenches, by the way, are where the real people live, work, and play. I spend virtually all of my time in such places, and I think of them as the opposite of the Ivory Tower or inside the Beltway. I thought in this blog I would share what I see going on from the trenches as it relates to a few different issues, including the following:

As noted in earlier blogs, the Trump effect, as it relates to community banks in the trenches, has been very positive.

I have had experience with a couple of bankers who were contemplating selling their banks who determined not to do so because of the optimism associated with economic reform proposals that are coming and have come out of the Trump administration.

That optimism has been pretty much universal across the U.S., as I have traveled meeting with community bank boards on a variety of different topics. Instead of wondering what the federal administration is going to do “to” banks next, the boards are wondering what the next opportunity might be as the federal government gets it foot somewhat off the neck of the bankers.

Regulatory relief goes hand-in-hand with the Trump effect—the difference being whether or not the regulatory relief discussions that are occurring have filtered down to the examination personnel who actually examine the banks.

My anecdotal evidence from the trenches is that it has, or at least it has begun to.

We have had several clients recently indicate that they have had exit meetings in connection with recent examinations of both safety and soundness and compliance.

Often these exit meetings involve some very contentious issues, such as fair lending, commercial real estate concentrations, and the like. Historically, such matters would have caused the on-site examiners to raise the heavy hammer and drop it squarely in the middle of the board table.

What we have seen in the last couple of months is a much kinder and gentler on-site field examiner approach. It is too early to tell whether there is actually going to be any lightening up, but the approach, demeanor, and manner of discussions with the board has certainly become kinder and gentler in just the last couple of months. This is viewed, of course, as a positive.

As noted, the Trump effect has had some impact on mergers and acquisitions, although consolidation of the community bank sector of the industry continues to move forward at a rapid pace.

From the trenches, there is still considerable discussion with respect to “mergers of equals.” As those who understand the industry know best, there is no such thing as a merger of equals from any standpoint.

In this environment, however, many of the banks that want to sell will structure-tout-promote the transaction as a merger of equals when it is really a sale. In any event, there is still significant interest in continuing consolidation in the trenches. Even those banks that in the past have been staunchly independent are now, for the most part, evaluating their options.

The trenches are also discussing enterprise risk management. This, of course, is a regulatory-related issue, but for community banks it really did not come on the scene until post-recession.

As I am sure everyone reading this blog knows, enterprise risk management means taking a holistic approach to risk in the community bank as opposed to simply taking a siloed approach—or no approach at all.

My understanding from the trenches is that the regulators expect the bank to be doing “something” instead of nothing in regard to enterprise risk management. The degree to which the ERM program is “robust” will vary depending on the size and complexity of the bank, as it should. This, however, is a significant talking point from the trenches that will likely just get more involved going forward.

One of the issues that is really on the mind of those in the trenches is this whole concern of technology security. Virtually every community bank is going to depend on a third-party vendor, so their defenses in connection with technology security are only as good as that vendor.

Fortunately there have not been any significant “hiccups” as it relates to community banks in regard to technology security so far. It is, however, certainly on every board’s mind.

In fact, in my current experience, any board in the country that is looking for succession of board members and could obtain a high-quality individual who was also a technology expert would add them to the board immediately.

This includes all community banking players, from the very small, under-$100 million bank to the $1 billion institution. They are all looking for the same thing to help address this significant area of uncertainty.

Those are not the only things that are occurring in the trenches, but those are the significant ones that come to mind. I will address other occurrences in the trenches in future blogs.

More in this category: « Time to make a deal? Protect your best—or suffer next “lift out” »
back to top