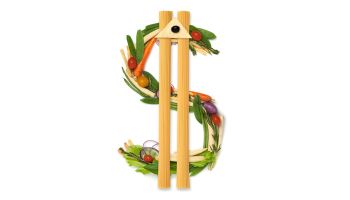 As in most recipes, the one for risk management is best judged by the final overall outcome.

There’s  a trendy restaurant in New York City that temporarily changed its menu to serve meals composed entirely of garbage.

Yes, you read that right.

The idea was to highlight the amount of food that is wasted worldwide. Food waste happens for different reasons in different places. In developing countries, difficulty with storage and refrigeration are the problem. In developed countries, aesthetic standards are the primary culprit, and changing this perception was the goal of the experiment. Worldwide, about a third of all food produced for human consumption each year ends up in the trash, and that adds up 1.3 billion tons of food.

At Blue Hill in Manhattan, the menu included items made from the castoffs of our society’s food processing practices. There was edible grain from breweries and distilleries. There was “Dumpster Dive Salad” that came from the remains in a large-scale vegetable processor. And there was lox made from the dark part of the salmon, with seasonings from the bottom of the bagel bin.

In the hands of a great chef, the resulting meal was fantastic, but proper management of the preparation was clearly important. Which brings us to the challenge of banking’s risks.

Managing risk in a bank is, like cookery, a matter of both art and science. Risk management is the essence of banking, and a successful recipe depends upon finding the correct balance between risk and reward.

Bank management that takes too much risk without adequate reward can cause the failure of the institution. On the other hand, banks that take no risk can’t afford to keep their doors open.

There are various types of risk, of course, and every bank’s enterprise risk management framework should address ways to manage each of them.

Bankers need to look beyond addressing each type of risk individually, though. An effective program places a priority on understanding cause and effect.

This means knowing how various types of risk can interact—and especially how remedies for one type of risk can cause the escalation of others.

For example, if we watch the financial channels on TV or online, we mostly hear concern about the Federal Reserve and its plans to raise interest rates. Therefore it would make sense to assume the most important driver of risk for the economy, banks, and everything else is the movement of interest rates.

Looking at the yield curve, we see that longer rates have dropped significantly since the beginning of this year, predicting that even as the Fed raises short-term rates, that longer-term rates are likely to remain in the same target range they have occupied for years.

What about the risks that have arisen because the interest rate environment has been static for so long?

This includes bank deposit portfolios where low interest rates have kept traditional CD and maturity deposit customers in checking and savings accounts because there is so little reward for restricting money with a maturity date.

How will these customers react when rates finally begin to rise in earnest?

Cost of funds could rise quickly and unpredictably, depending upon how a bank manages the change.

If a bank decides to manage interest rate risk in its loan portfolio by primarily underwriting floating rate or short reset loans, then credit risk can quickly rear its head, even though the strategy began with risk management in mind.

If borrowers can’t afford to pay a higher rate at reset (or refinance) because their business has not expanded enough to cover the higher payments, there is far more at stake than tepid returns.

Exacerbating this problem is that most customers want to lock in a low fixed rate for as long as possible, so the bank that avoids these kinds of loans has already made a negative selection process a part of its business strategy: Stronger borrowers will go to competitors.

FDIC cites the current competitive business environment as a risk to banks, but this scenario illustrates that the risk that comes with a competitive environment does not necessarily come from offering a lending rate that is too low.

What about the long, slow economic recovery?

There are a few hot spots like Silicon Valley. But overall business expansion has been pretty tepid nationwide, and oil-producing regions are actually contracting.

Credit quality at banks has steadily improved everywhere, though, and while the best practice for calculating reserves would dictate including a full economic cycle, many banks use more recent data that shows continued improvement in credit quality.

But if the credit cycle turns, be it from rising interest rates, an economic slowdown or a host of other external forces, nonperforming assets could rise very quickly.

Does your bank have the ability to raise reserves quickly?

How about increased capital requirements under Basel III?

Most of the more recent major regulatory and accounting rulings—Basel III and “CECL,” but also credit stress testing and ALM recommendations) are basically efforts to more accurately measure risk and therefore create a roadmap for banks to calculate and maintain appropriate reserves and capital.

Smart bankers will use these regulatory tools not only to carefully measure the ingredients that make up risk in their banks, but also to understand how those ingredients interact with one another and the unintended consequences that can occur.

With this insight, banks should find a successful recipe for risk management, even if some of the ingredients in the mix are untraditional.

More in this category: « Why vendor management really ranks Bankers should not be retailers »
back to top