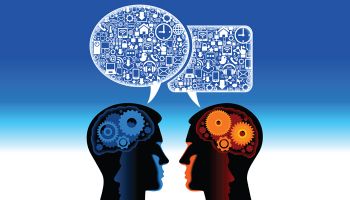 Many banks continue to weigh the pros and cons of social media before jumping in, but Paducah Bank was an early adopter. The Paducah, Ky.-based bank was among the first in its area to get on Facebook over six years ago; the CEO saw social media as an opportunity.

“Often it’s the opposite—it’s the leadership of the bank that doesn’t want you to get on,” says Susan Guess, marketing director and senior vice-president at the $546 million-assets bank.

It isn’t afraid to experiment with new platforms, either. Paducah Bank recently put together a high school social media team, which it hopes will provide new insights and platforms to explore, like Snapchat.

“I want to gain some energy and synergy around young people and for them to push me to look at other channels,” says Guess. “It’s important to hear other voices.”

Guess added her own voice on the subject during a panel at the recent CSI Customer Conference. Her social media advice was broken down into five points.

1. Don’t invest too much in land you don’t own.

A bank doesn’t own social media platforms. It owns its website, which should be the main information hub.

“We want to push people back to the website, but we certainly don’t ignore the value that those social media channels bring in terms of spreading that message,” says Guess.

For banks, the biggest barrier to social media entry is usually fear of reputational risks. The real risk: missing out.

“Reputational risk is greater when [banks are] not on social media, because people are talking about them anyway,” says Guess. “If you have social media channels, you control that conversation. You’re able to provide an outlet and to help those people that have frustrations.”

There are compliance fears, too. But since the bank controls content and can edit its posts, they’re often unfounded.

An overabundance of caution can derail the best intentions. “Sometimes the words get ‘pushed down’ so hard, [the message] becomes very flat and loses a lot of the personality of who you are,” Guess says.

Personality is big when it comes to connecting with followers on social media. Guess urges banks to tell their stories. Rather than scheduling content weeks or months in advance, “look up and around every day and see what’s going on at the bank, what’s going on in the community.”

4. Bring value and connect with customers.

Relevant and engaging content will automatically bring value to social media users, but Paducah Bank has gone beyond this in an effort to help its small business customers, which often have little to no marketing budgets.

In honor of National Cheeseburger Day, the bank created a Facebook post, instructing followers to like and comment on it for a chance to win a $50 gift card to a local burger restaurant, a customer of the bank. The impact was huge: 16,003 people liked it, 370 people shared it, and 691 commented on it, leading the post to reach a total of about 45,700 people. The customer was thrilled.

The bank has run the same type of promotion for other local businesses. “It’s about us showing the value of being a customer at Paducah Bank,” says Guess, “and showing that we value their business.”

Guess’ last piece of advice is to not take social media too seriously. The bank makes sure to post fun things on its page that engage customers and followers, including contests, community happenings, and Teen of the Week.

More in this category: « Creating a “brand ambassador” program Watch out in Farmers “Hall of Claims” »
back to top