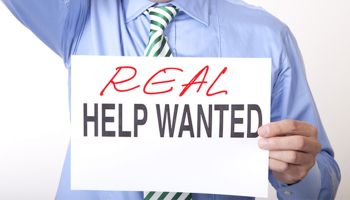 Most of us who regularly read the financial pages of a major newspaper are aware that Microsoft is seeking a new CEO to succeed Steve Balmer, who cofounded Microsoft along with Bill Gates.

Balmer is in his late 50s, and while a bit “young” to retire by ordinary standards of the day, he has very publicly stated that he feels it’s time for him to step aside and let another, younger person both conceive and execute the next phase of the company’s growth and development.

That’s good governance sense. But there’s also a hint that the board of directors is anxious for the coming changes to be strategic and implemented, with an urgency that is otherwise lacking in Mr. Balmer’s style as CEO.

Life as a perennial startup

Microsoft is a company that probably has never really functioned organically as an established, mature enterprise. Entrepreneurial spirit and energy has infused the business from its earliest days. The company culture highly values the individual and the unique contributions each can make to the business. Insiders as well as outsiders have observed that this has resulted in lots of intra-mural competition between business units and created occasional stresses and strains in achieving a cohesive plan and direction for the future. At some level, it seems that Mr. Balmer understands this.

What surprised me is that the name of Alan Mulally, Ford Motor Company’s CEO, ended up on that short list of possible successors. The nature of the cautious comments emanating from Ford Motor’s public relations department suggests to me that Mr. Mulally is seriously considering the opportunity and is cooperating with the search process.

Alan Mulally had a highly successful career as an engineer and manager at Boeing. He is best known by his former colleagues for the successful launch of the 777 airplane, which continues to be a major product offering of the company. At Ford, he set about to remake the culture and create a company that functioned efficiently and competitively while at the same time was one of the largest industrial companies in the world. We all know the story of how Ford avoided bankruptcy several years ago while the remainder of the industry ended up in financial shambles.

Superficially, at least, Microsoft seems far removed from aircraft development and manufacturing, not to mention the car business. One thing, though, that the three companies, Boeing, Ford, and Microsoft have in common, is size. They are huge businesses and the skill sets to run large businesses compared to small ones are very different.

Think beyond the surface

I still chuckle at the superficial judgments of some on what those differences really mean in the day to day operating sense.

Many years ago my bank got a new president from outside the holding company. He came to the bank his first day from a much larger bank in a market a thousand miles from our own. One of his first requests was of his secretary to make copies of a sheaf of documents that he handed her. She scurried away to the copy machine on the other side of the banking platform and when she got back, our new boss asked why she didn’t give the documents to the copy person to perform the job.

“Sir,” she quickly replied, “in this bank I’m the Copying Department and a lot of other things too.”

This small event and a myriad of others early in my working years taught me that running a small business isn’t necessarily easier or harder than running a big one. It’s just different—though the differences can be profound.

But here’s the point that I think makes the Mulally name such an interesting one for Microsoft. He knows how to run a big company and gain the cooperation and trust of a number of otherwise diverse if not disparate constituents. Labor, management, rank and file, suppliers, stockholders, creditors and the consuming public are all part of what it takes in the management sense to make it all work.

Microsoft is no longer the haven of the entrepreneurs or to use an aviation analogy, “scarf and goggles” sorts of managers. To run Microsoft today requires an understanding of resource allocation—the types and degree of resources and how to acquire and ration them intelligently.

Perhaps Balmer is still the entrepreneur at heart and is less concerned with resource allocation than nurturing the creative juices of the men and women in the lab. Businesses need both but the mix has to be appropriate for the size of the business and its particular stage of development.

Who is running your operation?

What does this have to do with community banking, you might ask?

For at least the remainder of the current decade, bank managers will have to develop survival strategies to steer their banks through the changes that are inevitably headed their way. We operate in an industry of scale. Small banks will require specific niches—geographic or product in nature—to compete with the banking giants that are already very experienced in practicing a Pac Man strategy to growth.

Where are the mid-sized community banks today going to find the talent necessary to successfully drive through the thicket and emerge with the right combination of size, product offering and skill sets of its staff?

Some will figure it out while others will never understand what hit them. At stake are issues that comprise the heart and soul of community banking. Who will be looking out for the depositors and customers of each bank that is a candidate for merger or acquisition?

By ignoring the differences are we implicitly saying that one bank is like another?  I’ve never thought that and even if I did, I’d never acknowledge it as to cede this point is to say no one has a competitive advantage.

I’m not sure we’re thinking hard enough or deeply enough on what is a truly existential issue for each of us who pride ourselves on being community bankers. We need skill sets appropriate to silos of activity but even more importantly, we need the skills to integrate who we are what we have in terms of resources to be competitive factors into the next generation.

Some homework for you

Next time senior management gathers around the conference room table, make a quick assessment of the skills and talent.

Do you like what you see?  If not, it may be time to think about the next steps for the bank and perhaps for your own careers. The next few years will probably be unlike anything we’ve ever experienced as bankers.

More in this category: « Where will the next generation of smart lenders come from? How do we make tomorrow better, this time around? »
back to top