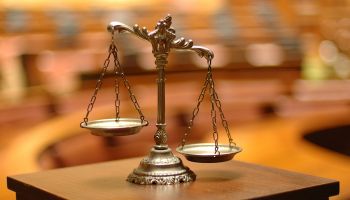 One of the enduring consequences of the recent recession appears to be a general consensus among members of the public that there has been a lack of accountability by those who are widely believed to have contributed to the severity of the economic downturn. The consensus holds that the massive losses and damage have not been accompanied by a significant price paid in economic terms by the great majority of those involved in creating the problems.

I suppose this viewpoint is inevitable. The issue of bank size has been so durable in the wake of the banking crisis and in significant provisions of the Dodd-Frank Wall Street Reform and Consumer Protective Act. It has become tied to the government-coined issue of “Too Big To Jail.”

One question, though, is whether this is a logical and justifiable connection or a “false equivalency”? In pondering this issue, I looked back over the long historical term.

Looking back at the Continental Illinois failure

The term “too big to fail” became formally associated with the federal rescue of Continental Illinois National Bank and Trust Company in May 1984. The bank’s solvency was undermined as a direct consequence of losses in energy-related credits originated by Oklahoma City’s Penn Square Bank. Penn Square was seized in the summer of 1982. The continued erosion of the commodity price of oil over the next nearly two years ultimately doomed Continental Illinois to a liquidity run when it became increasingly clear that the bank faced insolvency.

The Federal Reserve and FDIC stepped in to prevent its collapse in May 1984, following a run on its deposits of over $10 billion. At the time, it was the seventh-largest commercial bank by deposits and had total assets of approximately $40 billion. It represented the largest failure in American banking history until 2008’s Washington Mutual failure.

I think that there are two interesting historical facts about the collapse of Continental Illinois. First was the direct risk to the cash deposits of many of the largest corporate enterprises in the U.S., many of which were banked by Continental Illinois. Second, the head of energy lending at the bank, John Lytle, under whose direction much of the bank’s ultimately troubled oil and gas credits were acquired, was convicted of taking bribes in connection with several loans made under his supervision. He served three and a half years in the federal penitentiary for his crimes, and notably did not escape a significant degree of personal accountability.

Considering accountability—how far should it go?

I believe, as do many banking practitioners, that the political response to the financial crisis of the last several years has been more punitive than corrective. Given how painful the collapse was, it’s no surprise that there was a cry for vengeance and “justice.” But is it appropriate?

Inevitably, this question draws into the discussion the failure of the major accounting firm, Arthur Andersen, in 1992. The firm, auditors to Enron, was convicted in federal court of a felony relating to criminal actions in destroying documents in an ongoing criminal investigation of the collapse of Enron.

Under SEC rules, convicted felons may not perform audit services for companies subject to SEC jurisdiction.

With that single criminal conviction, the accounting firm’s business model was destroyed. Its continuation as a viable auditing firm became impossible.

It’s hard to argue there were not personal consequences to members and employees of “Arthur” (as it was often called in financial circles). Partners lost their wealth centered in their equity in the firm. Ten thousand people, from partners down to mailroom clerks, lost their livelihoods.

Mostly forgotten by the current crop of business pundits today was that the criminal conviction was subsequently overturned on appeal, based on a judge’s seriously flawed instructions to the jury.

Perhaps the firm was too far gone, in sense of reputation risk, to have survived. We’ll never know. But the criminal conviction arguably was a final and insurmountable injury to the firm’s viability.

Ultimately, as our government pursues justice, the question needs to be asked, do you punish a few by putting a business employing thousands out of business?

How far should punishment go?

There are two cases currently in the news of alleged misconduct where the Arthur Andersen issues appear to be very similar—Credit Suisse’s agreement to pay a $2.6 billion fine for allegedly aiding tax evasion by U.S. citizens and the alleged failure of BNP Paribas, one of the world’s largest banking companies, to comply with sanctions imposed by the U.S. on the government of Iran.

In the Credit Suisse case, there is a negotiated component whereby the regulatory authorities have agreed to suspend the application of any administrative actions of a punitive nature that would materially disrupt the basic business of the bank. This could include licenses to conduct banking business and investment management and advisory businesses in the United States. The BNP Paribas case is still under active negotiation and there is no timetable to its likely completion nor any assurance that it will be resolved without litigation.

I can understand the frustration of many of our citizens, including some in positions of political power and influence, when I ponder such cases. These reactions are rooted in a belief that there has been a lack of broad-based penalties and punishments for the largest perpetrators of alleged financial misconduct and crimes. As unpopular as the legislation is, it’s plain that the enactment of Dodd-Frank has not satisfied the public’s desire for effective retribution against banks and bankers.

However, the headlines of some of these signal events in our relatively recent financial history indicate that actions have consequences. We seem to relive the worst of our business experiences every generation or so. I wonder if the sense of accountability and responsibility will be more finely tuned the next time around.

More in this category: « Don’t forget when to shut up It’s a good life, after all »
back to top