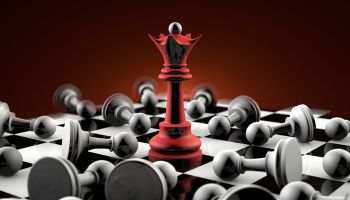 For at least the past 25 years—a quarter century—bankers have been nervously eyeing the shrinking number of banks. Within this relatively brief span of time, we have seen the number of insured banks plummet from about 18,000 institutions to 6,239 at Sept. 30, 2015.

When ranked by asset size it’s the community banking segment, those banks of a billion dollars or less in total assets, that have lost the greatest numbers. While a relative few have failed, the overwhelming majority have merged, creating an inexorable trend to larger average asset size. Insured institutions now average approximately $2.5 billion in total assets compared to approximately $1.2 billion only 10 years ago.

Much has been written throughout the period explaining from various perspectives what the motivations and economic forces have been producing these results.

Technology, especially today but not exclusively so, is an obvious contributor. But you can never discount politics. Political considerations have also been a significant factor—and almost anonymously.

Politics and banking is nothing new, in a sense.

From the earliest days of our country, there has been a tension between rural and urban interests—farmers versus city dwellers. The antipathy and distrust of rural interests caused the cessation of the Bank of the United States in 1811 after only 20 years of existence. This was our country’s first central bank when the Congress failed to extend its charter.

We then went over 100 years before the Federal Reserve System was created. In the meanwhile, state-chartered banks comprised our entire banking system until the passage of the National Banking Act of 1863, legislation primarily fashioned to finance the Union’s war effort.

So politics is nothing new to banking. State legislatures permitting varying degrees of branching produced a patchwork quilt of permissiveness until the 1980s, when truly national banking by geography was finally enacted by Congress, superseding the individual states’ limitations.

Many if not most bankers attribute the changes in banking to technological developments. But it seems to me it was the sum of the geographical limitations of permissible activities that banks could legally perform were the true obstacles to progress. As it is now, technology was the “disruptor,” rather than primarily the “enabler.”  Technology—voice, picture and digital transmission in particular—were the means around the physical limitations imposed by state law.

In the relatively few years since the Great Recession, many banks elected to consolidate primarily in response to the enormous increase in the burdens of compliance. Banking has always been a business of scale and the latest push is easily understood as the industry’s response to that.

However, this time, it’s government activity directed toward the specifics of the “how” with little or nothing to do with the “why”—other than a visceral dislike for certain practices or businesses by congressional staffers who largely fashioned the legislation.

The trend lines toward fewer banks and larger average bank size continue as before. But bankers are becoming convinced this time that the policies of the federal government are deliberately causing the shrinkage.

This is still an urgent matter on the minds of most bankers. It’s also a concern of many medium-size and smaller cities and towns that they are losing important local representation in their economic affairs.

Are we missing the really big picture?

But is this all that is happening? Is it just that a smattering of community banks have chosen to give up the compliance fight and sell out because of an increasingly oppressive compliance environment?

I have become personally concerned that the shifts that are afoot of a political nature aimed at the very independence of banking as all of us have grown up to understand it. Business models that are primarily aimed at serving customers and doing business in customer-centric ways are becoming harder and harder to sustain.

What seems to be happening is that progressive government is usurping hitherto free market rules and practices.

How else are we to understand the complexity of Dodd-Frank that the bill’s sponsors fatuously claim is making banking safer while systematically imposing wasteful and counter productive activity?

Regularly we hear tales of banks and bankers intimidated and driven away from serving customers that are by regulatory judgment unsafe or unsound. Where in the welter of law and regulation are the prohibitions against payday lenders, casinos, medical marijuana growers, and vendors that are otherwise conducting business pursuant to law in their respective states?

To experienced hands like me, this smacks of credit allocation—a threat the industry has faced before.

The Federal Reserve is under “attack” by members of Congress for the conduct of monetary policy. This is abundantly displayed when the head of the Federal Reserve sits before congressional committees and endures hostile questions aimed at impugning the motivations and the results of the nation’s central banking system’s policies and programs.

And why, might some ask, are the regulatory and legislative usurpers complacent in the growth of larger institutions of ever increasing asset size?

Could it be that larger banks are easier to influence—or control—by government?

What is the source of this newfound fondness for oligopolistic businesses?

We can’t forget that bankers are unpopular right now for the wrongs that the representatives of many of the largest institutions perpetrated against the banking public in the frothy years leading up to the Great Recession. As the lawyers say, “We have dirty hands.” And for some, though far from all, that’s true.

Are bankers attacking the right targets?

We’re railing against regulation rather than the forces that create and sustain such pernicious activity. We’ve taking our eye off the ball. What’s happening now is that government is conducting a stealth operation to deprive us of the way we conduct our business. Let’s call out that activity for what it is.

There was a memorable cartoon in the financial press in the mid-1980s at the high point of bank failures of that decade. It depicted two men in business suits walking into a big office building carrying brief cases labeled “FDIC.”

The cartoon’s caption was “American Terrorists.”  Perhaps the brief cases today should be labeled “U. S. Government.”

More in this category: « The 7 Cs of the Credit Committee Let’s not do CRE trouble all over again »
back to top

Group will provide a platform for companies to levera...

US ranks high in the International Finance Forum Global Finance a… 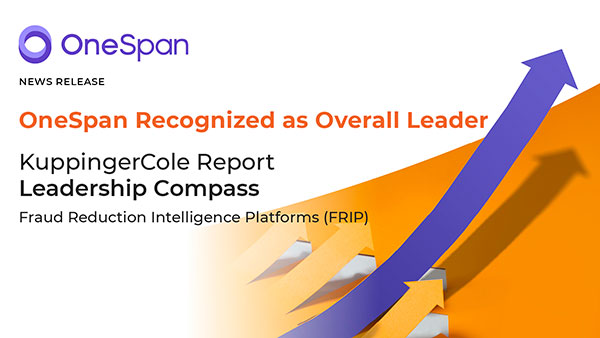