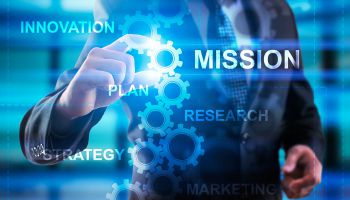 We’ve asked several Banking Exchange bloggers and other contributors to examine the Wells Fargo affair from the vantage of their areas of specialty. With this entry in our series, Talking Credit’s Ed O’Leary explores how business behavior can be positively influenced.—Steve Cocheo, executive editor and digital content manager

It’s been many years since I reported for my first day of work at The Bank of New York at 48 Wall Street. The intervening time for me has been productive, rewarding, and enjoyable.

I wish more bankers working today shared that feeling. Today I sense that many people in banking, especially those who are relatively new to the business, may be having serious second thoughts about banking as a long-term career.

Much of our shared discomfort today has been caused by the assaults to the reputations of each of us who earn our principal livelihood as bankers.

To a very high degree, our pain could have been avoided.

We need to do better

Within the lending area of any bank, the credit policy is usually the most authoritative document. I’ve written several over the course of my career. I think it’s time to devote the same level of energy and consistency to the statements describing acceptable workplace behaviors and expectations of what’s normal for interpersonal relationships across all functional areas of the banking business.

All of us have been betrayed by the aberrant behaviors of employees and agents of mostly very large banks, those companies that are now thought by some to be too big to manage.

However, can we agree though that in recent years there has been a general decline in acceptable standards of public behavior that transcend particular career paths?

This is not an issue unique to banks or banking.

Most companies today have formal Mission, Vision, and Values statements. Some of them are not terribly well written.

Why so? Principally, I think, because they are often stuffed with platitudes and abstractions. They are written from the perspective of the “ideal.” No one lives or works there.

They describe what companies would like to see in a well-ordered and logical world, with insufficient consideration of the day-to-day hustle and bustle of customer interactions. Maybe lenders and financial services representatives should principally author these instead, or at least have some meaningful input. A perspective from the trenches should inform the development of such statements.

Over a long career, I’ve experienced working life at six banking companies, a public utility, and the U. S. Army.

Other than the military, I can never recall any of these companies making a serious attempt to teach my colleagues or me the intent of their values statements. To be sure, the contents seem obvious on their face. But no one from “mahogany row” told us what and why these things were “important.”

Banks dusting off their statements

I sense that things are changing in the wake of the Wells Fargo disclosures. Companies will be spending a great deal of time and effort on setting and recalibrating their expectations of workplace behaviors and values.

For several years I chaired the Character Counts Community Coalition in Albuquerque. While the schools were heavily invested in Character Counts, I was involved at the Chamber of Commerce level and other civic venues in exploring and examining how businesses could invest their workplaces with values and behavioral guidance to improve the workplace environments.

I don’t presume to give advice to industry giants that are probably “too big to manage” in many respects. Rather, I want to speak to the community banks and small regionals whose people at most all levels can viscerally understand both the customer and the employee experience in the day-to-day activities of their businesses.

So here are my observations and suggestions on Mission, Vision, and Values statements and making them more relevant, understandable and integrated.

• Mission Statement—It’s what we do.

It should be brief, memorable, and impactful. It should be no more than a couple of sentences. If you have to look it up to say it, it’s too long.

• Vision Statement—It’s what we want to become.

Think of it as a press release, written today, to be distributed three or five years hence describing the then-current situation of your company’s results in terms of its values.

It’s not what you are but rather what you aspire to become as if you were successful in doing these certain things.

• Values Statement—Those are the norms and ideas that guide us.

Keep the list short and express yourself in relatively few words or phrases.

Avoid platitudes. They are the kiss of death to credibility.

Once you’ve developed these three interrelated pieces, introduce them to the employees using a consistent vocabulary. Don’t assume that everyone will understand them the same way.

Develop a “language” of ethical behavior. Institutionalize key words of that language in the written and spoken word in the company.

Pushing messages off the plaques and into the job

Now, make it mean something.

• Embed these words and phrases in employee evaluations, employment applications, awards, and recognitions and the everyday written communications with customers and employees. They are brand “descriptors.” And these communications are where your employees live.

• Encourage senior managers to meet face-to-face with employees regularly in town hall venues or take a few minutes throughout the year in other settings where significant numbers of employees are gathered.

• Don’t assume that employees know and understand what your expectations are. Many do—but some may not. In today’s environment, no bank can afford to make assumptions around important if not critical topics such as these.

Then, if you’re satisfied that you’ve done all you can reasonably do to be sure that your expectations are known, apply appropriate doses of accountability.

Keep in mind that any manager who ignores bad behaviors has just set a new behavioral standard for his or her company.

New employees will learn more about the culture of your company in their first day on the job by simply watching and listening to what’s going on around them. Contrast this to what’s likely absorbed in a week spent reading policy and procedure manuals.

What’s actually done is so much more persuasive than what’s said.

Values form the bedrock of culture in every workplace, whether they are formally expressed or not. Think about how compliance officers go about their work. They spend a great deal of time teaching the standards required of a rule or regulation before they undertake to inspect and assure compliance with these standards.

Managers should apply the same logic and discipline in laying out the company’s behavioral expectations. Only then should the standards of individual responsibility for one’s actions be applicable.

Where possible, use language exhorting “more and better” in terms of personal behaviors rather than a set of “do and don’t” rules.

Would you rather administer behaviors supporting a corporate culture in terms of the Ten Commandments or the Beatitudes?

More in this category: « 3 gut reactions to Wells Fargo hearing Selling and banking can’t be strangers »
back to top