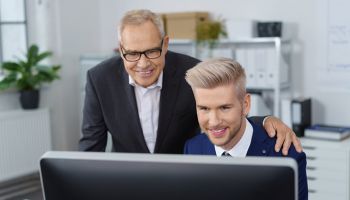 I continue to be engaged in discussions with bankers and others over a possible “talent shortage” within the industry. At its root I believe is the pervasive issue of reputation risk.

This last week I had a lengthy conversation with a longtime friend who has been advising his nephew on career options.

The young man expects to graduate from college later this year with a bachelor’s degree. While his studies have been concentrated in business subjects, he seems reluctant to consider the financial service sector as a career choice.

My friend asked me how he might suggest the merits and advantages of a banking career to his perplexed nephew.

First of all, I explained that banks of almost any size need individuals trained in a variety of disciplines—analysis, investments, marketing, operations, human resources, and the like. Banks are like any large corporation with needs a wide range of functions handled.

After prefacing my thoughts by observing that I cannot imagine having done anything more interesting or useful than starting as a bank lending officer and pursuing opportunities on that side of the business, I launched into my reasons applicable to most any young person for considering a bank lending career.

Lending jobs, particularly as banks increase in size, require the ability to analyze financial information. In lenders’ shorthand, this is the “Capacity” C of Credit, A basic to all lending activity, it’s somewhat specialized analysis by its purpose.

Then, there is the sales dimension to being a bank lender. There are three separate and distinct aspects or “targets” of this activity: the prospect himself for the bank; the deal itself for the prospect; and the credit committee. Each is different and each is critical for ultimate success.

• First, the lending prospect has to be persuaded that he should do business with the bank—or, if already a depositor, on the idea that his next borrowing transaction should be with your bank.

The competition for good prospects and loans is enormous.

• The second challenge is that the proposal you pitch has to be something that the borrower believes is good for the business.

It should be reasonable and competitive as to terms and conditions and there must be a sense of value added by virtue of dealing with you and your institution.

Only in times of general financial duress is there a notable drop in the level of competition. One convenient example of this is the interest rate. I’ve had many customers and prospects remind me that I’m not the only deal in town. They would ask, “Why should I pay you the extra quarter point that you ask for compared to another offer?” (My retort has always been that after Uncle Sam’s taxes, it’s as much as a third less—and that I’m worth it.)

• The final sales challenge is within the bank itself.

The persons responsible for the bank’s lending process must be convinced that the proposal is sound and represents a reasonable and prudent risk. Selling a loan deal at this stage of the negotiating process is not necessarily automatic and often turns on the lender’s analysis of the borrower’s financials as well as the cogency of the lender’s presentation.

Presenting your deal internally can also be an ethical balancing act. How you fairly present your sense of the credit risk inherent in the transaction is important. To knowingly minimize or understate credit risk is at least borderline unethical.

Beyond the loan approval and the subsequent funding of the transaction that occurs at a point in the loan cycle, the lender must then supervise the borrower’s activities. He or she becomes a watchman as well as a person skilled in interpersonal relationships during the term of the loan.

I used to work for a bank president who was fond of saying that a loan, any loan, gets better or worse each day. It is never static. So it’s the loan officer’s job—duty, really—to know the approximate health and status of each loan under his care over the term of the loan often covering a period of several years.

When and if something goes amiss, then often an additional set of skills and competencies become important to assure ultimate repayment.

In the normal course of business, the lender faces challenges to be overcome and dealt with. Success brings considerable professional satisfaction and success is measured in terms of personal, professional, and community benefit. Customers really do understand that their lenders have been of significant importance for their success as well. Most will freely express their appreciation.

Success begets more success as the lender successfully ties the customer to the bank in terms of personal loyalty and professionalism over time and multiple transactions and services.

Banking is about people

Banking is a relationship business and the relationship is measured by the cumulative totality of the contributions by each single transaction to the whole.

But make no mistake. The principal tie is person to person, not the quarter of a percent in the borrowing rate.

The lending officer through these relationships not only enhances the prosperity of his customers but also of his or her institution. Lenders can see and feel the impact they make and the feedback from customers is like the icing on the cake.

So these are my thoughts on why I’ve enjoyed a banking career. True enough, I’ve had specific skill sets that have contributed to my overall success and for those same reasons, I’ve not pursued other types of functional work within the bank. It takes many different though complementary skill sets to grow a bank these days. I just was endowed with certain ones that complimented the lending area.

Thinking of lending as a career shouldn’t be relegated to the notion of glad-handed salesman or necessarily a person with a green eyeshade. There are plenty of introverts who are successful lenders and plenty of salesman-types who fall flat on their faces as lenders.

There aren’t many job descriptions covering positions like that. And we’re perhaps entering a period of strategic decline in developing and maintaining an appropriate level of staffing needed for our future.

Pay attention. This is serious.

More in this category: « Workplace dysfunction costs lenders What are credit signs telling us? »
back to top