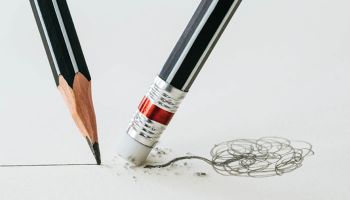 Several years ago, as credit administrator of a regional bank located in Oklahoma City, I was given the additional assignment of Community Reinvestment Officer. The job had previously been a part-time responsibility of the bank’s lobbyist.

The bank’s CEO was given a “heads up” by the OCC that the function did not appear to be receiving sufficient attention. The warning was that it would be well if he could reinvigorate the process prior to the next safety and soundness exam that was expected in three or four months.

Naturally, I had a “Why me, Lord?” sort of reaction to my new duties.

But in short order it became clear that Credit Administration was a logical place on the organization chart for the function. I quickly learned that an effective Community Reinvestment Act program under the regs then in effect was very labor intensive. Credit Administration had many hands. The duties could be absorbed with relative ease when distributed among the day-to-day work of a large department.

But my new task did require some oversight, coordination, and a serious sense of purpose.

I got right to work building the sorts of activities—and the paper trails—necessary to demonstrate a seriousness of purpose. I had a healthy skepticism that we’d have results commensurate with the resources expended.

But that wasn’t the point, I thought. It was the “show” that counted.

To get everyone’s attention within the bank—executive management, board of directors, front-line customer contact people, and the like was not difficult. I just baked it into the day-to-day credit-related communications and had excellent cooperation from just about everyone—including my fellow skeptics in management.

Even where I needed the active assistance of other department managers, I had that. This cooperation came thanks to the firm words of the bank’s CEO and the clear expectation that everyone’s cooperation was both needed and expected.

I became an agenda item at every board meeting and found numerous ways to insert mention of CRA into the credit extension processes.

A few months later, the safety and soundness exam came and went. We got a Satisfactory rating. As for myself, I received a quiet compliment and acknowledgment from the CEO that without the vigorous intervention at many levels of the bank, the CRA portion of the exam would likely have been something of a disaster. I was also assured that the effort merited an Outstanding rating if the level of our activity was sustained.

And then traction developed

But then something happened—or several “somethings” happened.

Programs that we put into place began to develop real CRA-related business—the sort of business envisioned by the best intentions of the framers of the law and related regulations.

My bank was a big real estate lender and active in the construction of residential and commercial properties. We had strong ties about everywhere that a bank could prudently and successfully lend money in support of real estate development. One important area was neighborhood revitalization, where we loaned money for both the acquisition and rehabbing of residential real estate.

This was a CRA “sweet spot” for us. We could scale up our processes and develop a whole portfolio segment where economies of scale and governmental programs worked to our advantage.

Within a year, what had been a “vice” had become a “virtue.”

We were generating significant amounts of bankable paper and created “dots on the map” that all counted for CRA purposes.

At that point, I had become a convert of sorts to the value of CRA. But I also saw the weaknesses and follies of the approach where one-size-fits-all tended to be the expected business model by the various regulatory agencies.

We made it work to our advantage. But in other banks, without a similar competency and business lines, it would have been a dud in terms of results.

CRA had morphed in the 20 or so years since its enactment in the late 1970s into a paper-shuffling exercise where form over function became paramount.

But then, nearly 20 or so years ago now, back during the Clinton administration, CRA was substantially revised into the familiar “lending, service, and investment” test activities.

Having been an involved “practitioner” of CRA done the old way, I welcomed the changes and thought they were a significant improvement—primarily in the area of common sense.

CRA had overcome its reputation as being a way of compelling banks to lend to minority borrowers to a force for channeling bank lending and community service activities into community areas generally populated by minority members of the community. No longer were we counting dots in census tracts but rather looking at the “use of funds” in areas of the community driven by statistics indicating lagging prosperity indices compared to the community at large.

Many bankers never had the opportunity to see a satisfactory community result on a fairly large scale as I had, so the general skepticism of the industry continued. For this narrow perspective, I blame the examiners in part. Their zeal in collecting arbitrary metrics of compliance (or lack of compliance) simply continued the cat-and-mouse sort of game to a non-satisfactory result for most everyone.

CRA turns into a lever (or a weapon)

CRA had become a club in the hands of community activists by the early 1990s. One day—now in my new capacity as CEO of my bank in Albuquerque—I was planning on attending a bankers’ committee meeting at American Bankers Association headquarters across the street from the Mayflower Hotel in Washington. I stopped in the Mayflower’s lobby for a cup of coffee and to read the front page of the day’s Wall Street Journal.

On the front page (and above the fold) was an article where the metrics of about a large number of large banks’ Home Mortgage Disclosure Act scores were showcased and compared (and I might say “skewered”).

My bank was prominent in that part of the list where the comparisons of lending “turn downs” in minority-identified census tracts were presented in an unflattering way. This began my first of what turned out to be several conflict-laden encounters with community activists promoting their agenda with what I felt were phony statistics or at a minimum, phony analysis.

Community activism and CRA are frequently bedfellows and that’s often been unfair to banks where stories are written with statistics purporting to “prove” a narrow perspective and set of conclusions. These confrontations are often technical in detail and nature and are not fairly presented in 15- and 20-second sort of sound bites.

Where will CRA go now?

Recently, news has come from new Comptroller Joseph Otting and others in the Trump Administration that CRA regulations will again be revised in a major way.

I hope that the occasionally insidious link between what in today’s terms I choose to characterize as “fake news” and commentary on a bank’s activities can be effectively severed in the new regs.

If Congress chooses to write social policy into legislation regulating banking, we as an industry are owed no less than an honest attempt by the lawmakers to channel the use of such information into relevant and useful information to the public.

We live in an environment of “hype” and under heavy clouds of reputation risk as an industry. I hope that the various banking agencies explicitly consider how their work product will be used by narrow and often adversarial interests and tone down the opportunities—and temptations—to exploit these results by those who do not wish us well.

More in this category: « Transparency is a two-way affair Weekend Think: “We live here too” »
back to top