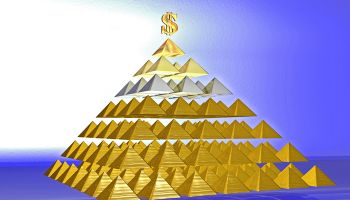 Since the global recession of 2009, the doors on many Ponzi schemes, like the one orchestrated by the infamous Bernie Madoff, have been blown wide open.

The country’s financial crisis, in conjunction with vast media attention, resulted in the unraveling of a host of these kinds of investment scams.  Ponzi schemes are fraudulent arrangements whereby a new investor’s money is used to pay a promised return to previous investors, rather than using profits actually earned from the business operation.

Ponzi schemes require a consistent flow of new investor money,  by definition. It’s how they work.

Hallmarks of Ponzi operators include the advertising of high returns; the misappropriation of investor funds for personal use; innovative marketing strategies; high pressure sales tactics, and the commingling of investment funds with other monies.

Additionally, a common characteristic of Ponzi schemes is delivery of constant uninterrupted returns, usually through promissory notes or monthly/quarterly statements that bear no relation to returns found on the open market, such as the S&P.

Lastly, Ponzi schemes frequently contain unlicensed or exempt sellers or dealers, complex strategies that are difficult to comprehend, and misrepresentations of the security and liquidity of the principal, i.e., “No one has ever lost a dime with one of our investments!”

Largely due to their “Rob Peter to pay Paul” nature, the disintegration of Ponzi schemes usually leaves their defrauded investors with little to no assets for recovery.

Hence, the deep pockets of financial institutions that provided banking services for those perpetrating Ponzi schemes have become the target for large-scale recovery attempts by defrauded investors, based on allegations of negligence and aiding and abetting theories.

The Bank Secrecy Act of 1970 has a list that comprises eight full pages of various red flags that could potentially be indicative of a Ponzi scheme. They include:

• Any kind of reluctance to comply with reporting requirements.

• Fund transfers to, or from, financial secrecy havens.

• Suspicious intracompany transfers, often including unusual or excessive interactions between the client and the financial institution. (This could be a sign that an inside person at the bank is part of the scam.)

• A company’s principals having criminal backgrounds in conjunction with a lack of legitimate business activities and sporadic documentation.

• Bank employees actually working at, or having investments in, the company.

• Evidence that the company was involved with prior litigation involving alleged wrongdoing or regulatory enforcement.

• A continual delivery of services by a bank after the bank has done due diligence on the company’s operations and liquidated its own position in the company’s investment funds.

• The diversion of funds to accounts not listed in deposit instructions, or to personal commodities’ trading accounts.

• Instances in which bank representatives attend investor meetings and misrepresent the bank’s role.

• An implementation of a system by the bank that ensures against the frequent bouncing of company checks.

The Bank Secrecy Act imposes a duty to act if any of these red flags arise at a financial institution.

The first step required is to file a Suspicious Activity Report (SAR) regarding any transaction involving a minimum of $5,000 that the bank has good reason to suspect is derivative of illegal activity. In addition to also requiring financial institutions to report cash payments of over $10,000, the Act requires all financial institutions to report “criminal” or “suspicious” actions that might signify fraudulent activity.

Obligations of this nature under the Bank Secrecy Act are sweeping, and failure to abide can result in millions of dollars in fines and up to five years in prison for knowingly complicit parties.

Next, the Bank Secrecy Act requires banks to adopt a compliance program that is in keeping with the Act.  The bank must be able to show that it is has implemented processes to ensure ongoing compliance.

Generally, when litigants go after banks after being defrauded in a Ponzi scheme, they will want to see the institution’s policies, practices, how it handled specific transactions, and whether there was a prolonged failure to follow its own policies and procedures.

Banks walk a fine line because they can’t pry into clients’ business matters without substantial cause.

And financial institutions can experience backlash when pulling the trigger too fast in terminating a customer relationship.  Yet, while the Bank Secrecy Act provides banks with a safe harbor from liability associated with filing a Suspicious Activity Report, any action thereafter does not shield the bank from liability. Therefore, financial institutions risk getting pulled into civil lawsuits by the terminated client.

As regulators continue to expose massive Ponzi schemes, however, banks are often best erring on the side of caution and terminating the relationship in order to avoid any potential lawsuits that could ensue from defrauded investors.

1. That the Ponzi schemer’s use of the financial institution’s services created a duty between the victim and the bank

2. That the bank breached that duty.

Duty between victim and bank. The first element is particularly difficult to prove for third-party investors because the duty is so specific, and courts are unwilling to rule in favor of a plaintiff merely because of a societal duty or any kind of public policy position.  While courts will generally consider foreseeability and likelihood of injury due to the financial institution’s conduct, they are nevertheless reluctant to rule that a bank owed third-party investors a duty to monitor their investments, since there was no relationship or duty of care between the investor and the financial institution.

This was put to the test in in Florida in 2012 when a group of defrauded third-party investors took on Bank of America, alleging the bank negligently authorized numerous withdrawals, deposits, and wire transfers involving large amounts of money.  They additionally claimed that the transactions were atypical, and that Bank of America should have been aware of the Ponzi scheme.  The court of appeal ultimately exempted the bank from liability, holding that Florida law did not mandate that the bank investigate the atypical transactions.

Aiding and abetting. In most states, in order to prove a bank aided and abetted the fraudulent scheme, a plaintiff must show three elements:

2.  Actual knowledge of the fraud.

3. That substantial assistance was provided to allow the fraud to be perpetrated.

Aiding and abetting lawsuits are a viable way for plaintiffs to avoid the general “no duty” rule. That said, merely proving that a bank was aware of unusual banking procedures is generally not sufficient to recover under these theories.

The substantial assistance component has been defined as:  a defendant affirmatively assisting, helping to conceal, or by virtue of failing to act when required to do so, enabling the fraud to proceed.

Lastly, the actions of the aider or abettor must have proximately caused the alleged harm.  Opening accounts and approving transfers where there is suspicious activity is simply not enough to prove an aiding and abetting charge.

Best practice: due diligence and being proactive

While it is difficult to prove liability of financial institutions to third parties in Ponzi schemes, banks must exercise diligence and care in their procedures.  When one of the many red flags listed above arises, banks would be foolish to simply rely on imperfect protections such as the “no knowledge” or “atypical banking procedure” defenses.

While certainly the exception to the rule, a 2005 federal California court actually ruled that under the specific facts, “utilizing atypical banking procedures” was sufficient to allege actual knowledge.

These are murky waters, and in this environment of uncertainty, being proactive and diligent is of the utmost importance. Although financial institutions cannot control whether a defrauded investor files suit against them, they can control their operations and responses to suspicious activities.

Always complying with the Bank Secrecy Act, which requires financial institutions to assist U.S. government agencies to detect and prevent money laundering, is a good way to minimize risk of exposure to Ponzi schemes.

What the courts have said

At this early stage, the various courts’ decisions are conflicting, and it remains unclear whether the law will ultimately hold financial institutions liable for Ponzi schemes in which they are only peripherally involved.

These claims have been largely based on the principle that under certain federal and state laws, financial institutions are legally required to protect against fraudulent and criminal activities that involve their accounts and other financial services.

Problematically, defending against these claims requires the interpretation of objective facts (financial documents), an imperfect pursuit given that all interpretation is by nature subjective, resulting in lengthy litigation.