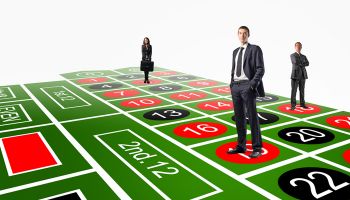 Warren Buffet once observed: “Would anyone say the best way to pick a championship Olympic team is to select the sons and daughters of those who won 20 years ago? Giving someone a favored position just because his old man accomplished something is a crazy way for a society to compete.”

Yet there I was, helping a banker client contemplate exactly that.

Who will lead “Pipik Bank”?

José founded Pipik Bank almost 40 years ago. Now approaching 75, he began to think about the next phase of his life and how a succession plan might be required.

José put forward his only daughter, Sofia, who had spent the past five years managing to both start a family and learn the business. (All names in this article are disguised.)

As I met with father and daughter, we were interrupted several times by the nanny tending to an infant in the next office, turned nursery.

Sofia made the point that because “Daddy” was the sole decision-maker there was no need for a formal succession plan. She promised to take care of his executive team, who had been loyal to him over the years.

Sofia certainly was willing to step into the CEO’s role. We quietly wondered what would be done to prepare Sofia for the job and when José could decide to relinquish it.

Succession in the family-owned bank

Despite Buffet’s disdain for the hereditary selection decision, I have seen many offspring whose 24/7 commitment to the business overcame other leadership weaknesses. The key is not forgetting the “planning” part of management succession planning, even if the “who” has been decided on.

In family-owned banks, succession and promotion decisions are often made based on family needs, not business needs. Remember, the family-owned bank is not just a bank, but a family asset, an investment.

However, even in these circumstances, succession planning is less a matter of a yes-or-no selection decision than about addressing developmental gaps to ensure a smooth generational transition. This is where an independent third party can provide the objective analysis and distance to support quality decision-making.

Even though the successor may have been chosen, there is no reason to skip other components of a succession planning process. Assessments, including psychometric testing, competency testing, and 360 degree evaluations, help determine where the gaps in the individual’s strengths lie. Once weak spots have been identified, learning programs can be put into place to help close them.

This can be shored up through formal training, and putting the family candidate into situations that help develop the skill.

This can be gained through a combination of formal education in strategy (there are many good one- or two-week executive courses) and short-term assignments that require the application of the learning.

The key is to provide the coaching and follow up necessary to ensure that learning needs are met.

A single solution may not be necessary

Oh, and there is a fallback too. The candidate doesn’t have to go it alone.

I sometimes recommend that staff be appointed to provide the missing pieces for the family member who is succeeding to the top role.

Sometimes it’s as simple as inserting a strong admin person to help a disorganized executive. Other times, a chief of staff can provide the coordination required to handle multiple departments.

In Sofia’s case, a versatile executive assistant helps her to juggle the competing demands of work and family.