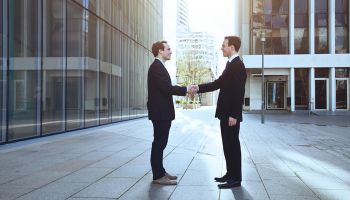 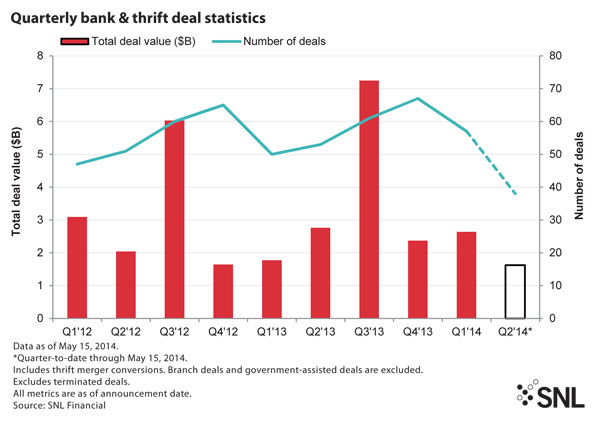 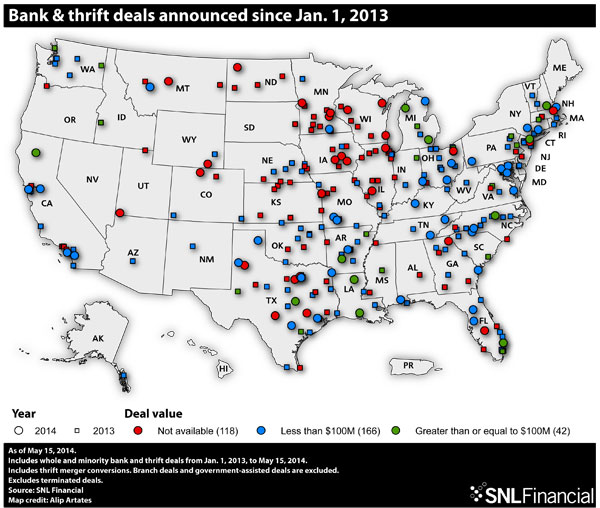 Second on the list is the acquisition of Houston-based BOH Holdings Inc. by McKinney, Texas-based Independent Bank, a unit of Independent Bank Group Inc. The cash-and-stock transaction, announced Nov. 21, 2013, carried a price-to-tangible book ratio of 262.37%.

With an announced price-to-tangible book value ratio of 257.89%, Houston-based Prosperity Bancshares Inc.'s acquisition of Victoria, Texas-based FVNB Corp. gained the third spot on the most expensive deals list. The company ended up paying 289.6% of tangible book value at closing.

The most expensive deal so far in 2014 is Tupelo, Miss.-based BancorpSouth Inc.'s planned acquisition of Monroe, La.-based Ouachita Bancshares Corp., with a price-to-tangible book value of 219.72%. The cash-and-stock deal, valued at $112.0 million, grabbed the fifth position on the list of most expensive deals announced since Jan. 1, 2013. 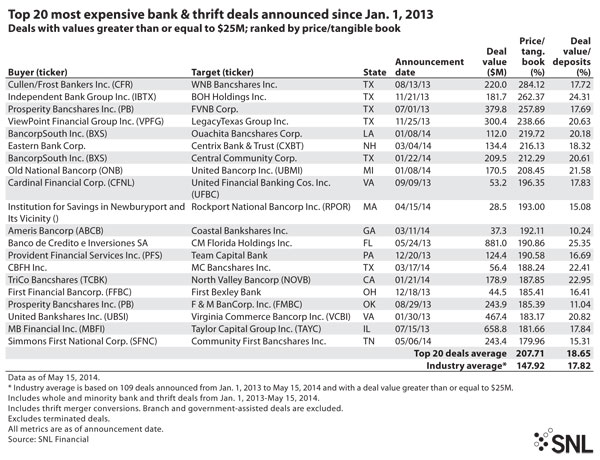 PacWest Bancorp's deal to buy Los Angeles-based CapitalSource Inc. for $2.4 billion topped the list of largest deals since Jan. 1, 2013. The deal was closed in April 2014, and the final value paid by the acquirer rose to approximately $3.2 billion.

Coming in second on the list of largest deals is Portland, Ore.-based Umpqua Holdings Corp.'s purchase of Spokane, Wash.-based Sterling Financial Corp. for about $2.0 billion.

The largest whole-bank deal announced in 2014 so far, in terms of deal value, is the acquisition of OmniAmerican Bancorp by Southside Bancshares, which secured the tenth position on the list of the largest deals announced since the outset of 2013. 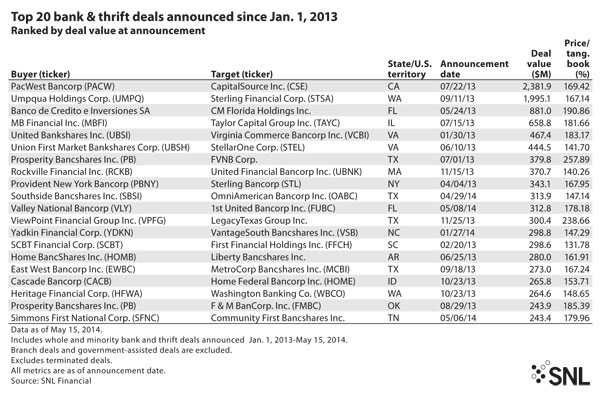 • Fort Worth, Texas-based Carlisle Bancshares Inc. unit Northstar Bank of Texas agreed to acquire Fort Worth-based Community Bankers Inc. The terms of the deal, announced May 15, were not disclosed.

• Tioga, N.D.-based Bank of Tioga, a unit of Tioga Bank Holding Co., is set to be acquired by Treynor, Iowa-based Treynor Bancshares Inc. unit Treynor State Bank. The terms of the deal, announced May 13, were not disclosed.

• Maringouin, La.-based Banque of Maringouin Holding Co. Inc. is set to be acquired by New Roads, La.-based Guaranty Bank and Trust Co., a unit of Great Guaranty Bancshares Inc. The terms of the cash deal, announced May 2, were not disclosed.

• Fort Worth-based OmniAmerican Bancorp Inc. is set to be acquired by Tyler, Texas-based Southside Bank, a subsidiary of Southside Bancshares Inc. The deal, announced April 29, was valued at $313.9 million.

• Marietta, Ga.-based First Landmark Bank on April 28 announced its plans to acquire Atlanta-based Midtown Bank & Trust Co. The terms of the deal were not disclosed.