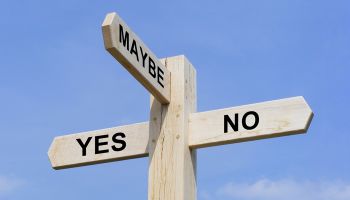 Recently, I have had a string of opportunities to assist clients in acquisition transactions where the target has a net operating loss carryforward.

Now, most community bank acquirers naturally assume that such a target corporation is more valuable because, post-acquisition, they will be able to take advantage of the target’s NOL.

There is much confusion regarding the treatment of net operating losses in a community bank acquisition. The rules are detailed and confusing.

The purpose of this blog is to identify the issue and give you a broad brush picture of the rules as contained in Section 382 of the Internal Revenue Code. The bottom line: If there is a change in ownership, under Section 382, some portion—or even all—of the net operating losses may not be available for use by the purchaser.

Section 382 limits a “Loss Corporation’s” ability to carry forward net operating losses if an “Ownership Change,” as defined in Section 382, has occurred.

Section 382’s definition holds that such a change occurs if the major shareholders, as a result of a triggering event—in this case, an acquisition—increase their ownership in a Loss Corporation by more than 50 percentage points.

• Keep in mind, most community bank acquisitions would result in a change in ownership in a Loss Corporation by anywhere from 40% to 100%.

• Keep in mind also that the Section 382 limitations are not only applicable in an acquisition transaction where 100% of the stock of the Loss Corporation is acquired, but also in the event of a private placement where less than a 100% ownership change occurs.

For example, a shareholder owning no shares on April 1, increasing its ownership to 8% of the outstanding common stock on June 1, would cause an 8 percentage point increase in ownership.

That increase, along with the increases for all other major shareholders, will be aggregated on the date of any ownership change. (Note that the calculation also applies to the less-than-5% shareholders category, as a group.) If that aggregate increase exceeds 50 percentage points, the company will have undergone an ownership change and will be subject to the Section 382 Limitation.

As a quick example, assume a community bank holding company is acquiring another community bank and its holding company. The target company has $2 million in net operating loss carryforwards. These can be carried forward for 20 years. The acquisition will result in an ownership change as defined in Section 382. Assume that at the time of the acquisition the value of the target company is $10 million. In this situation, the Section 382 Limitation would be $240,000, meaning the acquirer could shield $240,000 of income from taxation on an annual basis until the entirety of the $2 million in net operating loss carryforwards was used.

How this factors into decisions

As a practical matter, in the community bank acquisition context, the key issues an acquirer needs to be concerned with are:

1. Does the target have a net operating loss carryforward?

2. Will the transaction cause a change in control?  (Generally, yes.)

3. What is the Section 382 limitation, which is the value of the Loss Corporation on the date of closing multiplied by the IRS long-term tax exempt rate (which for April is 2.47%)?

4. Will all of the target’s net operating loss carryforwards be used at some point in the future?

• If the answer to the final question is yes, there is no adjustment necessary to the target’s equity.

• If all of the target’s net operating loss carryforwards will not be used in the future, the amounts that are not used should be assumed to be written off in determining the target’s equity.

As those of you who have been through an acquisition involving a target with net operating loss carryforwards well know, the rules and regulations applicable to Section 382 are extensive. This has only been a simplified summary.

However, we are seeing targets with net operating loss carryforwards pop up in some deals lately, and anyone considering engaging in a community bank merger transaction should be aware of these issues.