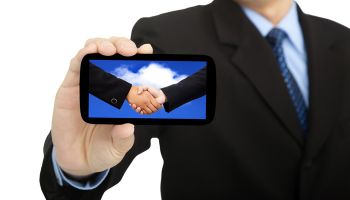 The human element trumps technology when it comes to the most sensitive of banking matters—although most customers most trust banks that have the latest technology.

So says a survey from U.S. Bank, which found that approximately 70% of consumers across all generations  believe banks that are current with the latest technology are more trustworthy than banks that lag. (That hit 85% among millennials.)

However, nearly four out of five Americans say when it matters most, they value people more.

There is a rapid decline in some traditional banking methods, according to the U.S. Bank survey. Specifically, 29% of millennials report they have never written a check, compared to 16% of Gen X and 13% of baby boomers.

But most fear “all-digital” service

Despite the decline in paper checks, the survey also found people are not in favor of completely digitizing personal engagement. Almost two-thirds (63%) of Americans believe they will never make all of their financial transactions digitally.

Nearly 80% of consumers fear bad customer service from banks that “go completely digital,” according to the survey. That could explain why 86% plan to bank in physical branches over the next five years.

Further emphasizing the desire for personal interaction, eight out of ten Americans prefer working with a professional banker instead of a virtual one to resolve issues.

“Consumers are challenging the industry to meet them where they are, and that requires a mastery of the delicate balance between convenience, security, and personalized engagement,” says Dominic Venturo, chief innovation officer at U.S. Bank.

Grandpa can be more daring

In some instances, older generations are even more receptive to new technology than millennials, who are traditionally thought of as early adopters.

Two out of five (41%) of respondents who are 65 years or older say they would sign for purchases with an eye scan, compared to 22% of those between the ages of 18 and 24.

Furthermore, those in the 65-plus age group (24%) were almost twice as likely to try a biochip implant for making payments and all banking transactions as all other age groups. 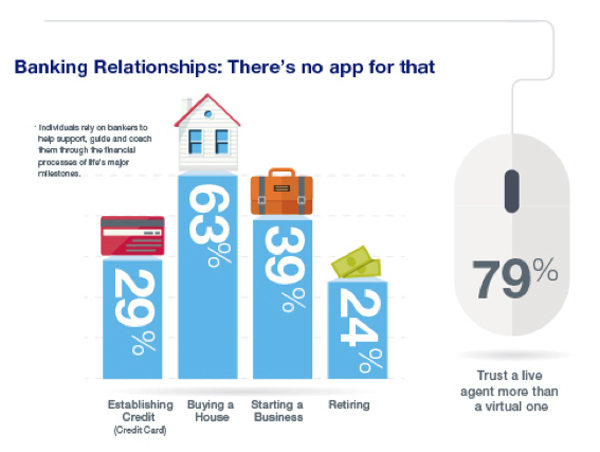