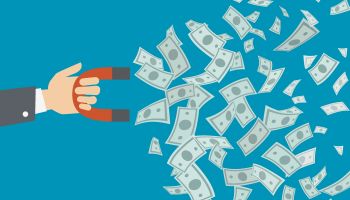 Debt issuance activity among community and regional banks is picking up after a slow start to the year.

Five community and regional banks announced plans recently to tap the debt markets to support growth and elevated commercial real estate concentrations, which have faced greater scrutiny in recent months. The transactions come as long-term rates are testing historical lows. Of the 20 debt issuances announced so far this year by banks with less than $50 billion in assets, five came in the past week.

Comes on heels of slowdown

Debt issuance activity slowed in the first half of the year on the back of market volatility. Volumes through mid-June still lag the levels witnessed during the same period in 2015, when banks with less than $50 billion in assets had announced 25 offerings, according to SNL Financial data.

The nation's largest banks have long utilized debt to support their operations, but in recent years smaller institutions have gained access to the debt markets and taken advantage of the low-cost funding.

Kroll Bond Rating Agency's launch of bank ratings in 2012 helped community banks more readily issue debt, and the expansion of the small bank holding company policy statement in the spring of 2015 played a role in establishing a market for institutions with less than $1 billion in assets. Institutions that qualify for the policy statement are excluded from the Fed's consolidated capital requirements. Holding companies falling under the $1 billion asset threshold are able to hold greater leverage and downstream funds to their bank subsidiaries, effectively lowering their cost of capital.

Banks under the $1 billion asset threshold issued debt at a bustling pace in the second half of 2015, when 23 of those transactions surfaced. Banks in that asset group have announced just six debt issuances this year.

The cost of debt remains attractive for issuers, coming with a 5.44% median coupon on the issuances where data was available, which equates to an after-tax cost of close to 4%. That is much less expensive than issuing common equity.

Debt issuances by all banks with less than $50 billion in assets have carried a median coupon of 6% this year. In a yield-starved world, where sovereign debt with similar durations carries negative yields and the benchmark 10-year Treasury is yielding around 1.6%, bank debt is seen as an attractive investment on a risk-adjusted basis.

Western Alliance Bancorp. is the most recent regional bank to announce a debt issuance, as of this writing, coming to market with $175 million in 6.25% subordinated debt due 2056. Analysts noted that Western Alliance could even lower the cost of debt through interest rate swaps, possibly reducing the expense by 33%. The debt issuance would lower the company's commercial real estate concentration as well, analysts noted, bringing Western Alliance's CRE loans down to 260% of risk-based capital from 290% when including the company's recent acquisition of a $1.28 billion hotel loan portfolio from General Electric Co. Regulators have said that banks with CRE loans exceeding 300% of risk-based capital could face greater scrutiny.

Other banks have recently unveiled plans to issue debt, taking advantage of the decline in long-term rates this year. Bank of the Ozarks Inc. has telegraphed plans to issue debt for several months and recently disclosed that it expects to price a debt offering the week of June 13. Analysts said Bank of the Ozarks is opportunistically issuing debt, with rates falling in the aftermath of the recent jobs report.

In the case of Preferred Bank, the debt issuance will reduce the company's CRE concentration, moving those loans down to roughly 290% of risk-based capital from approximately 350% at March 31, according to analysts reviewing the transaction. Analysts did not believe that Preferred Bank's capital raise came in response to regulatory requests, but instead said the company took advantage of the favorable environment to bolster capital and continue growing CRE loans.

A number of banks could look to take the same action soon. At March 31, 170 publicly traded banks reported CRE concentrations in excess of regulatory guidelines, and those institutions and others just might take advantage of investor appetite for bank paper.

This article originally appeared on SNL Financial’s website under the title, "Regional, community banks come back to the debt markets"