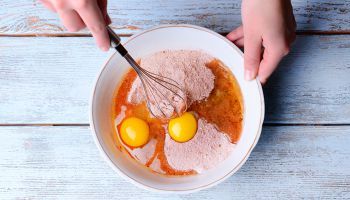 Despite an uneven start to 2016, with sputtering markets early in the year having crimped some buyers' currencies, acquisitive banks say M&A talk in the U.S. is steady and deal activity is gathering momentum, with motivations for sellers firmly entrenched.

Bankers at the conference said deal announcements tend to come in bunches, and now that bank stocks have recovered most of the ground lost early in 2016 amid disappointment that interest rates would remain lower for longer, would-be buyers are pressing hard to seal deals with attractive targets.

Sellers, meanwhile, continue to pull up chairs to deal tables for the same reasons they have for the past few years. Small banks in particular are struggling under the weight of heavy regulatory burdens, low rates, and stiff competition from larger players.

"The regulatory burden is killing them, and they aren't having any fun," Wintrust Financial Corp. President and CEO Edward Wehmer said at the conference. Wintrust, a regional lender based in Illinois, has cinched nine open-bank deals since 2011 and has another pending. Wehmer said he is on the hunt for more and expects several potential targets to emerge.

Looking at the trends

SNL Financial data show that there were 168 open-bank deals announced between Jan. 1 of this year and the end of August, compared to 178 deals announced in the same period a year earlier. Bankers at the conference said they would not be surprised if the pace of deals in 2016 ultimately matches or even surpasses that of last year, which was among the most active since the current cycle got under way in the aftermath of the 2008 financial crisis.

In terms of number of deals announced, 2014 was the most active year between 2009 and the close of 2015. Last year was the second-most active and produced the highest level of aggregate deal value, with more than $26 billion, according to SNL data.

The vast majority of deals since the crisis involved sellers that were small community banks. Bankers said they expect that to continue for the next few years.

"We're seeing lots of opportunities," Home BancShares Inc. Chairman John Allison said at the conference. His company, a bank in Arkansas nearing $10 billion in assets, has closed six open-bank deals since 2012 and remains in acquisition mode.

Allison and other leaders of likely buyers say they are looking for community bank targets that help to deepen presences in existing footprints or that help extend banks' reach into growth markets.

Buyers also want to ensure that deals are priced fairly, particularly when they involve stock. When a deal price does not overly dilute the buyers' shares, the acquiring company's stakeholders can more immediately and significantly reap the profitability benefits of a deal, and the sellers' shareholders in turn are likely to benefit from the combined company's rising market value.

Buyers also said they are careful to ensure that target companies' cultures—how banks treat customers, motivate employees, and interact with regulators—are likely to mesh with their own. Culture clashes tend to make integrations painful.

"Culture is the main ingredient," Renasant Corp. Chairman and CEO Edward "Robin" McGraw said at the conference. Tupelo, Miss.-based Renasant, a community bank with about $8.53 billion in assets, has closed three open-bank deals since 2013.

While larger targets can move the income needle faster for buyers, the merits of smaller targets are plentiful, McGraw and others said. Assessing the culture and financial risks of smaller banks is simpler, bankers say, and regulators tend to find it easier to assess smaller targets, too, making it more likely that buyers can win regulatory approval in a timely fashion.

All of that noted, active buyers say they continue to regularly field calls from possible sellers or investment bankers shopping potential deals. McGraw said he gets several calls per month. Wehmer gets at least one call per week, sometimes more.

Both said they see no reason that bank M&A will sputter this year or in coming years.

This article originally appeared on S&P Global Market Intelligence’s website under the title, "Buyers say all ingredients in place for more small-bank M&A"