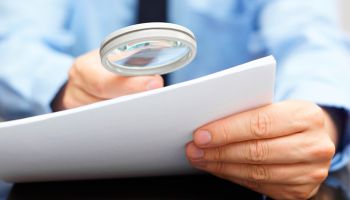 Many potential sellers are wisely paying greater attention to a buyer's ability to close acquisitions, bankers and their advisers say.

Deal practitioners and bank regulators agree that maintaining a strong compliance program is imperative for any acquirer to avoid costly delays. While many banks have invested in compliance programs, past sellers and advisers urge institutions considering a sale to conduct reverse due diligence on potential buyers to assess their ability to close the transaction in a timely fashion.

Paul Greig, former chairman, president and CEO of FirstMerit Corp., said at the 8th annual SNL Bank M&A Symposium, held on Sept. 22 and Sept. 23, that Huntington Bancshares Inc.'s ability to execute was a major issue he considered before pursuing a transaction with the Columbus, Ohio-based company, adding that he did not want to repeat the experience of the long-delayed M&T/Hudson City deal.

Although FirstMerit could not access Huntington's confidential regulatory information, Greig saw that the buyer's CEO Steve Steinour had a good rapport with regulators during past OCC meetings where they both were present.

Greig further noted that Steinour took a proactive approach of reaching out to community groups, who can delay a transaction with a protest. The Huntington/FirstMerit transaction did face objection from a protestor—a serial protestor who had objected to FirstMerit's purchase of Citizens Republic years before—but Greig said no other issues arose due to the community outreach.

"The other sense I had is Steve definitely wanted to grow and if he blew the FirstMerit transaction, he would never get another kick at the can," Greig said at the event. "He's not going to take chance if he had some pending BSA/AML issue, CRA issue, consumer compliance issue, if he had something he knew that was festering, he wouldn't take the chance."

Evaluating a buyer's ability to close seems warranted given the lengthy delays that have occurred in some transactions, particularly larger deals.

While the average time to close a transaction has declined steady over the last few years, regulatory issues, often related to compliance with fair lending, Bank Secrecy Act, and anti-money laundering provisions and Community Reinvestment Act ratings have held up some transactions.

If an acquirer receives a protest to an acquisition, the delay could be even greater since regulators are required to review adverse public comments, even those made by so-called serial protestors.

Chip MacDonald, a partner at Jones Day, said at the recent FIG Partners Annual CEO Forum, held Sept. 19 and Sept. 20, that protestors can cause considerable delays.

MacDonald said he worked on a transaction where a protestor only provided an email address and a name in their objection. Even though that person never was found, the transaction was delayed by six months, he said.

Mark Kanaly, chair of the financial services and products group at Alston & Bird, said at the FIG Partners event that many sellers simply conduct "lousy" reverse due diligence. He said they do not consider how a buyer's stock might react to a transaction or the risk that could come if a consumer group launches a protest against the deal.

Kanaly and others believe the issue has grown in importance as deal delays can prove expensive. Such delays often bring more legal fees, decrease how quickly a buyer can realize cost savings from the transaction and could spur both employee and customer fallout.

Some advisers said at the M&A Symposium that sellers are considering that downside risk and are paying greater attention to their fiduciary duty than to social issues, which used to a play a bigger role in motivating sales.

Ken Coquillette, co-head of bank and specialty finance investment banking at Goldman Sachs, said at the event that there is more expansive contemplation of options being conducted by sellers today.

Paul Greig took that approach when first considering to sell FirstMerit after 2014 came to a close. FirstMerit was focused on growing, but he proposed exploring strategic options because deal valuations had rebounded considerably from the depths of the crisis.

"At the time I was 59, I loved my job. I got excited about going to work every day. I really didn't want to sell the company but I thought as chairman and CEO I owed our investors who supported us with over $1 billion in common, preferred and sub debt to look at our strategic options," Greig said.

No meaningful offers surfaced at that point in time, he said, but ultimately, a few months later, Huntington's Steinour made an offer to acquire FirstMerit. FirstMerit turned down the first offers but ultimately found terms attractive enough that Greig felt he was buying into Huntington.

"Steve thinks he bought FirstMerit. In reality, I think we bought 27% of Huntington," Greig said.