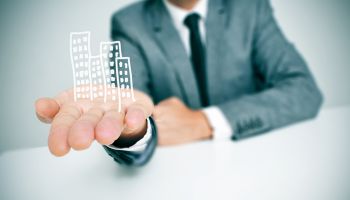 For Bank of the Ozarks Chairman and CEO George Gleason II, the administrative, regulatory, and accounting costs of operating a bank holding company, or BHC, simply outweighed the benefits.

"If you own a lake house but you never go there and use it, and you're paying taxes and insurance and maintenance on it every year but you don't use it, it's not much fun," Gleason said in an interview.

Gleason is the chairman and CEO of Bank of the Ozarks, the largest bank headquartered in Arkansas with $20.1 billion in assets. He was also the driving force behind the bank's decision to shed its holding company in April.

In getting rid of its top-tier holding company, Ozarks also rid itself of the holding company's regulator, the Federal Reserve, and now reports primarily to the Federal Deposit Insurance Corp. and the Arkansas State Bank Department.

Other banks take to idea

Other companies may follow Ozarks' lead. In July, Tupelo, Miss.-based BancorpSouth Inc. announced its own plan to restructure as BancorpSouth Bank, citing the need to reduce duplicative corporate infrastructure and regulatory oversight.

Gleason said he has received "a lot" of calls from other banks thinking about making similar changes to their company structures. But as was the case for Ozarks, dissolving a holding company can require a fair amount of due diligence—and even changes to state laws.

How bank cut the Fed cord

The journey began early in 2017, when Gleason realized that his company was not conducting any substantial business at its holding company level.

Still, an S&P Global Market Intelligence analysis shows that only three of 119 banks and BHCs with over $10 billion in total assets exist without a top-tier holding company: Signature Bank in New York, First Republic Bank in San Francisco, and now Bank of the Ozarks. The number of banks and BHCs has broadly declined amid industry consolidation since 2000.

Bank holding companies used to benefit from counting trust preferred securities, or TRuPS, toward regulatory capital, but regulators have since disallowed TRuPS in Tier 1 capital for banking organizations with assets of $15 billion or more that are not advanced approaches institutions.

Arkansas Bank Commissioner Candace Franks said in an interview that the state banking code had not been updated to reflect changes to the treatment of nontraditional bank securities like TruPS.

So Gleason worked with the Arkansas legislature to install what he called "modern capital market practices" to the state's aged banking laws, to ensure that Ozarks could continue activities it previously carried out at the holding company at the bank level. This included expanding the types of capital a bank could issue so that TRuPS, subordinated debt, and other capital elements would be permitted.

After conversations with the Arkansas Bankers Association and the Arkansas State Bank Department, Ozarks was able to get a bill filed with the Arkansas Senate in late February. On March 21, the bill was signed into law with an emergency clause so there would be no lag in bill implementation, paving the way for Ozarks to make the announcement only a few weeks later.

"We want Arkansas banks to be able to compete and be very successful," Franks said.

In Mississippi, BancorpSouth Chairman and CEO Dan Rollins said in an interview that his company engaged the state on any needed statutory changes before changing structure, but ultimately did not need to pursue any legislative tweaks.

Rollins said his company was tired of the "thousands" of man hours dedicated to Federal Reserve filings, and found the change an easy decision after capital accounting changes further eroded the benefits of having a holding company.

But Rollins said if there were ever a business reason to resurrect the holding company in the future, he would consider doing so.

"If the rules change again in the future—and as we all know the government changes the rules almost every day—then we'll be prepared for those changes at some point in the future," Rollins said.