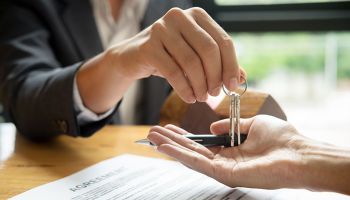 An Atlanta-based credit union's move this month to buy a community bank would mark a first-of-its-kind acquisition in Georgia. But a leading M&A adviser who worked on that deal says increasingly more credit unions are looking to acquire banks, and he expects more such deals to be announced in Georgia and nationally this year and next.

Georgia's Own CU agreed to acquire Fayetteville, Ga.-based State Bank of Georgia, which has about $95 million in assets and which gives the buyer, with its nearly $2.3 billion in assets, added scale, a stronger presence in suburban Atlanta, and proven lending talent—the seller said all of its staff will join Georgia's Own. A purchase price was not made public.

The deal, first reported Nov. 10 by CUToday.info, was confirmed to S&P Global Market Intelligence by the seller and by Michael Bell, a lawyer with Howard & Howard Attorneys PLLC, who advised the buyer and who has worked on several other deals involving credit unions buying banks in recent years.

The buyout of State Bank marks the fifth announcement this year of a credit union plan to acquire a bank. There were four such deals announced in all of 2016, three in 2015, and none in 2014, according to S&P Global data.

Such arrangements have over the past couple of years gradually grown in number as growing credit unions looked to deploy excess capital to gain size and scale, diversify into new business lines, bolster funding and acquire lending talent, Bell said.

Often that is because credit unions, which do not have publicly traded stocks, offer the option of simple all-cash buyouts.

Some sellers, Bell said, would prefer stock or cash-and-stock deals so that they can take on the shares of the buyer and potentially gain value over the long term as the combined company's stock advances. But Bell said some small-bank owners prefer the certainty of a cash deal. They know exactly how much they are getting the day of the sale.

Bell said interest is building on both the buyer and seller side, and he anticipates deal activity on this front will mount in 2018. He said that in recent years, he would be working a couple such possible deals at any given time. Now, he said, he is working on about 20 potential transactions involving a credit union buying a bank. He expects to announce yet this year another such deal in Georgia, he said.

"The frequency is really picking up," Bell said. "It's crazy."

Should the trend develop as he expects, it would indicate that the yearslong downsizing of the community bank industry will continue for the foreseeable future, and as this happens, credit unions will increasingly look to capitalize on the shift.

Why bank sold to CU

"We have certainly faced all of those," Haworth said in an interview. "And that definitely factored into the equation of why we sold now."

He also said that, in addition to providing an opportunity for State Bank's employees and customers to join a larger financial institution better equipped to navigate the high-cost environment, the bank did find appealing the certainly of an all-cash offer. Without disclosing terms, he said the price was "favorable."

Executives at Georgia's Own CU did not respond to interview requests in time for this post.

Mushir Shaikh contributed to this article.

This article originally appeared on S&P Global Market Intelligence’s website on Nov. 13, 2017, under the title, "More signs that credit unions will continue to buy small banks"