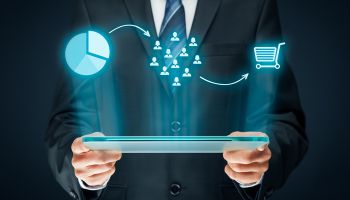 The RFP process Northern Bank uses for seeking a new vendor from the “fintech community” is similar to lining up any vendor, with a one major exception. Culture.

There are differences in company culture between traditional bank vendors, of course, but generally these companies are well-aligned with the needs and peculiarities of banking. It can be different, however, dealing with some of the newer crop of tech vendors offering to partner with banks, noted Warren Brown, vice-president and head of emerging markets for the $2 billion-assets, Massachusetts-based bank.

“We have found you have to go deeper than just feature functionality,” Brown said during a panel discussion at the Independent Community Bankers of America’s annual convention in March. “We also look at cultural fit,” he said. “There are some fintechs out there that are, you know, a bunch of technology cowboys,” said Brown. “They are smart people and are building interesting technology, but they really don’t understand what it means to be a community bank.”

Don’t be sucked in by “whiz bang”

Northern Bank currently has four fintech relationships in effect or in the process of being set up. One, with Gro Solutions, is for a digital account-opening process for consumers and businesses. A second, with nCino is an end-to-end commercial lending package.

Later this year, the bank will launch a real-time digital lending product for small businesses partnering with a company called Numerated. Finally, Northern Bank will partner with Sandbox Banking to improve integration of new technologies with the bank’s core system (more on this further on).

In response to a question from panel moderator Kevin Tweddle, ICBA’s head of innovation and financial technology, Brown outlined the process he and his team use to assess and sign up with these fintech vendors.

Where partnerships have worked out well, said Brown, “we have been clear on answers to those questions. Where is hasn’t worked well we have kind of been enticed by a whiz-bang demo, or some interesting technology. We didn’t really take the time to think those three questions through.”

In the case of Northern Bank’s partnership with Gro, he said, the objective was to accelerate deposit growth with two customer groups—consumers on a national basis and small businesses. Online account opening is not always simple, so that was a consideration.

An important part of the vendor selection process for Somerset Trust Company, Somerset, Pa., is collaboration and control.

Said John Gill, COO and CRO of the $1.2 billion-assets bank in rural western Pennsylvania, “Our [vendor strategy] is we really want to control our destiny. We don’t want to just pick someone to give us an online banking system or mobile banking system and let them control it for us.”

As mentioned in Part 1 of this two-part series, Somerset Trust Co. believes technology is a differentiator for a community bank. Gill said this is more the result of the relationship a bank has with its tech partner than it is the product per se. The right relationship leads to better products. “We want to have input into the technology.”

Gill described two alternatives: 1. Pick a core provider just to get a product out there, or 2., what he prefers, pick a provider where the bank can provide insight into the product and help build it or shape it. “I want them to ask my opinion and respect my opinion,” said Gill.

The banker pointed to a four-year relationship with Malauzai, a provider of online and mobile banking software, as an example of the second choice. He said the two companies spend nine months “dating” before the bank signed a deal. “We had four or five meetings with them—some at our site, some at their site,” said Gill. “There were ups and downs,” he said, “including Saturday night calls with the [vendor’s] CEO at 9:00 p.m. where we were both frustrated. But ultimately you work through that.

Gill added that they now confer with Malauzai about products it doesn’t offer and that the fintech company has introduced the bank to about 50% of the technology companies it uses.

“We really found them to be a great sort of business partner that we share ideas with, not a vendor,” said Gill

In working with one of his bank’s fintech partners, Warren Brown learned a valuable lesson.

Like many new technologies, there is much that can be done with the system, he said, and “my eyes probably got a little too big when we were first starting the process. It can be very tempting to look at all the things you want to try and solve for.” He said they have now learned to “think really hard about what is the minimum capability you can get in the market, and into employees’ and customers’ hands.

How to integrate with your core

A member of the audience asked the panelists to comment on how they get a news fintech application to “talk” to the bank’s core system.

Brown said that process begins when you are negotiating with your core provider. “Make sure you have full access to their API [application programming interface],” he said, so that the bank does not have to negotiate that point each time it wants to add a new application.” The core vendors won’t offer that up, he added, but it is a negotiable item.

Brown also urged bankers in the audience that if “you’re not familiar with what an API is, get somebody on your team who does. That is key. It really is.

The third member of the panel, Drew Sandholm, marketing director for $352 million-assets Quontic Bank, an eight-year-old institution based in New York City, added another lesson regarding core vendors and their contracts: Make sure the contract wording is very generic and flexible in regard to adding products, rather than product by product.

“We learned the hard way that they will try to box you in and say ‘We’ll give you the API to this product or this company’,” They will make the change, said Sandholm, but will charge for it.

“You want full access to all products in anything they support in their API,” agreed Somerset Trust Company’s John Gill. “Even if you are not going to use it for two or three years, get it now.

Northern Bank’s Brown described how the bank is working with Boston-based Sandbox Banking to build a middleware API layer that will make it easy for fintech companies to integrate with the bank’s core system. Basically, he said, it’s a modern technology that will let the bank integrate once instead of many times.

“Effectively [Sandbox] will be my integration department,” said Brown.

Gill made an interesting observation during this part of the discussion. “Core systems used to be where you had all your data,” he said. “Not anymore. There is more data on customer transactions now in our online banking systems.”

At the end of the session, moderator Kevin Tweddle said that ICBA had just released a “Fintech road map white paper” available to association members.