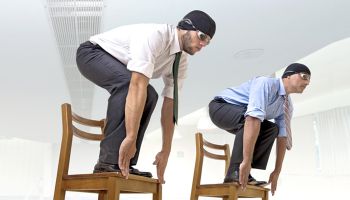 Prior to the Great Recession, many community banks around the country focused on commercial real estate, or “CRE,” lending, which was not unusual considering that most community banks are real-estate-based lenders.

Some might be thinking a replay is beginning. Let’s take a look at the recent past, and then assess where the present is, and where the future may be going.

In 2006, CRE as a percentage of total risk-based capital for small and mid-size institutions was approximately 300%. To address regulatory concerns with respect to the rising CRE concentrations, the regulators produced guidance entitled “Concentrations in Commercial Real Estate Lending, Sound Risk Management Practices.”

While the guidance did not technically limit banks’ ability to make CRE loans, it did clarify that CRE concentrations and overall lending and risk management practices would be “taken into account” come examination time.

After all, according to the regulators, regulatory guidance is expected to be “followed,” which ultimately means it has the force and effect of regulation.

The problem, of course, was that banks’ concentration in CRE and the downturn in the economy proved to be a lethal combination from a safety and soundness perspective.

The regulators’ guidance and expectations on CRE lending ultimately served as a springboard for a host of enforcement issues and FDIC litigation once the Great Recession hit its stride.

Since 2009, the FDIC Board has authorized the FDIC as receiver to bring professional liability lawsuits against over 1,100 director and officer defendants, which has resulted in FDIC as Receiver filing approximately 94 suits and settling over 180 claims outside of court.

The vast majority of these filings and settlement agreements are founded on claims related to losses due to lack of internal controls, failure to properly oversee bank operations, and improper or high-risk lending practices, particularly in the CRE and ADC (acquisition, development, and construction) areas.

Many of the claims filed by FDIC against former directors and officers of failed community banks involved situations where the director and/or officer made credit decisions involving CRE that the numbers simply could not support. A potential borrower with little to no verifiable cash flow and insufficient collateral to back a CRE loan would still get credit because the board or CEO “knew” the borrower or industry and thought it would be profitable in the end, regardless of current apparent risks.

To make matters worse, many banks fell for (and continue to fall for) the prevailing misconception that a bank must grow to survive. In order to compete and achieve economies of scale, they did whatever was necessary to grow—even if it meant being overly speculative in an already highly concentrated portfolio.

As a result of heavy-handed regulatory enforcement and potential failed-bank liability stemming from the Great Recession, it is understandable that community banks became a little gun-shy and became less aggressive with CRE lending.

However, now that the majority of the economic problems are behind us, community banks are renewing their interest in CRE lending—albeit with a different viewpoint.

In a recent telephone conversation with a CEO of one of our community bank clients, he indicated his bank has restored its profitability significantly because it has again gotten back heavily into CRE and ADC lending. As he indicated, a difference this time around is that the bank’s loans are at a 30% to 40% loan to value on the properties—not 90%.

Most community banks that are again focusing on CRE have had an expensive lesson in the difference between acquisition, development, and construction (i.e. typically speculative, residential, or commercial projects) and owner-occupied commercial real estate (i.e. a loan to a small business borrower who uses the commercial property for his or her small business).

Owner-occupied loans are viewed much more favorably by the regulators. As noted above, speculative commercial real estate loans have not always been so well received.

As a result, competition for owner-occupied credits is staggering today.

Competition for “O/O” heats up

All in all, we are beginning to see community banks chasing owner-occupied real estate loans because they are less objectionable and a good way to ease back into the area without raising a ton of red flags.

Of course, many community banks are shifting over to commercial and industrial loans as well, which are also small business related, but involve equipment finance, inventory finance, and the like. But healthy CRE opportunities are being pursued heavily. That makes for some pretty tough competition as relates to owner-occupied CRE.

The CRE market is different than it was five years ago, and community banks are, appropriately, being more selective.

Opportunities are available. You just may need to vet them more this time around. And, by the way, the examiners will be even more understanding if you do it correctly.

More in this category: « When “termination” means good news Time for new hands on the gavel? »
back to top