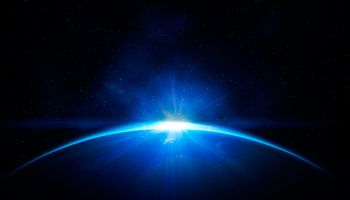 Small banks should finally see an end to yield compression.

Net interest margins at the nation's smallest institutions, those with less than $1 billion in assets, should fall in the remainder of the year, largely due to additional pressure on loan yields. But margins should decline less than previously expected, allowing for earnings to grow when adjusting for consolidation and institutions growing organically above $1 billion in assets.

Small banks managed to maintain deposit costs and security yields at or near 2015 levels through the first six months of 2016 despite persistently low long-term rates.

The same cannot be said for larger institutions, which saw deposit costs rise and security yields come under considerable pressure during the same time period as they reinvested cash flows at lower rates. Many large banks are subject to regulations such as the liquidity coverage ratio, or LCR, requiring them to hold higher concentrations of low-yielding securities.

Small banks are not subject to those provisions, and they have also added securities that are maturing or repricing in a shorter time frame while increasing their exposure to municipal securities, which tend to carry longer durations.

Short-term rate increases could offer support for security yields while offering a modest benefit to loan yields. The boost to loan portfolios will be limited because just 26% of small banks' loans at June 30 were set to reprice in less than 12 months, compared to roughly 52% among their larger counterparts.

Loan growth likely will also remain challenged for small institutions due to relatively weak economic growth and the group's outsized exposure to commercial real estate lending. Regulators have subjected banks with elevated CRE exposures to higher scrutiny and required them to operate with stronger risk management processes. Regulators have even encouraged some of those institutions to build capital levels.

The regulatory pressure has caused some lenders to exit their respective CRE markets. A number of bankers said in early August that they had seen little change in the competitive environment. More recently, some lenders said the exits were beginning to lead to better pricing on credits. The focus on the lending segment likely will limit growth at a number of small institutions that wish to avoid heightened scrutiny as well as those unwilling to invest in enhanced risk management practices. [See also: “Regulators' CRE focus offers some price relief” and “CRE exposure hits record levels”]

Small banks should grow loans by 1.44% in 2016, when adjusting for consolidation and institutions growing organically above $1 billion in assets. That growth should improve in 2017 as institutions build their capital levels and relieve some pressure on CRE concentrations.

Small banks, however, will continue to lag increases in market rates when pricing their deposits. While the lower for longer rate environment has kept deposit prices from moving much higher, we have maintained that small banks would be able to increase their rates at a slower pace than the rest of the industry. That has proven the case thus far and is expected to continue as small banks often attract deposits from more rural footprints, where they face less competition from other institutions. Smaller institutions also have lower concentrations of money market and savings accounts than larger banks, and they rely more heavily on CDs, allowing them to lock in portions of their funding bases for months to years.

Small banks should enjoy relatively clean credit quality in the near term. While regulators have pointed to signs of stress and easing underwriting standards in a handful of asset classes, including CRE, credit quality to date has proven better than many bank observers have expected, and early stage delinquencies continue to decline.

Nonaccrual loans are expected to hold steady through the remainder the year, and loss severities should remain low, which could allow for modest credit leverage over the next two quarters. Credit quality will emerge as a modest headwind in 2017 and begin to revert to more normal levels.

The analysis of small banks stems from a larger examination of nearly 10,000 banking subsidiaries, covering the core banking industry from 2005 through the first half of 2016. The analysis includes all commercial and savings banks and savings and loan associations and historical institutions as long as they were still considered current at the end of a given year. It excludes several hundred institutions that hold bank charters but do not principally engage in banking activities, among them industrial banks, nondepository trusts and cooperative banks.

This article originally appeared on S&P Global Market Intelligence’s website under the title, "Hopes for sustained small bank margin expansion on the horizon"