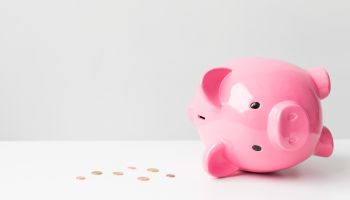 First NBC Bank's quick failure has raised questions across the banking industry about whether the former CEO's dominant influence played a role in the bank's demise.

The failure of New Orleans-based First NBC was one of the largest this cycle and resulted in an estimated $996.9 million hit to the Federal Deposit Insurance Corp.'s deposit insurance fund.

In conversations following First NBC's closure, investment bankers, attorneys, analysts, and investors used the word "unprecedented" several times to describe the situation, particularly when considering the speed of the closure and the benign operating environment where most banks are flush with liquidity.

While First NBC battled problems for close to a year, the bank effectively failed over just a few weeks after a series of write-downs wiped out its equity capital.

Ashton Ryan Jr. was the founding chairman, president and CEO of First NBC Bank Holding Co., the parent of First NBC Bank, until the company split the chairman and CEO roles in September 2016. When reached by phone, Ryan declined to comment on his role at the bank.

"There were instances in which the valuation of collateral related to certain loans either was inaccurate or did not take into account supporting data available through other sources," the company disclosed at the time.

The FDIC has flagged similar issues that can arise when a bank is controlled by a dominant official.

In its manual of examination policies, the agency describes a "One Man Bank" situation in which a "managerial vacuum" can allow an overly aggressive officer to achieve a position of dominance. Those issues can become more difficult to solve through normal supervisory efforts, according to the FDIC, because the problems are often linked to one individual who dominates the bank.

First NBC is the subject of several shareholder lawsuits alleging that the company issued materially false or misleading statements and that the board and Ryan breached their fiduciary duties by increasing exposure to federal and state tax-credit investments.

Some of those lawsuits focus on events that took place between the company's IPO in 2013 and the spring of 2016 when First NBC announced the need to restate several years of results. First NBC's issues intensified the summer of 2016 and largely related to corporate governance, accounting and weakened capital levels.

In October 2016 state and federal regulators deemed the bank to be in "troubled condition" and in November, issued an enforcement action.

But court documents first reported by local newspaper The New Orleans Advocate show that the FDIC ran just a two-week process to solicit offers for First NBC after a significant reserve build and write-down of the institution's deferred tax assets wiped out its capital. That process began less than two months after the FDIC designated the bank significantly undercapitalized, effective Feb. 24.

Other sizable bank failures were more protracted. For instance, the last large bank to fail, Doral Bank, which had $5.6 billion in assets at the time of its closure on Feb. 27, 2015, was seized by regulators roughly five months after being deemed significantly undercapitalized.

First NBC had originally disclosed a $400 million-plus equity position in its Dec. 31, 2016, call report, last updated on Jan. 30. The bank disclosed a total risk-based capital ratio just below 6% in that call report, which would put it in significantly undercapitalized territory. At the time of the disclosure, analysts believed that First NBC had already addressed the capital shortfall with a previously announced branch sale to Hancock Holding Co.

That proved not to be the case. First NBC filed an updated call report for the fourth quarter of 2016 on May 1, the Monday after its failure, showing that it had $142 million in negative equity at the end of 2016. The bank's holding company disclosed in a May 16 regulatory filing for the period ending Dec. 31, 2016, an even larger equity hole totaling close to $200 million.

The nearly $600 million swing in equity capital largely came from three major write-downs, according to court documents first reported by The New Orleans Advocate. First NBC recorded a $45 million write-down on its tax credit business on March 24, a month and a half after veteran banker Carl Chaney was brought in to serve as the company's CEO. His task was to first assess the depths of the problems and then work to recapitalize the bank.

Chaney replaced Hermann Moyse III, who had taken over as interim CEO for two months after Ryan lost the title. Ryan retained the position of president until he resigned from that role and the company's board on April 6.

Four days after Ryan left, the company boosted its reserves, according to The New Orleans Advocate. First NBC's holding company disclosed in its most recent regulatory filing for the Dec. 31, 2016, period a roughly $200 million increase in its provision for loan losses when compared to the original filing.

Following the write-downs in the tax credit business and the reserve build, the holding company wrote down its deferred tax asset to just a few million dollars at year-end 2016. First NBC had originally disclosed $315 million in deferred tax assets in its initial call report for the period.

What specifically drove the increase in provision, however, is less clear. Some investment bankers and members of the investment community familiar with the bank believe it could have adjusted the risk ratings on many of its loans. These sources heard that Ryan played a central role in the risk rating process of many loans at First NBC. After Ryan stepped away from the bank, those sources believe the new management and risk officers updated the risk ratings and at that point, the company ended up with a large hole in its balance sheet.

Hancock eventually acquired First NBC from the FDIC but opted to pass on many of the loans originated by the New Orleans-based bank. Hancock executives noted that they had the opportunity to conduct extensive due diligence on First NBC when they purchased branches, loans and deposits from the bank but passed on many loans because the two companies' risk appetites simply were not aligned.

This article originally appeared on S&P Global Market Intelligence’s website under the title, "How First NBC cost the FDIC $1B"