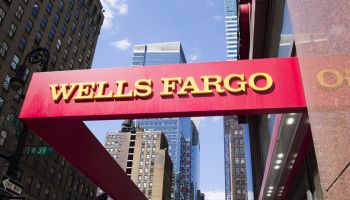 Wells Fargo has been a popular case study on what can go wrong when companies set up a compensation structure that does not consider unintended consequences into the mix. Nothing has set the bank back more than when their commission structure seemed to encourage or at least led to unethical behavior by employees.

The bank’s regulators are not convinced they have changed and feel that the human resources department has a long way to go to prevent a future outcome similar to its fake accounts that have destroyed value and trust for several years. A Government entity came down with warnings again in the summer due to pay policies that do not clearly describe punishments for bad behavior.

Even more importantly, apparently there have been several thousand complaints by employees that have not been satisfactorily addressed according to Fox Business. This is after Wells Fargo has been fined more than $1 billion last year due to consumer fraud on top of previous fines that were at least twice that figure. While the bank fired a number of regional managers and recently appointed a new CEO in 2019, it seems they are plagued not only by a lack of trust among consumers, but a tumultuous environment from within.

However, it is unlikely that the policies for compensation were put in place primarily by human resources executives in the first place. The compensation issues that have plagued the bank seem to reward commission selling through product upgrades rather than annual reviews, and overall job performance.

Human resource executives can be described the same way that people speak about lawyers: you do not like them until you need them. The problem with human resources executives, however, is that you need to know you need them before anything happens. Human resources should be heavily involved in every compensation structure from the beginning in order to anticipate the message that will be received from the employee, not just the reason why it was thought of in the first place.

The amount banks in particular can save in avoiding public relations issues, employee mismanagement and potential fines far outweigh the extra steps.