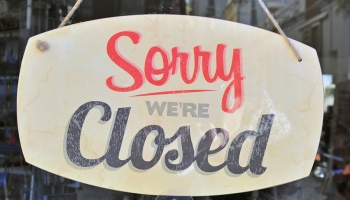 US policymakers are discussing changes to the Paycheck Protection Program (PPP) to make it more targeted, following the extension of the aid package through to August 8.

The PPP support package was due to expire on June 30, but on President Donald Trump approved an extension to the program on July 4. Companies now have until August 8 to apply for a share of the $131 billion still available.

Speaking at a Senate hearing last week, Treasury secretary Steven Mnuchin said some companies would require more support to help them navigate the COVID-19 pandemic. However, he added that the next round of support would need to be targeted towards specific industries that have particularly suffered, such as hotels and restaurants.

Members of the Senate have also been debating a ‘Prioritized Paycheck Protection Program’, or P4, to provide more support but with stricter eligibility criteria.

Introduced to the Senate on June 18, the P4 Act would authorize more PPP lending to companies with up to 100 employees that have already applied for a loan under the program. Companies applying must demonstrate a revenue loss of 50% or more, according to a Senate Small Business Committee press release announcing the bill.

“The economic fallout from COVID-19 has been an existential threat to our nation’s small businesses and Congress cannot let up in its efforts to get them get through this crisis.”

The SBA has also made available information relating to all of the 4.9 million loans made under the PPP, including the amounts borrowed and – for loans of more than $150,000 – the name of the borrowing company.