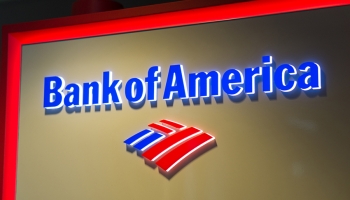 Bank of America, the second largest US bank by assets, has approved a $26m pay award for CEO Brian Moynihan following the company’s strong performance in 2019.

The compensation package is unchanged from the previous year but represents an increase of more than £3m from the £23m awarded in 2017. Total remuneration includes $25m in restricted stock, as well as a base salary of $1.5m relating to performance.

The growth in Moynihan’s compensation over the past few years reflects a turnaround in fortunes for the bank, which has been slowly getting back on its feet since its massive decline following the 2007/2008 credit crisis.

Moynihan, who is also chairman of the bank, is acknowledged for playing a key part in the reversal, helping the group generate stable revenues since he took the helm 11 years ago.

In a Securities and Exchange Commission (SEC) filing on Friday (6 February), the BofA board justified the £26m compensation, stating that it reflected the company's strong performance in 2019, including full-year net profits of $27.4bn.

“On a reported basis, the company continues to deliver strong returns, with return on assets of 1.14 per cent while return on equity was 10.6 per cent,” the company stated in the regulatory filing.

“Returns to shareholders in 2019 included a 22 per cent increase in dividends per common share as compared to 2018. Total capital returned to common shareholders, including share repurchases, was more than $34 billion, 34 per cent higher than 2018,” the board added in the filing.

In addition, the company’s stock price increased 42 per cent in 2019, besting both the average of its primary peers and the S&P 500 Index over a one, three and five year basis. Over the past decade, BofA’s market capitalization has more than doubled to over $300bn.

In recent months, the growing pay packets of US bank CEOs have made global headlines. However, there is some evidence that the boards are beginning to show some restraint.

At the beginning of the year, Morgan Stanley CEO James Gorman took a seven per cent cut for 2019 to $27m, as part of a programme to measures to cut expenses at the bank. However, the decision to trim CEO payments has not been universally repeated across the board.

Last September, it was revealed Wells Fargo offered its new CEO Charles Scharf $23m in annual pay – a 40 per cent increase to what he was entitled to in his last year at BNY Mellon.

JP Morgan Chase’s CEO Jamie Dimon remains the highest paid bank executive, receiving $31.5m in 2019 after the company announced record profits of $36.4bn for the year, more than any bank in history.