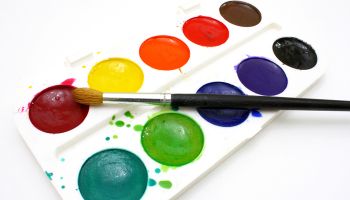 Good and sound banking is no “paint by the numbers” business. Blogger Ed O’Leary rallies bankers to resist those who would make it so.

The other day I heard someone say that banking had become like “painting by the numbers.”

“What might that mean?” I wondered—and began to ponder the possibilities.

Now, to me, “painting by the numbers” connotes a very amateurish approach to a creative outcome. I quickly developed a list of possible explanations of what the speaker might have meant, fitting with what I see going on in the industry:

• Vacuous pronouncements by regulators to community bankers on subjects such as enterprise risk management, where the examiner labors under the idea that size and complexity are largely unrelated.

• A compliance-oriented “how to” rule book covering most all product offerings of banks.

That list didn’t take me long to compile. But then I began to think more deeply.

“Banking by the numbers” can also describe an environment characterized by a mindless approach to the business where the banking practitioner is hemmed in.

Hemmed in by what?

• By the dead hand of compliance.

• By nervous boards of directors.

• And by a marketing orientation led or heavily influenced by managers located in distant cities with little or no direct involvement with the day-to-day realities—challenges but also opportunities—of the local marketplace.

One should also couple these factors with the fear and intimidation that have been, anecdotally, the stock in trade of examiners during the recent banking crisis. This has largely been in reaction to the public perception that they and their agencies were not manning the sentry posts as the Great Recession was gathering and spreading its blight on the market landscape.

The disheartening consequence is that banking is rapidly becoming a largely mechanical application of rules and prohibitions.

Lawmakers approached the task of fact finding on the causes of the banking industry’s ills with a scourge mentality. The final version of the Dodd-Frank legislation was less than two weeks from passage before the commission appointed by the President of the United States to investigate the causes of the Great Recession held its first meeting. This was clearly an environment of “every sacrifice requires a goat.”

Bankers were the goats and we continue to be. Arguably some of our number were culpable and guilty of bad if not illegal behaviors—but not an entire industry.

The cure has in some respects been worse than the disease and we’ll be living with the aftermath of this mentality for a long time to come.

Our customers will be disadvantaged too.

What’s disheartening to me, a long-time practitioner of banking during an era where the industry and its participants enjoyed the respect and esteem of the general public and the major participants in the financial process, is the way banking has been degraded and debased in the public’s perception.

Most of this has been by association and innuendo and not a small amount of misinformation and ill will by many prominent people, including politicians who are more skilled at hectoring than listening.

How about controlling our own canvas?

We are at an important inflection point in the evolution of commercial banking. Through the impacts primarily of technology, we are a business of increasing scale and decreasing numbers of participants. Each of the participants remaining today, and likely to survive the waves of consolidations in the future, will be larger enterprises.

The recent legislative and regulatory reactions have largely been unproductive and punitive. But these are not necessarily permanent impairments of our business.

The next decade is likely to produce dramatic opportunities to redefine our businesses and repair our reputations.

But banking will have to be conducted differently to produce a different overall result.

We need to start this process by developing an extensive list of principles on how to conduct our business. We must become less rules-oriented.

How much better will our collective results be if we begin by emphasizing what we want to accomplish rather than what we wish to prohibit?

I’ve said for years that our loan policies should be principles based, not rules based. People whose ethical codes are informed by principles, rather than rules generally produce a track record of better behaviors. Those of us who are guided by Judeo-Christian ethical ideals can quickly see the point by comparing the Ten Commandments of the Hebrew Scriptures with the inspiring language of the Beatitudes contained in the Sermon on the Mount in the Christian Scriptures. We need rules but we also need principles.

Which emphasis produces the better overall result? Would you rather be guided by rules limiting negative behaviors? Or authoritative encouragement to participate in positive activities?

Let’s agree that we will not permit banking to be likened to painting by the numbers. That’s negative, mechanical, and devoid of human creativity.

Instead let’s be informed by “banking by the numbers” in the sense of a military unit that does things “by the numbers.” This posits a set of positive standards—doing things the right way for the right reasons.

Let’s turn all the current negativity into a force of positive energy.

How else are we to climb out of this dismal hole we have allowed ourselves to occupy?

The future isn’t predetermined but to avoid a largely predetermined outcome based on present attitudes and standards, we’d better do something very different and soon.

More in this category: « Is your bank really ready for increased credit demand? How a fallen doctor’s story could help you heal »
back to top