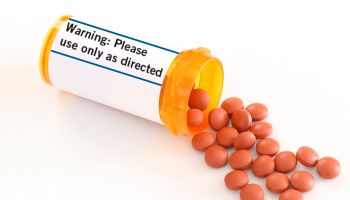 Recent actions by the U.S. Department of Justice extracting enormous penalties from banks by use of a section of the Financial Institutions Recovery, Reform and Enforcement Act of 1989 (FIRREA) refashion a shield for financial institutions into a sword, at considerable risk to a greater public interest.

How the risk arises

The cases are premised on a section of FIRREA that was intended to provide prosecutors with a way to reach third parties’ nonbank criminal conduct that nonetheless adversely affected financial institutions. Now prosecutors are turning the provision into a weapon to penalize banks themselves.

Enacted in the wake of the savings and loan crisis of the 1980s, FIRREA had the “object … of preventing the collapse of the [savings and loan] industry, attacking the root causes of the crises, and restoring public confidence” in the financial sector. Among other structural changes, FIRREA reformed the federal depository insurance system and established the Office of Thrift Supervision, which had broad regulatory discretion to examine and regulate the savings and loan industry.

A provision in FIRREA’s enforcement section, codified at 12 U.S.C. Section 1833a, empowers the Attorney General to bring a civil action for monetary penalties against persons violating one or more enumerated predicate criminal offenses. These include offenses of general application, such as mail fraud, wire fraud, and false claims, that affect a federally insured financial institution. Where the underlying offense results in a pecuniary gain or a loss to a person other than the violator, including the Deposit Insurance Fund and the National Credit Union Share Insurance Fund, the civil penalty can be up to the amount of gain or loss.

The aim of this section of the law was to allow recovery from violators whose unlawful conduct produced adverse financial consequences to a financial institution. An example would be where a real estate scam was proven to be a wire or mail fraud and resulted in losses to a bank, even though the bank was not the target of the fraud.

Turning the tool on banks themselves

Prosecutors in at least one recent enforcement action have turned the tables and used this law to extract penalties from a bank itself. That prosecutors have used this statute against the financial institutions it was designed to protect, while also avoiding having to prove the requisite predicate criminal activity the statute calls for, should merit attention in courtrooms where more such cases may appear.

These enforcement actions also should concern Congress because, as explained below, this use of the statute appears more to serve a political objective rather than a substantive one. The need for close oversight of enforcement policy that could needlessly put the public’s confidence in banks in jeopardy is apparent.

It has often been said that “banks are special.” Banks are the heart of our economic system, and confidence in their strength and general health is essential. Both federal law and sound financial enforcement policy have long been crafted so as to recognize banks’ special status and to protect these institutions from external forces that could weaken them and their viability in the financial markets.

From simple beginnings of making bank robbery a federal crime in the John Dillinger era to FIRREA in 1989, Congress has acted to afford banks fundamental protection against external threats—to a degree on par with federal laws protecting the integrity of the government itself as an operational institution.

Building on this notion, Congress, while reviewing the causes of the savings and loan financial crisis, recognized that threats to banks’ wellbeing often had roots in external criminal conduct that, in turn, abused the trust of banking relationships.

Thus, in 1989 Congress expanded penalties available against third parties for crimes occurring outside the banks that could be shown to have an adverse impact inside financial institutions.

Citing the current administration’s new and novel use of this section of the 1989 law, Assistant Attorney General Tony West has explained:

“One of the advantages we have is that . . . [a] violation under the statute need not be proven beyond a reasonable doubt . . . only by a preponderance of the evidence . . . . So it allows us to get at activity which might be very difficult to reach through other statutes.”

Put another way, DOJ is publicly accusing banks of crimes but avoiding having to prove them by using a statute never intended to penalize banks in the first place.

These are enforcement policy decisions that deserve close and critical scrutiny.

It is a misuse of FIRREA to turn it on its head and use it as an enforcement weapon against the very institutions it was meant to protect, and doing so may well rest on an erroneous legal construct of its terms.

A core purpose of FIRREA—which I know firsthand as past chair of the Financial Crimes Task Force that directed the savings and loan enforcement cases—was to provide federal enforcement officials with the means to reach conduct by third parties that harms banks. Using the statute now to instead extract penalties from the banks themselves, premised on allegations of internal malfeasance, is not so much creative legal theory as it is a technical fiction exploiting typical looseness in the joints of legislative drafting.

Because banks remain “special,” in the sense that confidence in them is essential to a flourishing economic system, enforcement actions relying on criminal allegations against them need to be carefully and soberly measured, typically being reserved for only the most egregious of circumstances.

Enforcement actions whose prime benefit is touted as the “record” penalties obtained appear neither measured nor designed to secure core federal interests, but rather bear earmarks of political objectives. The law compensates economic injury by taking from those that caused it and giving to those that suffered it when the cause and effect are proven.

Financial institution enforcement penalties that, for example, include funding aid to community organizers are clearly way beyond any such justification and look blatantly political in purpose. Moreover, whatever the general justification for that and similar aid extracted in penalties from banks, tying it to unproven (and by Mr. West’s apparent admission, unprovable) allegations of bank “crimes” publicly calls bank integrity into question without any legitimate federal interest in doing so and where good reasons to refrain from doing so are apparent.

The reason bank regulators conduct “safety and soundness” examinations is because public confidence in the safety and soundness of financial institutions is critical to national and global economic stability, well-being and growth.

The short-sightedness of a politically driven financial enforcement policy that calls into public question the overarching soundness of financial institutions is obvious. Continuing to misuse an enforcement tool to extract penalties that are touted for setting records and funneling funds to serve political objectives can put in peril the very banks that had the size and strength to aid the government in rescuing the entire financial system from the edge of collapse and calamity a few short years ago.

Editor’s Note: For additional background on this use of FIRREA, see the analysis in the Legal Issues section of the December Banking Exchange, in an article entitled “FIRREA—DOJ’s latest weapon,” by ABA Senior Counsel Megan Michiels.

Mr. Terwilliger is a partner with Morgan, Lewis & Bockius LLP and he is co-head of its Government Investigations and White Collar Practice. He previously served for 15 years in the U.S. Department of Justice, where he was the Deputy Attorney General and chaired the federal interagency Financial Crimes Task Force charged with coordinating financial crime enforcement cases and policy.