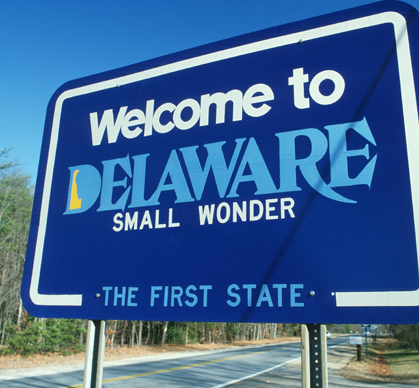 While tiny Delaware continues to welcome businesses, other states' shift to a pro-business attitude is giving the state a run for its money in the banking sector.

Two community banks recently pulled up stakes in Delaware, citing the state's franchise tax as the reason, but at least one of those companies said the action had more to do with positive changes in its "home" state than any alteration to Delaware's business climate.

Community Bankers Trust Corp., Glen Allen, Va., recently said it is seeking shareholder approval at its June 13 meeting for an agreement and plan of reincorporation and merger in which the company's state of incorporation would change from Delaware to Virginia.

Community Bankers Trust's principal reason for the reincorporation is to avoid the Delaware franchise tax, the company said. Community Bankers Trust's Delaware franchise tax is $144,000 per year, based on the number of authorized shares of the company's common stock. The filing noted that by reincorporating in Virginia, the annual fee payable would be a maximum of $1,700, under current law, regardless of the number of authorized shares of common stock.

But President and CEO Rex Smith III told SNL the transition had more to do with changes in Virginia than in Delaware. He said that back in the mid-2000s, when the company began as a special assets corporation, the judicial rulings in Delaware were often sympathetic to corporations.

In addition, "the legislative actions were very favorable, and it was a good place as a corporation to hang your hat," he said.

Its legislative actions have been progressive in that sense, and the state's judicial rulings have taken a corporate slant. "As we looked at it over time, we said 'Hey, this is our home state, it's our home place,' and I think it's actually gotten better than Delaware," said Smith. 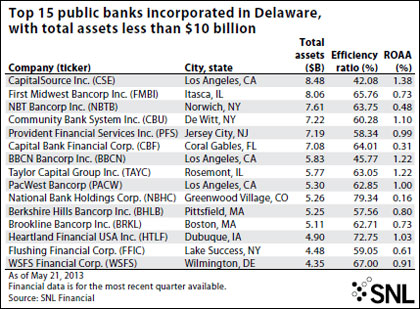 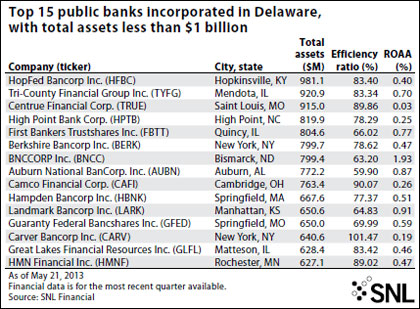 Douglas Lindholm, president and executive director of the Council on State Taxation, told SNL that Delaware has certainly been aggressive with banks in the past. He said Delaware won a "very aggressive" tax case against banks several years ago involving Lehman Brothers, but he was unsure if the recent community bank departures from the state were related to that case.

In a May 16 op-ed article in Forbes dealing primarily with the state's unclaimed property laws, Lindholm said Delaware's legal structure provides protections for corporations and their shareholders--an environment he called "constructed for the very purpose of encouraging business incorporation."

But he said states like Nevada are now creating highly business friendly regimes across the board, based on low taxation and strong corporate liability rules. Nevada in particular, he said, is examining changes that could make it more attractive to corporations.

"Ultimately, Delaware must decide whether it cherishes its hard-earned reputation as the state for incorporation - because once supplanted, it will be hard to get that reputation back," Lindholm said. 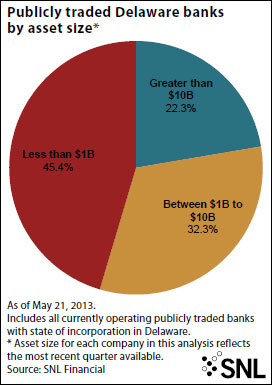 Glen Ellyn, Ill.-based Community Financial Shares Inc. also said it will seek shareholder approval at its 2013 annual meeting of stockholders to change the company's state of incorporation from Delaware to Maryland, primarily because it would eliminate the annual Delaware franchise tax expense.

Smith said Community Bankers Trust is solidly a Virginia corporation - it is where the bulk of the franchise is housed - so it simply made sense to incorporate there. He said he is hopeful that more companies will headquarter in Virginia and use the Virginia licensing for their holding companies.

Although the tax base is cheaper in Virginia, resulting in a good cost differential for the company, Smith stressed that he does not think Delaware has changed.

"They've always been pro-business," he said. "I don't think Delaware particularly is a bad environment. But if you are looking at Virginia over Delaware and they are both pro-business but it's cheaper to incorporate in Virginia. ... I think you might see a lot more activity for Virginia."