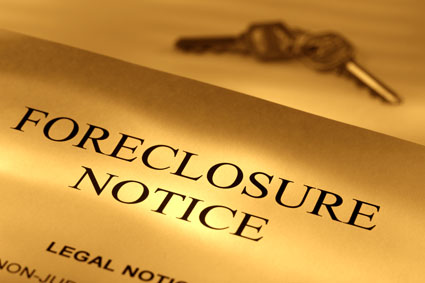 Today’s economic climate has caused an ever-growing number of borrowers to be in default and subject to the non-judicial foreclosure process. As a result, creative borrowers are attempting to “un-ring the bell” of a foreclosure by filing lawsuits alleging a variety of claims.
Lenders have potential defenses to such claims, which should be sustained by courts. No strategy is foolproof and specifics will depend on the jurisdiction where a lender does business, but the following is a guideline to possible assistance. Non-judicial foreclosures can be done in 33 states.
Battle between lenders and delinquent borrowers
A new legal industry, it might be said, has emerged in many states in response to the sustained high level of foreclosures.

The prime movers in this legal niche are attorneys advising financially distressed property owners on any of four possible objectives:

• Getting a temporary (about 10 days) restraining order.

• Obtaining a preliminary injunction, which usually lasts until the case is decided.

• Receiving a permanent injunction with a favorable court ruling.

• In states such as California, bringing a claim after foreclosure for return of the property and damages for wrongful foreclosure.

Among the easiest complaints to file are those which involve procedural lender errors during the foreclosure process. For example, in Alabama there are those who have contended that lenders allegedly didn’t advertise the foreclosure sale when they were mandated to do so by law. Or they may contend that the lenders did so in the wrong jurisdiction. Therefore, lenders must be vigilant in implementing the non-judicial process to be in total compliance.

Another possible escape, being presented as an option, is for the property owner to consult with a bankruptcy lawyer. That, even without filing for Chapter 13, can throw a wrench in non-judicial foreclosures. This is one more possible scenario lenders have to anticipate.

In addition to these legal matters, there are also public relations issues. As with judicial foreclosures, non-judicial ones have been getting negative media attention. Among the accusations are that the non-judicial foreclosure can involve antiquated, unfair, illegal, and careless practices. That’s one more factor lenders must be aware of when planning to proceed.

On the whole, state law favors lenders. In addition, there are unambiguous, proven defenses for each of the possible complaints that borrowers can file. Because much of this is straightforward, simply communicating the facts to the media, public, and regulatory bodies could defuse some of the antipathy toward lenders.
How a typical case begins
Generally speaking, lawsuits are filed by borrowers after the foreclosure process has been concluded and a notice of trustee’s sale has been recorded. Most of these lawsuits are handled at the pleading stage, usually by the filing of a demurrer--a written plea for dismissal--by the lender.

A demurrer is brought to challenge the legal sufficiency of a pleading, such as a complaint filed by the borrower. A demurrer may be sustained by the court where the pleading does not state facts sufficient to constitute a cause of action. When ruling on a demurrer, the court looks at the complaint, the exhibits attached to the complaint, and upon matters of common knowledge or indisputable fact, known as judicial notice.

There is no question that there are issues with respect to the foreclosure process. This is demonstrated by the moratorium placed on certain lending institutions to prevent them from engaging in foreclosure practices due to irregularities in the documentation of loan indebtedness.

However, for the most part, as noted earlier, the law frequently favors lenders. Since many borrower lawsuits following a foreclosure sale are without merit, they should be dismissed quickly if properly handled by lender’s counsel. The following is not an exhaustive list of positions that the lender can take. However, they do constitute the primary defenses to many of the actual claims and the theories presented by borrowers.

Complaints filed by borrowers typically fall into the categories of wrongful foreclosure; quiet title; declaratory relief; conversion; fraud or negligent misrepresentation; unfair business practices; breach of written contract or of implied covenant of good faith and fair dealing; and negligence.
Procedural issues
A common allegation by borrowers: That there were oral understandings and modifications to agreements preventing foreclosure. This is often contradicted by the loan documents themselves. Therefore, it’s a must to submit to the court all of the recorded real estate transaction documents that establish the validity of the contract. Plaintiffs are bound by the terms of their own exhibits, which typically include the note and deed of trust.

For the purposes of testing the sufficiency of each cause of action, a demurrer admits the truth of material facts set forth in the pleading—but does not admit contentions, deductions, or conclusions of fact or law.

Further, and more importantly, the court will not accept allegations contradicted by matters of public record or otherwise indisputable facts. In other words, a complaint otherwise good on its face is subject to dismissal when the facts render it defective.

More to the point, a party seeking to challenge a non-judicial foreclosure sale appears in equity, and is thus required to “do equity” before a court will exercise its equitable powers. The concept of “equity” developed from the ancient English Common Law, where monetary damages would not be sufficient, and is based on the doctrine of fairness. However, given that this concept was an exception to regular common law, certain rules applied, such as requiring the person seeking “fairness” to be without blame. In this context, it allows a borrower to challenge the fairness of a foreclosure, but only if the borrower is without blame, i.e., has made all the payments required, or has agreed to tender all of the outstanding mortgage payments.

Borrowers must, by law, remit the amount of the secured debt to maintain any cause of action for irregularity in the foreclosure sale process. A borrower must, as a condition precedent to a cause of action seeking to set aside or cancel a foreclosure sale, pay or offer to pay a sum sufficient to cure the default.
Quiet title
Generally, to state a claim for “quiet title,” the borrower’s complaint must be verified; describe the property that is subject to action; state the title of the plaintiff as to which a determination is sought; state the adverse claims against which a determination is sought; and contain a request for the determination of the title of plaintiff against the adverse claims.

An essential element of a quiet title action is that the plaintiff must actually have legal title to the property.

If the property has been sold at the trustee’s sale or later by the lender to a third-party purchaser, the grant deed establishes title to the third-party purchaser. Therefore, in the majority of states, the borrower cannot maintain a quiet title action because he or she is not the legal owner.
Wrongful foreclosure and conversion
In states such as California and Texas, in order for a wrongful foreclosure claim to be stated, the plaintiff must pay the amount due on the loan in order to challenge the foreclosure sale.

Likewise, the standard cause of action for conversion alleging that a lender converted the subject property also necessarily must fail. An essential element of the conversion cause of action is that the plaintiff must show that his or her ownership or right to possession of personal property exists at the time of the conversion. Conversion applies exclusively to personal property and no cause of action lies for purported conversion of real property.
Negligent or fraudulent misrepresentation
Typically, a borrower alleges negligent or fraudulent misrepresentation against a lender who has failed to provide proper disclosures regarding the loan’s interest rate, has not honored a request for documentation, has falsely promised to modify a loan, or has misrepresented an interest rate or the cost of the loan.

Generally speaking, each of these contentions is flatly contradicted by the plain language of the submitted documents.

Misrepresentation claims cannot be based on statements that contradict the express terms of a written contract. To state a claim for fraudulent or negligent misrepresentation, a plaintiff must allege, among other things, that a lender made a misrepresentation. Generally, such misrepresentations are couched as a failure of the lender to engage in certain conduct, such as failing to respond to a request for modification.

However, the lender is not obligated to respond to the plaintiff’s request, and, generally, a financial institution does not owe a duty of care to a borrower when the institution’s involvement in the loan transaction does not exceed the scope of its conventional role as mere lender of money.

Further, to state a claim for fraudulent or negligent misrepresentation, the plaintiff must allege, among other things, that the lender intended to, and did, induce the plaintiff’s justifiable reliance. If a borrower contends that a lender falsely promised a loan modification, this is irrelevant to the claim, as the loan documents were executed prior to the alleged misrepresentation.

This is essentially “putting the cart before the horse,” and, as a matter of law, such a claim cannot be sustained.

Further, any alleged oral agreement or oral representation with respect to a loan modification, for example, is barred outright by the statute of frauds. A gratuitous oral promise to postpone a sale of property pursuant to the terms of a trust deed would ordinarily be unenforceable. Specifically, a written forbearance agreement is required.
Breach of the implied covenant of good faith and fair dealing
The implied covenant imposes certain obligations on the contracting parties as a matter of law—specifically, that they will discharge the contractual obligations fairly and in good faith. Further, the covenant of good faith and fair dealing, implied by law in every contract, exists merely to prevent one contracting party from unfairly frustrating the other party’s right to receive the benefits of the agreement.

An assertion of a breach of an implied covenant cannot be used to rewrite the terms of a party’s contract.

For example, a borrower’s allegations that the lender breached the covenant by failing to provide a loan modification simply fails as a matter of law. The modification of a loan is not an obligation expressed in the note or the deed of trust, and therefore by the terms of such contract documents, the lender would not be obligated to modify the borrower’s loan.
Negligence
The elements of a negligence claim are facts showing a legal duty of care, negligence constituting a breach of the duty, and injury to the plaintiff as a result of the breach.

The existence of a duty of care owed by a defendant to a plaintiff is a prerequisite to establishing a claim for negligence.

In general, a lender does not owe any duty of care to a borrower when the institution’s involvement in the loan transaction does not exceed the scope of its conventional role as mere lender of money. A lender does not owe any fiduciary duty to a borrower when he or she obtains a loan in the course of an ordinary lender-borrower relationship.
About the author

Patrick M. Roberts is an experienced litigator and trial lawyer in matters including commercial and business disputes, as well as construction related claims and defects. His experience in business disputes also involves the area of commercial litigation, where he has represented numerous financial institutions with respect to real estate litigation, as well as problem loans and workouts. He also has extensive experience in construction defect matters, having represented financial institutions, owners, developers, and subcontractors in numerous litigation matters through trial and arbitration. He has mediated over 400 construction-related matters. He can be reached at [email protected]