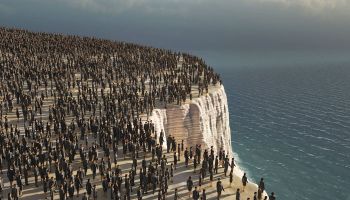 It's harder than ever today to make a good loan. The definition of a "good loan" has not only changed, but has been codified by the government, especially in the mortgage area. In addition, the economy is evolving in different ways than before, with a shift in population demographics, a resurgence of the rental market, and the emergence of new credit problem areas, such as student loans.

In response, lenders and those who help them, are employing new tools and approaches to better deal with today's pressures, so that loans—hopefully productive ones—still can be made in the future.

Earlier this year, the Consumer Financial Protection Bureau (CFPB) issued its "Ability to Repay" regulations and "qualified mortgage" rules. Among other things, these rules require lenders to know a potential borrower's debt-to-income ratio, and prohibits a loan unless the ratio is less than or equal to 43%. To do that, the lender has to factor in a whole raft of personal data, case by case, to make sure the potential borrower has sufficient assets to pay back the loan.

All that, in turn, devolves upon a bank's ability to trust the credit scores provided by credit bureaus, which, in turn, update, revise, and validate the algorithms with which they produce such scores.

It's not only the CFPB ratcheting up credit risk management. Requirements from the Comptroller's office, the Federal Reserve, and others have come into play.

"Regulatory issues have really risen to the top at a lot of banks and financial institutions," says Robert Stone, managing director, consulting, at Experian. "Credit risk management has changed from the standpoint that there needs to be a greater understanding of how to look at scoring. [It's] not just looking at scores in terms of their predictive rank ordering power, but also in terms of their accuracy—their ability to predict exactly what the delinquency and default rates would be. Obviously, that changes as the economy changes."

Those on the loan origination frontlines agree. "The No. 1 pressing issue right now, as we're looking at credit risk management, is that we're really diving into regulatory risk responsibilities," says one mortgage banker, who asked not to be identified, due to the sensitivity of the issue. "That's the driving force right now. Some of the executives here . . . are combing through sheets and sheets of mortgage servicing regulations that are coming along today."

"With the new rules on qualified mortgages, we are very cognizant of . . . [borrowers'] ability to repay. What's the distribution of their current loans, such that, do they have the credit to originate a mortgage and enter the purchase market, especially for the younger demographic?" the banker explains.

Along with the regulatory pressures come macroeconomic pressures—most noticeably among changing demographic segments and the issues that go along with them.

Says the mortgage banker, referring to demographic shifts, "It's something we keep tabs on. We do look at different attributes, components, and segmentation, depending on the different demographic types. We do fold in U.S. Census data, for example, such as migration patterns."

Along these lines comes a very real threat. "We are at risk of a student loan crisis," points out Stone, "as well as the fact that the younger generation may not be able to equal or exceed income levels that have been associated with [earlier] generation[s]. Certainly, changes are going to need to be made with a new customer demographic."

When one talks about demographics, one talks about data—tons of it—and it all has to be accurate. This gets to the heart of all the regulatory and segmentation requirements: the need to drill down to each individual, rather than settling for broad population sectors.

In nuts and bolts terms, that means being able to distinguish between a first and second mortgage, between a line of credit and a loan, and between different types of installment loans, including student, auto, and personal, explains VantageScore's Burns. The capability to factor this into credit scores only recently has been achieved, he notes.

"There are some new tools, particularly data-related," Burns continues." The three major credit reporting companies have all been able to develop ways to have more granular data. . . . Our new model is based on all that post-recession data, which really separates out a lot of the products and their predictiveness-of-default rates," he says.

Much of this has to do with advances in data analytics. Recently, Will Lansing, CEO of FICO, addressed a technology conference about this subject. "For more than 50 years, we have lived in a small-data world, seeking the data set with the highest predictive value. That made sense when we were constrained by the volume of data that we could store and manipulate. Now, those constraints are gone."

For example, in taking into consideration the so-called "thin files" of new entrants, the VantageScore model now scores them as soon as the individuals have been using credit for a month, rather than the previous standard of six months. In addition, instead of dropping a person from the rank scoring list if he or she doesn't use credit for six months, the new model keeps the score open for up to 24 months.

"The point is to get them going early on a score, so they can understand how the process works and have a better chance of getting access to mainstream credit," Burns says. (Lenders are alerted in such thin-file cases, so they can make appropriate decisions.)

Another area scorers are looking at: rental behavior as a predictive attribute. "Beyond the accuracy of the data, first and foremost, are those [traditional scoring] attributes even relevant in predicting the future?" asks the mortgage banker. "What we're seeing is that it will evolve over time to potentially [include] the rental market. How big does that look? What are the multifamily starts? What are the predictions of how many multifamily starts? What's the rental price forecast look like?"

Experian has taken this further by establishing a rent bureau to collect rental data from major property companies and others. "You can well imagine, with the credit crisis, it's not only young people who are renting now, but folks who have been displaced out of their homes. . . . Capturing that data and that payment behavior certainly helps us identify their credit risk profile and offer products to them that would meet their needs," says Stone.

Scores, models, and algorithms are valuable tools, of course, but, as Stone explains, "Even the best score in the world, if you don't use it properly, you can definitely wind up in a world of hurt."

On one level, according to Burns, it's imperative for lenders to periodically revalidate their credit models to make sure the rank ordering is accurate, and that customers who are creditworthy have it made available to them.

"It goes both ways. You validate to make sure you're not inadvertently putting too much risk in your portfolio, but also not leaving money on the table," Burns says.

For example, Stone continues, "We have a lot of data now to see what happened in the most recent credit crisis. But, in all likelihood, the next downturn is probably not going to follow the same process as the last one. You have to have a little bit of vision."

Burns says much the same. "You need to have a vision of what you want the outcome to be. You have to give the people who are crunching the big data, 'Here's what I need to get out of this.' If you go at it on a random basis, you'll be in a death spiral," he warns.

Looking at the issue more practically, the mortgage banker has this to say: "By serving and originating loans appropriately and accurately to the best interest of the customer, I think, in many ways, that will yield the best return on investment for the bank."