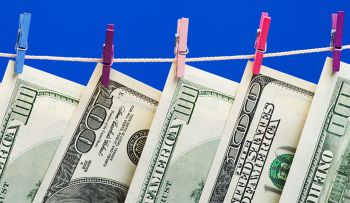 As I sit here contemplating a blog theme, I can’t get past the insanity in Washington that’s resulted in closure of government services for at least a few days. The brave men and women in law enforcement do not deserve this lack of maturity, and clear incompetence, and I feel even more offended by that given the active participation at last week’s conference.

Take a look at this report from the FBI field staff, as compiled by the FBI Agents Association:

My editor asked for this blog last week but I was enmeshed in the ACAMS 12th Annual AML & Financial Crime Conference in Las Vegas, so it had to wait until I returned. (ABA’s own joint meeting with the American Bar Association, the Money Laundering Enforcement Conference, is set for Nov. 17-19, Washington, D.C.) Among the learning opportunities in Las Vegas was the FBI field staff report. What you’ll read reviews how federal enforcement has changed since sequestration came in. As that presentation deck shows, there is some clear damage from budget cuts. Examples include:

I need not remind all of you that the FBI is only one of many law enforcement agencies impacted, so the list above only gets longer and deeper.

Attendees at the ACAMS conference were able to hear from several US and international officials, who shared themes of enforcement actions, new and emerging crimes, and the continued need for private-public partnerships. These issues and information sharing is essential to combating financial crime—a battle we will not be able to win with obstacles from clueless legislators.

Other themes from Vegas

As IRS Criminal Investigations Director Rich Weber said last year at our program, “what we learn during the conference should NOT stay in Vegas.”

So the issues covered ran the gamut from virtual currency challenges and human trafficking red flags to the one of the most pressing items facing AML professionals: What are regulatory examination expectations?

I moderated a closed door session for large banks. While the session was off the record, it can be reported that there is tremendous frustration at what some termed “a moving target.”

The regulators who appeared at our conference are clearly sincere about providing transparency and guidance regarding successful exams, but the view from the industry is that the field examiners are all over the place.

Clearly we must continue our dialogue.

What attendees were thinking and talking about

We were able to do a considerable number of polls during the program and released the results of a survey done in connection with Dow Jones. (http://www.acams.org/Home) The results are useful for planning and communicating to your senior management.

Some key responses from people onsite in Las Vegas include:

• “My 2013-2014 regulatory priority is addressing AML policies and procedures.”

• “The greatest terrorist threat to the United States is homegrown terrorists.”

• The self rating of understanding virtual currency was “adequate,” followed closely by “poor,” across the sample.

• An overwhelming number of attendees said there is no clear direction on the components to be included in AML risk assessments.

• A majority of respondents have changed their risk assessments in response to recent enforcement actions.

• Not surprisingly, over 70% said their regulatory examinations in AML have grown much tougher in the past year.

Some of the same themes can be found in the results of the Dow Jones-ACAMS Survey, . For example, staffing shortages and inadequate staff training are more widespread in 2013 compared with 2012. Increased workload continues to come primarily from FATCA, regulations expected from FATF recommendations and Dodd-Frank. Finally, increased regulatory expectations continue to challenge the AML community.

Conferences are an excellent time to benchmark your concerns with peers and government representatives.

You got the feeling last week that AML professionals are facing the toughest challenges in years, which of course we know, but there is a good-faith commitment to improve the environment.

Success will only occur if all sides realize they must improve; otherwise we are doomed to confusion, finger pointing, and continued frustration.

* “We can make it happen” is a recurring line in “Dialogue” an early 70’s song by Chicago that sets up a conversation between a frustrated viewer of society and an optimistic college student who sees opportunity.