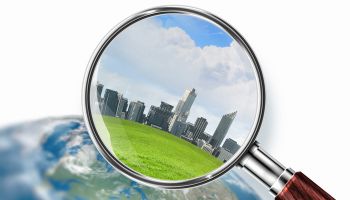 The number of banks with commercial real estate concentration above 300% of risk-based capital or with negative risk-based capital stands at 358 in the first quarter, amid improving credit quality and a decline in undercapitalized institutions. 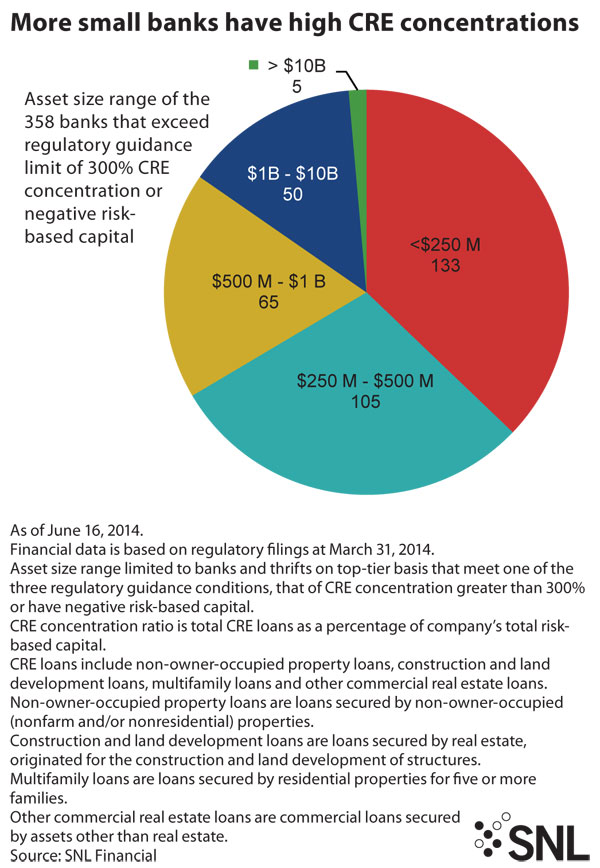 For this analysis, SNL defines CRE loans as construction and land development loans, loans secured by multifamily property, non-owner-occupied nonfarm nonresidential property loans, and loans for nonresidential nonfarm property secured by assets other than real estate. The definition is consistent with the interagency CRE guidance issued by the OCC, the Federal Reserve, and FDIC in 2006.

Regulators created guidance on CRE lending in 2006 to focus on the risks of high concentration and set three supervisory criteria: construction and development loan concentration above 100% and CRE concentration above 300% with a 50% or more increase in total CRE balances over the preceding 36 months. These criteria are not meant to set CRE lending limits on banks but to define the CRE concentration levels beyond which banks should enhance credit risk controls, including the stress testing of CRE portfolios. Only 28 companies exceeded that threshold as of March 31. 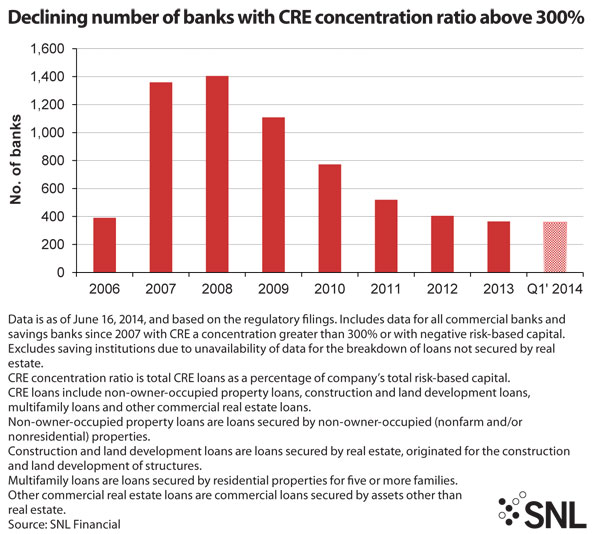 The largest bank by total assets among the 28, Bethesda, Md.-based Eagle Bancorp Inc., grew its CRE loans by 75.26% over the last 36 months and just announced that it will acquire Vienna, Va.-based Virginia Heritage Bank, another bank that meets the CRE guidance criteria.

Bloomington, Minn.-based Bridgewater Bank continued to hold the highest CRE concentration among institutions above the threshold, at 509.92%. The company's 36-month CRE loan growth hit 118.37% at March 31, up from at the end of 2013.