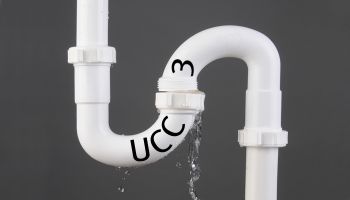 Imagine waking up one morning to realize that your $1.5 billion loan previously secured with a first priority perfected security interest is actually unperfected.

Further, the obligor on that loan is in bankruptcy.

And to top it off, your attorneys mistakenly approved the filing of termination statements—rendering your lien unperfected.

That’s what happened in General Motors’ bankruptcy case. GM’s lender made a $1.5 billion loan, which was secured with a first priority perfected security interest. However, a UCC-3 termination statement was mistakenly authorized and filed by counsel to GM’s lender, inadvertently leaving that loan unperfected, creating this cautionary tale of the law of unintended consequences.

On Jan. 21, 2015, the United States Court of Appeals for the Second Circuit held that although a secured party of record never intended to terminate a particular UCC-1 financing statement, a UCC-3 termination statement that was filed by the borrower’s counsel, with the consent of the secured party’s counsel, was nevertheless authorized and valid.

Basics of the GM case

The key facts are as follows:

• In 2006, GM entered into a wholly separate transaction to obtain $1.5 billion in financing, which was secured by a large number of GM’s assets (the “Term Transaction”).

• GM’s lender served as administrative agent and secured party of record in both transactions.

After GM filed for bankruptcy, GM’s lender informed the official committee of unsecured creditors (“Creditors’ Committee”) that the termination statement regarding the Term Transaction had been filed inadvertently. The Creditors’ Committee commenced an adversary proceeding in the United States Bankruptcy Court for the Southern District of New York seeking a determination that the termination statement had terminated the security interest and that, as such, the lien on the GM lender’s collateral was not perfected with respect to the amounts loaned under the Term Transaction.

The Bankruptcy Court ruled in favor of GM’s lender, holding that the lender’s counsel had only authorized the filing of an accurate termination statement as it related to the Lease Transaction. Because GM’s lender did not intend to terminate its security interest with respect to the Term Transaction, the termination statement was ineffective to do so.

The Creditors Committee made a direct appeal to the Second Circuit Court of Appeals, which certified the question to the Delaware Supreme Court of whether a secured lender must intend to terminate a specific security interest or whether its review and knowing approval of the termination statement is sufficient to terminate all security interests contained therein.

In answering the certified question, the Delaware Supreme Court assumed that GM’s lender had reviewed and authorized the termination statement.

The Delaware Supreme Court found that, under the Delaware UCC, a secured party must only review and authorize the filing of a termination statement. It is irrelevant whether the secured party did or did not intend to terminate the security interest, and did or did not understand the effect of the filing of the termination statement.

The court held that to allow a secured party a “safety valve” would have the unintended effect of disrupting the notice system upon which UCC filings are predicated, which allows parties in interest to rely on the terms of publicly–filed documents without having to discern a secured party’s intent.

The Second Circuit Court of Appeals relied on the Delaware Supreme Court’s ruling and found that the only issue left to adjudicate was whether GM’s lender had authorized filing of the UCC-3 termination statement. The court reviewed the facts in evidence and found that both GM’s lender and its counsel had repeatedly manifested consent to borrower’s counsel that, upon closing of the Term Transaction, all three UCC-3 termination statements would be filed.

According to the Second Circuit, “nothing more is needed.” Therefore, the court reversed the Bankruptcy Court’s ruling and remanded the case, with instructions to enter partial summary judgment for the Creditors’ Committee as to termination of the UCC-1 associated with the Term Transaction.

This case serves as a reminder that secured parties should always carefully review all UCC filings and consult with counsel before closing, regarding the effect of such filings on their lien positions. An ounce of prevention can often avoid a pound of pain. As the Delaware Supreme Court opinion notes, the termination statement filed by GM’s lender was reviewed by GM, GM’s counsel, and GM’s lender’s counsel, with no one catching the mistake before the erroneous filing was made.

The decisions also demonstrate the importance of proper filing of UCC statements in a bankruptcy setting, where a secured lender who has mistakenly terminated its security interest may have its unperfected lien avoided.

Under Section 544 of the Bankruptcy Code, a trustee or debtor-in-possession can seek to avoid unperfected liens, forcing a secured but unperfected creditor to recover its claim as a general unsecured creditor. This distinction can prove costly, as Section 1129 of the Bankruptcy Code requires that, in order for a plan of reorganization to be confirmed, secured creditors must recover the value of their claim up to the value of their collateral before general unsecured claimants may realize any recovery from that collateral on their claims.

This often leads to situations where properly perfected secured creditors receive one hundred cents on the dollar for their claims, while general, unsecured creditors must take a significant haircut.

Furthermore, the court opinions affirm the UCC’s notice system, reinforcing the principle that other parties in interest have the right to rely on the publicly–filed statements of secured parties, which avoids the need for costly litigation over a secured party’s intent in filing such a statement.

In order to ensure that publicly–filed UCC statements are accurate and limit risk exposure, it may be worthwhile for lenders to implement a checklist system. A UCC filing checklist would include the variety of necessary steps for a lender to take that would avoid later perfection issues, including employing multiple levels of review, cross-referencing the information in the filing to the debtor’s organizational documents, and otherwise ticking and tying the filing to the original debt documents.