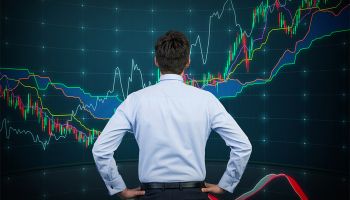 The math here is disquieting, to say the least.

“It is not uncommon today for a family with subprime credit to take a loan at 110% of a used car’s value that they will be paying off for seven years. That means if the family bought a used car on these terms when their daughter celebrates her ninth birthday, they will still be paying for it when she takes it for her first drive on her sixteenth birthday.”

Darrin Benhart, deputy comptroller for supervision risk, cited this dramatic example recently in discussing risk that the Comptroller’s Office worries about as the banking industry continues to expand following the contractions of the financial crisis. He pointed out that while auto lending has evolved considerably in the last few years, lenders have been entering or expanding auto credit on the basis of historical patterns that may not play out the same way.

Symptom of a bigger matter

Benhart used auto lending as an example of the additional exposure banks face when they rely too strongly on historical performance data. But his presentation portrayed a credit sector that could be headed for difficulty. The agency had flagged such concerns late last year in its Semiannual Risk Perspective report.

The Comptroller’s Office has spent much of its recent speechmaking highlighting cyber threats and the need for enterprise risk management at all levels of banking.

However, the presentation of Benhart, recently named to the new OCC post, zeroed in on new wrinkles in three traditional risk areas.

Benhart noted that lenders have been stretching auto repayment terms to as long as 84 months—seven years—on both new and used vehicles. Over the last two years, he said, the share of new car lending done at terms of 73-84 months has doubled to 24% of the total market. Likewise, longer-term lending for used vehicles has doubled over the same period to 14%. Benhart said that lenders have also increased loan-to-value ratios on auto loans and are dipping lower on the credit scale.

“We are starting to observe deterioration in auto lending portfolios,” Benhart said, “and banks are seeing the average dollar losses per vehicle rise. Sixty-day auto loan delinquencies rose 8.6% in the third quarter of 2014 compared with a year earlier, according to Experian.”

Benhart acknowledged that significant growth in loan volume and low payments have offset the full effect of these risks. However, he pointed out that these factors have obscured delinquency and loss rates as a percentage of total volume.

“We will have to wait and see how those investments perform over time,” said Benhart. “But institutions should take care to manage these risks carefully.”

For example, he pointed out that credit ratings have evolved, tending to either eliminate or downplay the impact of certain debt, such as medical debt, on overall ranking. While Benhart acknowledged that such changes may be warranted, “banks must understand what these changes mean relative to evaluating a borrower’s total ability to manage new debt.”

Overall, Benhart raised the concern that lenders have been stressing payment affordability rather than the long-term sustainability of such long-term debt. This became an issue during the run-up to the credit crisis that contributed to the Great Recession.

“Many people point to the fact that some borrowers defaulted on home loans while keeping car payments current during the last crisis,” Benhart said. “… Paradigms can shift and it is unclear if this paradigm will persist in the future. With lower payments during periods of economic stress, the lender and borrower have even less room to manage credit difficulties in the even of delinquency caused by short-term credit impairment.”

While Benhart went into considerable detail about the auto lending picture in illustrating his broader point about reliance on historical data, he spoke more generally regarding concentration risk management and correlation risk—the risk of hidden connections turning seemingly isolated risks into broader issues.

Benhart cited two examples of concentration, one “from the headlines” and one historical.

The first concerned the shock resulting from the Swiss National Bank’s decision to end its cap on the franc on Jan. 15.  He traced how this step, taken due to the euro situation, caused shocks around the world. In Switzerland itself, the massive one-day rise of the franc hit companies as diverse as watchmaker Swatch and Holcim Ltd., the world’s largest cement maker.

The second—all too familiar to bankers—was the carnage caused by concentrations in residential real estate from 2008 to 2010.

“The reality of the world is that even seemingly stable values can change by 20%, 30%, or even 40% quickly,” said Benhart.

Concentrations arise from multiple causes, with a growing wrinkle being mergers, which may combine two portfolios such that concentrations develop although the two merger partners separately may have had more balance, Benhart pointed out.

“Regardless of the cause,” said Benhart, “management and boards of directors must ensure that banks recognize the concentrations within their portfolios and have effective processes to identify, measure, monitor, and control the risks.”

Benhart promoted the concept of stress testing—not the processes required of the largest banks, but testing done at the individual portfolio or product line. This would help management and board to assess capital adequacy in relation to risks facing each bank.

[Recent related postings include Dan Rothstein’s blogs “Loan diversification … and its discontents” and “Talking to regulators about risk.”]

The current oil price situation served as Benhart’s introduction to the issue of correlation risk. Much has been written about the potential impact on oilfield banks of the price drop in regard to their exposure to producers, but Benhart used this to illustrate how broader exposures could develop.

Benhart pointed out that many commercial borrower have indirect connections to the oilfield boom.

“This impact is much more difficult to capture, but potentially more meaningful in the near term,” Benhart said. “These include exposures to commercial real estate such as office space or hotels and residential real estate built to support the expansion of the oil industry in some areas. You also have commercial loan exposures to trucking companies, restaurants, or equipment companies that could be affected as the oil producers reduce operations, stop new exploration, or lay off workers.”

Benhart said that such “nuanced correlated risks” often require assistance from data systems in order to flag exposure levels. That must be followed by ongoing monitoring and management, he added, as well as proactive outreach to borrowers when appropriate.

[Related recent posts include: Ed O’Leary’s blogs “Learning to connect the dots” and “An oil lender’s take on the price drop” and postings by SNL Financial, including “Oil plunge clouds Texas M&A picture”]