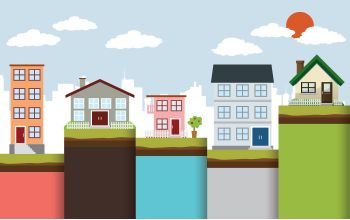 Now that the market is stable, many Wall Street firms are getting back into the warehouse lending business.

During the economic downturn, one of the hardest-hit banking segments was warehouse lending. In 2007, there were around 120 warehouse lenders; by the end of 2008, only about 15 remained, according to Stanley Street, president of Atlanta-based Street Resources, which provides expertise to warehouse lenders. As mortgage production fell, so did the need for temporary funding of loans that were to be sold to investors.

“Today, there are about 80 warehouse lenders,” says Street. “About 11 of those are nationwide banks, another 11 are regional banks, 46 are community banks, and the rest are private non-financial institutions.”

Utilization rates are up. According to Street, there is approximately $90 billion in commitments with about $40 billion outstanding, for a utilization rate around 55%. That’s more than twice what it was in January 2013, when the utilization rate hovered in the low 20s.

Comerica Bank, headquartered in Dallas with assets of almost $70 billion, has been in warehouse lending for more than 50 years. Senior Vice-President Von Ringger, who has managed the department since 1997, says warehouse lending is “a significant line of business for us”—and one that saw substantial growth in the past year. The average loans for Comerica’s mortgage banker finance program jumped from $1.3 billion in June 2014 to $2.1 billion a year later.

Ringger says the business is a win-win for banks and consumers. “Warehouse lending allows non-bank lenders the liquidity to originate loans,” he says. “By doing that, it creates more competition in the marketplace, so consumers are going to get the best deals.”

Competition has become even more keen as many of the players who dropped out of the market eight years ago have returned and others enter. Jeff Ellison, president of warehouse lending for $220 billion-assets BB&T, based in Winston-Salem, N.C., says the market is “just flooded” today. By 2009, most warehouse lenders had exited and there were liquidity problems. “A lot of the Wall Street firms got out; now that the market is stable, they’re back in,” he says. “A lot of private equity groups and hedge funds are getting back into the mortgage market.”

BB&T stayed in the business. It now has more than $3 billion in warehouse commitments. “We’ve enjoyed a good return over the past six years or so,” says Ellison. “We’ve seen pristine credit metrics. Returns, in general, are down from where they were five or six years ago because of competition.”

One factor driving competition is that regulatory burdens are forcing some loan originators, particularly small-cap lenders, out of business. “If you have to add a compliance staff and your volume is relatively low, it’s almost impossible to remain profitable,” notes Ellison. “We’re going to see more and more consolidation, and that shrinks the universe of potential clients for warehouse lenders.”

After 2008, Street Resource Group encouraged community banks to enter the business by providing a software platform that incorporates best practices and standardized risk management. “As mortgage production returned, there weren’t enough warehouse lenders, which is why many of the community banks stepped back in,” he says.

The business remains highly profitable. “People continue to come into this business because, although there is excess capacity overall, there remain significant opportunities for niche warehouse lenders—such as community banks servicing their mortgage affiliates,” Street says.

Many are optimistic. “People initially got in this because it was a relatively safe line where risk-reward made sense,” Ringger says. “For the most part, it has proven to be a very solid line of business.”