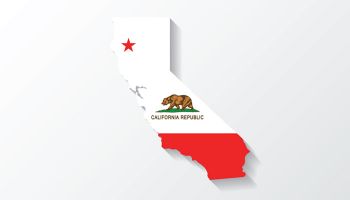 1st Century Bancshares Inc., a community bank with ambitious plans and a glowing view of conditions in its Southern California footprint, tabled a capital raise to fuel growth and instead decided to sell to a much larger player in hopes of drawing on the buyer's resources to catapult its expansion.

Buy my deal, not my stock

In cementing its sale plan to Oklahoma City-based Midland Financial Co. ($11.61 billion in assets) in March, the Los Angeles-based 1st Century ($732.0 million) at once allayed investors' concerns about a dilutive capital raise; fetched what it viewed as a favorable price in an all-cash deal; and found a partner that is new to California and committed to keeping 1st Century intact and growing with little disruption.

The $116 million deal, 1st Century Bancshares Chairman Alan Rothenberg said in an interview, is an example of how M&A can prove the opposite of throwing in the towel—many small banks have sold in recent years to get out from under heavy competitive pressure and regulatory burden—and instead be all about partnering up with a larger bank to efficiently draw upon higher lending limits and a new owner's more ample balance sheet to drive expansion in a market ripe for commercial loan growth.

"We're really confident in the opportunities here, and with the added resources we can capture them," Rothenberg said.

Path to the sell decision

First things first: In the fall of 2015, Rothenberg said, 1st Century's board determined that it was in position to meet increasing loan demand in its affluent base of West Los Angeles, where it caters to entrepreneurs, small businesses, professional services (doctors, lawyers, accountants, etc.), small manufacturing, and high-net-worth individuals. It researched plans for a substantial capital raise to fuel the effort, which would include hiring talent away from competitors.

Analysts at the time welcomed the idea of expansion, citing economic growth and strengthening real estate markets in Greater Los Angeles, analyst Timothy Coffey of FIG Partners said in an interview this week.

Coffey noted that, back in October 2015, City National Corp., then the largest bank based in Los Angeles, was about to finalize its sale to Royal Bank of Canada (the deal closed the following  month). He said it was widely believed that many City National lenders were entertaining offers from competitors before joining the Canadian bank. That likely punctuated 1st Century's sense that the time was right to grow, the analyst said.

But Coffey said he and many investors at the time thought 1st Century had enough excess capital to fuel near-term growth—its Tangible Common Equity ratio was nearly 9%, he noted—and that, if additional capital were needed longer term, a debt issuance could be a less expensive way to raise money. Others, including the bank's most prominent investor, thought 1st Century should consider every possible option, including a sale to a bigger bank that could fund the growth.

Coffey said that, via an ideal sale option, 1st Century would stand to gain higher lending limits, and that was important because many City National lenders who could potentially be poached would only leave for another bank at which they could bring with them their high-dollar clients, who of course could not be served by a small bank with lower lending limits.

The investor who favored a review of all options, Terry Maltese of Maltese Capital Management LLC, said in an interview this week that he and his firm did not argue that 1st Century "needed" to sell. Rather, he said, a capital raise at that time would have been too expensive and another route was preferable. It turned out, he agreed with 1st Century's Rothenberg, that a sale to Midland Financial was the best option.

"This is a very good outcome for shareholders," Maltese said.

Shareholders stand to get $11.22 per share in cash. Prior to the deal announcement, the stock had been trading around $8 per share. SNL calculated the deal value at 178.4% of tangible book on a per-share basis. Valuations for bank and thrift targets in the West region between March 10, 2015, and the same date this year, when the 1st Century sale was announced, averaged 140.36% of tangible book.

"I think they got a good price," Maltese said. "I think it would have taken a long time for the stock to get there on its own."

At the same time, FIG Partners' Coffey said, the deal is set up in way that 1st Century will keep its name, its offices, its executives, and its other talent all in place. New to the market, the buyer is approaching the acquisition as an investment opportunity as much as a takeover, focusing on growth, not the expense reduction that buyers often home in on initially to make deals profitable. Following the close in the second half of this year, Coffey said, the combined Midland Financial-1st Century is likely to recruit former City National bankers in greater earnest.

Rothenberg, the 1st Century chairman, called the deal "the best win-win-win we could have imagined," saying it was good for investors, customers and employees.  He said that, in addition to making larger loans, 1st Century will be able to expand into SBA lending and asset-based lending, among other new areas, and it will gain a variety of new products to offer existing customers, helping them to deepen ties and bolster the revenue each customer produces for the company.

"You get the right assets and the revenue will follow," he said.

Rothenberg expects to grow "dramatically" over the next couple years—doubling or even tripling its asset size. The bank envisions bolstering its presence further in West Los Angeles and likely venturing into new sections of California's largest city, including the downtown area. It likely will spread into neighboring markets, too, perhaps including prosperous Orange County.

"The market is vibrant," Rothenberg said. "The west side of Los Angeles in particular and Southern California generally have been very strong. They've almost been impervious" to any trouble.

Greater Los Angeles, he added, "is really dominated by small but very profitable businesses, and we fit beautifully into that."

In the release, MidFirst Bank Chairman Jeff Records echoed Rothenberg's take on the deal. "The exceptional management team at 1st Century gives us great confidence for its continued growth in the robust Los Angeles marketplace," he said.

1st Century generated net income of $2.6 million in 2015, up from $2.4 million a year earlier, the company reported earlier this month. It attributed the gain to advances in interest income produced on solid loan growth. Net interest income totaled $22.9 million last year, up from $18.5 in 2014.

Rothenberg said the latest results demonstrate strong momentum that 1st Century and Midland Financial, together, can build upon.

"There's an awful lot of activity," Rothenberg said. "We have a lot of opportunity."

Kevin Dobbs is a senior reporter and columnist. The views and opinions expressed in this piece represent those of the author or his sources and not necessarily those of S&P Global Market Intelligence. Follow on Twitter @Kevin1Dobbs.