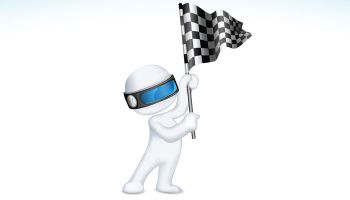 Are fintechs winning the race for customers? The World Retail Banking Report 2016 produced by Capgemini and Efma looks at the trends worldwide. This article recaps the research. A companion article probes the views of two Capgemini consultants.

For many years, banks have relied on customer trust. In some circles, that trust was seriously eroded during the financial crisis, and banks overall have worked to rebuild it. Fintech firms often portray a rebel’s attitude, by contrast. It goes with the “cool.” Many in fintech wear the “disruptor” badge with pride.

The thing of it is, according to a major research project among thousands of consumers internationally, as well as bankers in large organizations worldwide, the level of trust in fintech players has been increasing. And the effect of that is growing willingness to do business with fintech players instead of banks, where they go head to head. The implications for banks’ strategy outlined in the study are significant.

Stated in the preface to the World Retail Banking Report 2016 produced by Capgemini and Efma, the international trade association:  “While fintech firms have been picking away at market share for some time, the nature of banking—highly regulated and deep pocketed—has muted their impact. Our survey indicates that a tipping point is imminent, with fintech firms beginning to win overwhelming favor with customers compared to the entrenched banking industry.”

The report found that fintech companies are winning new customers, customer referrals, and trust, that staple of banking, at what the firm calls a “stunningly high rate.”

“There is little doubt that fintech is a game-changer,” according to the report preface. “Banks have begun accepting that reality, but still need to move much more forcefully toward cementing their place in a more interconnected digital financial ecosystem.”

This recap looks at the study’s findings among customers about banking and fintech usage, and also at the findings among bankers interviewed for the Capgemini/Efma report. (A companion article to this recap—“What Amazon, Google, and Uber taught customers”—presents highlights from an interview with two Capgemini experts involved in the report, including Bill Sullivan, head of Global Financial Services Market Intelligence, one of two team leaders heading the large team that produced the report.)

Worldwide, the report found growing customer experience quality, overall, including that 85% of consumers indicated their experiences with their banks had improved over the previous year. The top three nations, by improvement, were Japan, the Netherlands, and Sweden.

The U.S. ranked sixth, worldwide, in the Capgemini Customer Experience Index rating, at a score of 80, and exceeded by Canada (80.9), the Netherlands, the Czech Republic, the U.K., and Switzerland. Spanish institutions collectively had the lowest rating, at 65.3. The world average for the 2016 report was 75.6, an increase of 2.9 points over 2015. The base of the Customer Experience Index is 100.

This part of the study, and the figures regarding fintech usage and trends, is based on a survey of 16,000 customers in 32 countries. (Separate research in the report delved into banking executive’s perceptions.)

However, there were lower levels of positive experiences among Gen Y and Gen X customers. For example, in North America the survey reported positive customer experiences among 47.7% of Gen Y people; 62.5% of Gen X individuals; and 75.7% of all other age groups.

The report commented on this: “These lower levels are cause for concern as the younger generations become increasingly influential. Gen Y customers are particularly important to banks, given their large presence, expected longevity, and avid use of technology. Yet having grown up on a steady supply of advanced digital technology, Gen Y customers are also more difficult to please. They also have significantly less trust in their primary bank compared to other age groups. To remain competitive over time, banks must gear up to meet the more exacting demands of this important segment.”

Grim as this might be, the report’s findings about trust were more worrisome yet. 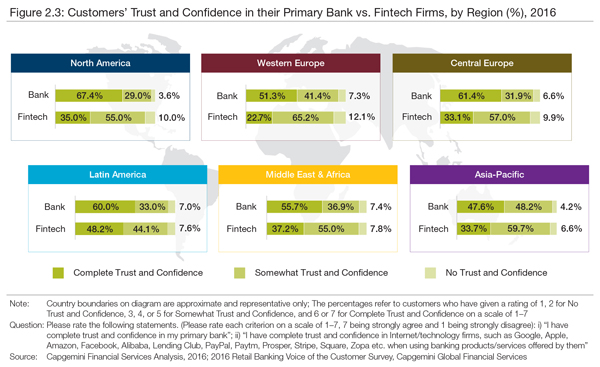 Positive customer experiences tended to correlate with higher levels of trust, according to the report. Worldwide, more than two out of three customers with positive experiences with their banks said they were likely to remain with that provider.

Globally, only 55.1% of customers said they would stay with their bank for the next six months, a small increase over the year before. The trend was a bit more positive in North America, where 62.2% of respondents said that they would stick with their banks. In the U.S. this trait came in at 58.9%.

Referrals proved another brewing problem area, and one of significance cited in our interview with Capgemini executives. Only 38.4% of  consumers worldwide—up only 1 percentage point from the previous report—said they would refer their bank to a friend or family member. The trend was much stronger in the U.S., where it came in at 53.6%—though this means almost half of customers would not recommend their current institution.

Contrast the global figure for banks with the figure for fintech, which we’ll reveal below.

In North America, 59.1% of those consumers surveyed do business with fintech companies—64.7% do so with one provider, 20.6% with two, and 14.7% with three or more fintech providers. In Latin America 77.4% of consumers have fintech relationships, the highest level worldwide by region.

In the U.S., 62.3% of consumers do business with at least one fintech provider: 59.6% do so with one, 23.2% with two, and 17.2% with three or more. The U.S. ranks 20th in fintech adoption worldwide. (Note that the question asked in this regard specifically was, “Are you currently using any financial products or services from fintech firms (such as Aliababa, Apple, Google, Lending Club, PayPal, Paytm, Prosper, Stripe, Square, Zopa, etc.)?”) 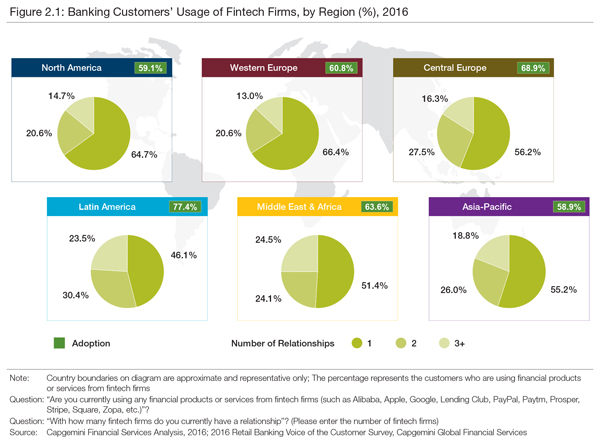 The survey notes that younger customers are more likely to opt for fintech, but that other generations are catching up. Worldwide, 67.4% of Gen Y customers use fintech, and 55.9% of all other age groups do so.

In North America, the largest gap between Gen Y and other age groups is seen, 62% Gen Y versus 47% all other ages, a gap of 15 percentage points. Yet note that this means that almost half of the other groups are using fintech—a source of service that didn’t exist when most of those consumers were born. 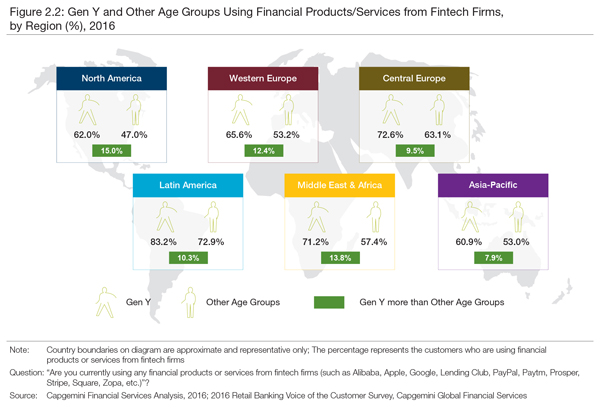 An interesting take on the appeal of fintech, from the report’s narrative: “Most individual fintech firms have the advantage of being highly specialized, providing attractive alternatives to mostly commoditized banking products and services. Collectively, fintech firms cater to a wide range of financial needs, providing customers with many avenues for initiating relationships.”

In the area of trust, while banks have a higher level of complete trust from respondents, fintech globally has complete or some trust from 87.9%, worldwide.

“As regulators increasingly turn their attention to fintech, driving broader customer protections and addressing security and privacy concerns, trust levels with fintech firms are expected to rise even higher,” the study report stated.

Looking at bankers’ views on fintech

The study found some correlation, but also some notable mismatches, between consumers’ views of fintech providers versus bankers’ views of the newcomers. 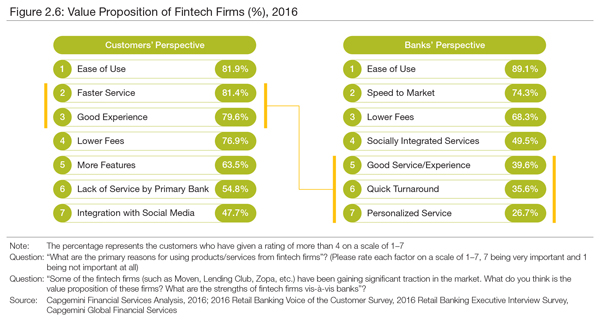 The top three values of fintech, as rated by consumers (above chart) are ease of use; faster service; and good experience. Interestingly, a bit over half—54.8%—said their primary bank did not provide the service that they obtain from their fintech provider.

Bankers’ collective views synched with consumers on that first attribute, but from there viewpoints tended to diverge. The bankers didn’t always perceive fintech firms as favorably as consumers did.

For example, worldwide, “good experience” ranked third among consumers, cited by 79.6% of respondents.  By contrast, bankers ranked this fifth, and only 39.6% believed that fintech provided good experiences—about half of the consumer figure.

The bankers did give fintechs credit for speed of getting products and services to market—74.3% cite that, making it the second-ranking attribute in the bankers’ view.

Bankers were asked where they saw the greatest threats from fintech players, by business line. The top concern was cards and payments, cited by 84.2% of the sample. Other categories ranked came in at much lower percentages. For example, only 55.4% of bankers saw fintech as a threat in lending, 42.6% saw concern in financial advice, and 20.8% worldwide saw a threat in mortgages.

The study report suggested that bankers might be underestimating the threat, in light of the growing investments being made in fintech.

“Fintech’s influence is seeping into all aspects of traditional banking,” the report stated.

The study also asked banks about their feelings regarding their advantages versus fintech players, the ranking reproduced below. Customer trust—which fintech firms are gaining, as recounted earlier—was seen as the top advantage, worldwide. 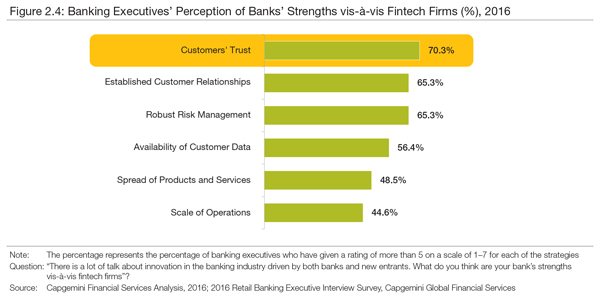 “The vast majority of bankers surveyed (96%) said they agree that banking is evolving to become a series of inter-connected digital financial services within a secure and regulated ecosystem,” the report stated. “But they do not view themselves as prepared to support such an ecosystem.”

Only 13% believed their core systems in their current state could support such an effort.

The report found that these and other realizations are driving a change in atttitude towards fintech companies. While nearly one in three bankers still see them as competitors (27.7%), 65.3% now see them as partners. Only a handful of banks don’t “get” fintechs, calling them “irrelevant” (6.9%).

The report recapped bankers’ thoughts on how they would partner with fintech.

What do the respective players offer one another? Said the report: “Fintech firms excel in their ability to move quickly, innovate, and exploit new technology, while the banks have capital, deep customer bases, and expertise in dealing with regulators.” The report also stated that banks’ experience with payments and risk management would appeal to fintechs.

Interestingly, despite acquisitions made of fintech firms by banks in the past, the report found this was not the strategy of choice for most banks. Many more indicated they would collaborate with (45.5%) or invest in fintech firms (43.6%) than acquire (17.8%).

“Incubation” is a strategy cited but not quantified in the survey. This method entails providing office space, mentorship, and resources to startups. One example cited was Wells Fargo’s Startup Accelerator. 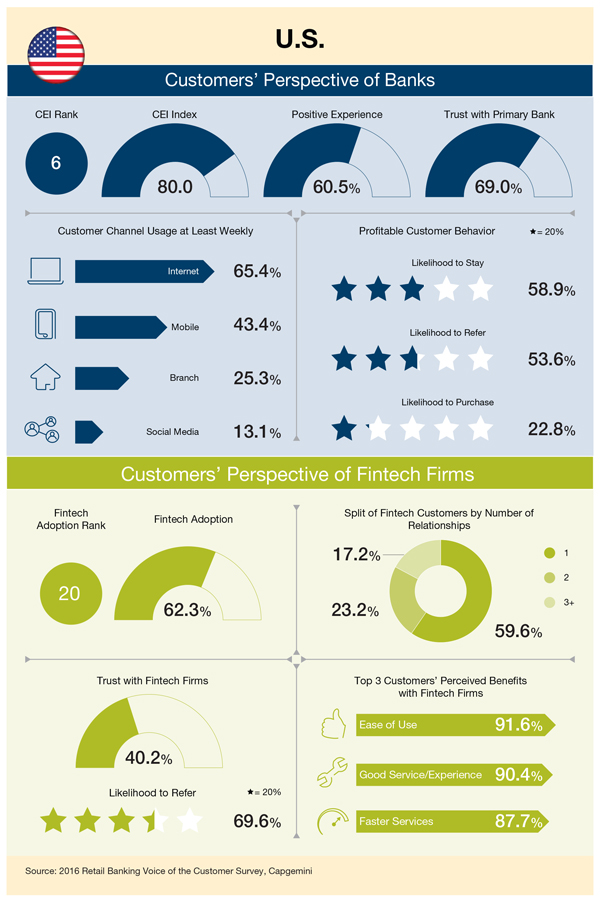