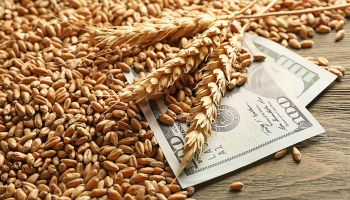 If you live in Los Angeles, and your bank is acquired by another, it’s likely that you’ll barely notice.

But bank consolidation has “a very different feel for rural communities,” says Julie Stackhouse, executive vice-president at the Federal Reserve Bank of St. Louis. The district bank’s territory includes parts of Missouri, Kentucky, Arkansas, and Mississippi that are quite rural and generally poor.

“For a long time, as charters went down, the number of branches [still] went up, but now branches are declining as well,” Stackhouse said. In farming-dependent communities, branches are still relatively stable and provide rural residents access to traditional lenders, but Stackhouse says it isn’t clear if that’s going to continue. She spoke at the Federal Reserve Board’s recent “The Future Of Rural Communities: Implications For Housing.”

“On balance, the Midwest exhibits a heavy volume of banking facilities relative to its population. Compared to the coasts, it’s a lot,” Stackhouse said, “but that concentration will have to be alleviated over time.”

The driving force behind consolidation is something all bankers know:  rising compliance costs.

“So many of these rural banks are small, maybe eight employees,” according to Stackhouse. “If you have to hire someone to document compliance, that’s probably the straw that breaks the camel’s back.”

She predicts what rural areas dread—the loss of their community bank. It will be slow because rural banks tend to be family banks, Stackhouse says, but it will occur.

Eric Belsky, director of Consumer and Community Affairs for the Federal Reserve Board of Governors, also speaking at the forum, concurs that the number of banks with headquarters in small towns has declined because of consolidation. But he maintains that there is a very concerted effort on the part of bank regulators to tailor supervision to the size and complexity of financial institutions.

“The concern we have is that as you consolidate, you may be able to spread costs more effectively, but when the locus of control goes to a headquarters office, some of the decision-making is made remotely,” Belsky said. “That raises questions about how much access [to credit] some communities have.”

Although financial technology is making inroads even in rural communities, “touch still matters,” according to Lisa Mensah, Under Secretary for Rural Development at the U.S. Department of Agriculture. Her agency has staff in 50 states, a resource she suspects is underutilized.

“We’re still a direct mortgage maker; $900 million of single-family mortgages were made last year,” Mensah said. “We can’t stand against the forces of global tides, but what we’ve learned is that [rural communities] still need a tether to a real institution, whether that’s a credit union or a bank.” (USDA both guarantees private loans and also makes direct mortgage loans.)

Mensah brought to the forum a hope for rededication to rural economies, starting with rural housing. “We need to commit ourselves to rebuilding and rehabbing our stock, and with these patterns of consolidations, bring more capital to our partners,” she said.

Stackhouse agreed that rural communities have many needs that can be met by banks.

“The credit demand is out there, and banks want to lend; that’s not the issue,” she explained. “It’s the non-bankable assets that are the problem.”

Assets of rural communities can be tenuous, and if they fail, they threaten the viability of the bank.

Mistrust threatens the viability of relationships between banks and some rural residents, explained Karama Neal, chief operating officer of Southern Bancorp Community Partners, which serves the Mississippi and Arkansas Delta.

“We focus on concerns about the non-bankable deals and how to work with folks who aren’t quite bankable but are worthy of loans,” Neal said.

Part of that job is to build trust and relationships with their clients.

“It may take years before that person will open a bank account or think about buying a house, despite years of nudging from us,” Neal said. “As a mission-driven bank, we have to rebuild the trust that these people don’t have in other financial institutions.”

From trust to entrepreneurship

Rural residents also must learn to trust themselves if they want to strengthen their local economies.

“A lot of this is about getting the community to look at and understand their assets and how they can grow by connecting that to real assets out there,” explained Deborah Markley, co-founder and managing director of the Center for Rural Entrepreneurship. “We have come to believe that entrepreneurship development is the best way.”

A community that wants to develop capital needs to ask:  Who are its entrepreneurs? What resources exist to support them? Then create a system to balance the demand and the supply, Markley advised.

“It’s about instilling a set of entrepreneurial behaviors—and it doesn’t stand alone. You can’t encourage entrepreneurship without asking, ‘If we attract a young family to this job, where are they going to live? If we attract millennials, where will they want to live?’ ”

Belsky framed that as the ultimate goal—creating an environment where there’s fertile ground for investments that will bring back people and jobs.

“We need to create the capacity to deploy capital into rural communities,” Belsky said.