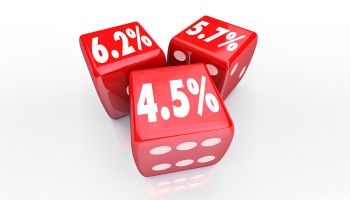 The banking industry has positioned itself for rate hikes that seem to keep moving into the future, and higher rates may offer little benefit when they do come to pass.

Banks of all sizes have become asset sensitive in recent years, preparing for the Federal Reserve to raise interest rates. Balance sheets are more asset sensitive today than they were during the last tightening cycle between 2004 and 2006, according to repricing disclosures in call reports.

[BE Editor’s note: Subsequent to SNL Financial’s original publication of this report, on June 15 the Federal Reserve Open Market Committee met and decided not to increase rates. The committee statement said, in part: “The Committee expects that economic conditions will evolve in a manner that will warrant only gradual increases in the federal funds rate; the federal funds rate is likely to remain, for some time, below levels that are expected to prevail in the longer run. However, the actual path of the federal funds rate will depend on the economic outlook as informed by incoming data.”]

In theory, asset-sensitive banks will enjoy greater margin expansion when interest rates rise, since their assets reprice faster than their liabilities. However, repricing disclosures are static and do not take into account factors such as the competitive environment for loans or how banks' deposit mix could change when rates rise. 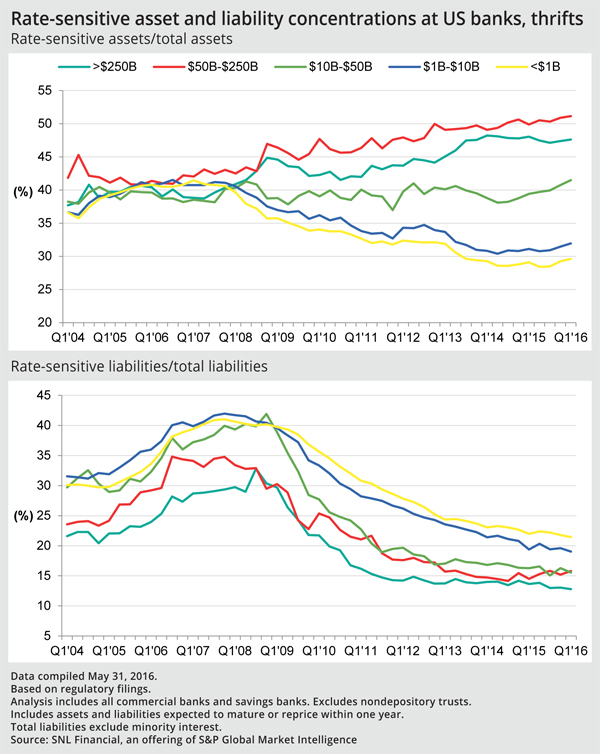 The banking industry as a whole was in an asset-sensitive position at year-end 2015, shortly after the first rate increase in nearly a decade, as assets expected to reprice or mature within one year exceeded similarly rate-sensitive liabilities, with the difference amounting to 31.0% of total assets. The one-year repricing gap was even wider—31.6% of total assets—at the end of the first quarter of 2016.

Larger-bank balance sheets are more asset sensitive than their smaller counterparts, likely due to hedging and higher concentration of commercial loans, which carry floating rates. The largest banks—those with assets over $250 billion and those with assets between $50 billion and $250 billion—had the biggest one-year repricing gaps at March 31, 2016, coming in at 36.2% and 37.3%, respectively. Those measures are roughly double what they were at March 31, 2004, for both groups.

Banks with assets between $1 billion and $10 billion and institutions with less than $1 billion in assets reported one-year repricing gaps of 15.2% and 10.6%, respectively, at the end of the first quarter of 2016. Smaller banks are less asset sensitive, presumably because their liability bases are more concentrated in deposits that are susceptible to changes in rates such as CDs.

Repricing disclosures cannot predict what market rates will be at a given point in time, even if interest rates are expected to move higher. Banks have priced loans aggressively in recent years, putting pressure on yields. Even if rates move higher, competitive pressures might prevent assets from repricing by the same amounts.

While banks are asset sensitive, many have built sizable, longer-duration assets on their balance sheets. At the end of the first quarter, longer-duration assets with maturities over five years grew to 22.8% of assets across the industry, from below 20% heading into the last tightening cycle. Institutions below $1 billion in assets led the way, increasing the concentration of those assets by roughly 10 percentage points during the same time period.

Some assets are tied to long-term rates, which remain low and are not expected to increase soon. Banks with longer duration loans and securities could see their margins squeezed if the yield curve flattens, as short-term rates rise while long-term rates hold steady. Those institutions could even see some earning-assets reprice lower while deposit prices rise. 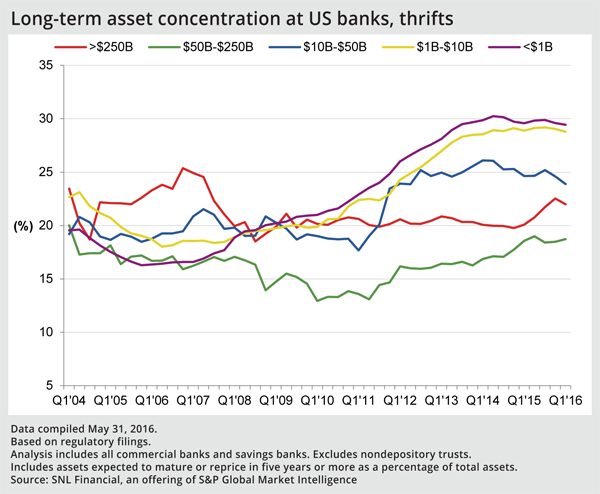 Deposit composition on bank balance sheets could also change and mitigate the benefit of asset-sensitive positioning. S&P Global Market Intelligence and others have argued that the competition for deposits will be more intense when rates rise as compared to previous tightening cycles, particularly as institutions react to new regulations such as the liquidity coverage ratio, which places higher value on retail deposits among banks with more than $50 billion in assets. It also stands to reason that noninterest deposits will become smaller portions of banks' deposit bases over time, and funds will eventually move to accounts that offer customers some yield.

Assuming that occurs, the amount of liabilities set to reprice in a given time frame would change, and higher short-term rates might not provide the boost that some banks expect. 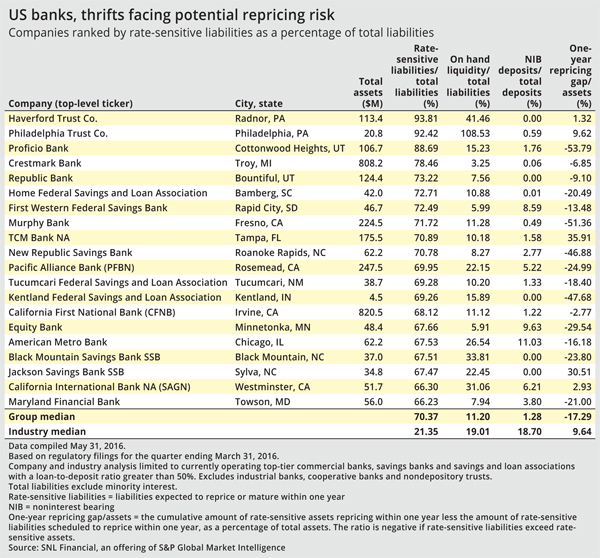 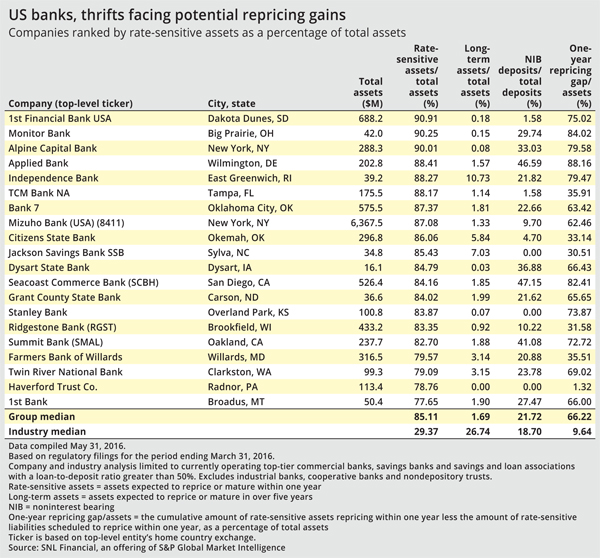 This article originally appeared on SNL Financial’s website under the title, "Positioning for higher rates might not pay off for banks"