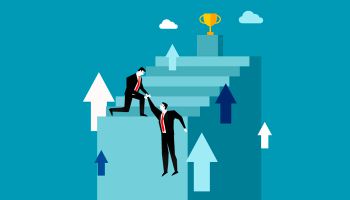 Fairly ugly as words go, "platformification" may be more attractive as a strategy.

Aside from any online shopping that bankers may do, many banks now use Amazon’s outsourced IT services. Unlike most vendors they rely on, financial institutions would do well to aspire to Amazon’s business model, according to Ron Shevlin, research director for Cornerstone Advisors.

Amazon is the truest example of what Shevlin calls “platformification”—an admittedly “ugly word” that he believes will have a significant impact on the financial services industry.

Shevlin, speaking at the fall BAI Beacon conference, described how Amazon has built an e-commerce infrastructure with a toolkit to integrate producers into its platform.

“Amazon has created a plug-and-play platform that allows producers and consumers to exchange and create value,” he said.

Such an approach in banking, Shevlin added, would support an environment in which fintech and traditional financial services providers work together.

However, Shevlin noted: “Ask consumers how many of these fintech start-ups they want to do business with to solve their financial needs. The answer is that they don’t. Someone has to pull everything together in a cohesive way for consumers that makes sense.”

That’s where financial institutions add value, said Shevlin, providing “a platform in which multiple providers can play together nicely in the sandbox to meet consumers’ financial services needs.”

“The bank of the future will embrace a plug-and-play business model that allows multiple participants—producers and consumers—to connect, interact, and exchange value,” predicted Shevlin.

A platformification strategy requires institutions to become magnets that attract both producers and consumers; become matchmakers that provide a platform for consumers to find the right products and services across a series of producers; and have toolkits that integrate producers easily into the platform.

Who’s up to “platformification”

Shevlin noted that BBVA Compass is working on platformification in Europe.

“BBVA application programming interfaces [API] allow third parties to give their clients access to information in BBVA accounts.” He said U.S.-based Capital One also is launching a series of APIs.

Shevlin added that “platformification is an open environment. You don’t need to partner with these producers; just offer them easy plug and play.”