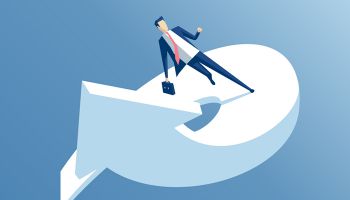 So far a majority of community banks have started the second-quarter earnings season posting higher net interest margins year over year. On June 14, the Federal Reserve raised interest rates by 25 basis points for the second time so far in 2017, and the fourth time since December 2015, helping to boost margins across the banking industry.

Among community banks with less than $1 billion in assets that reported earnings up to July 21, median net interest margin hit 3.73% in the second quarter, up 8 basis points from the year-ago quarter, as calculated by SNL.

All data shown in this Data Dispatch is for the calendar quarter ended June 30, 2017.

Community banks with total assets between $1 billion and $5 billion have reported a median net interest margin of 3.57%, compared to 3.54% in the second quarter of 2016. Dallas-based Triumph Bancorp Inc. reported the highest NIM among all such community banks at 6.14%, down 35 basis points from the year-ago quarter. According the company's 10-Q, the decline in NIM resulted in part from a decrease in yields on interest-earning assets and an increase in average cost of funds. 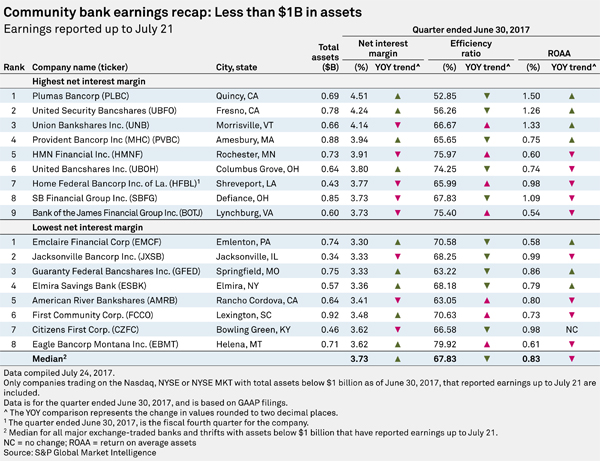 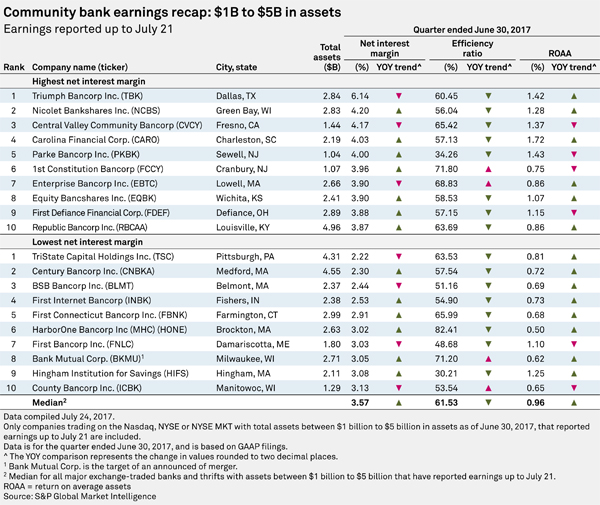 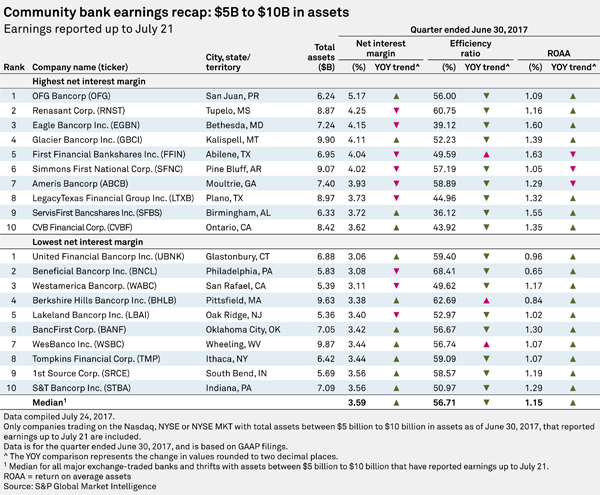 The largest community banks, those with total assets between $5 billion and $10 billion, reported a median net interest margin of 3.59% for the quarter ended June 30, up 12 basis points year over year.

Tupelo, Miss.-based Renasant Corp. reported a 4.25% net interest margin for the second quarter, which was down 1 basis point from the year-ago quarter. During the company's July 19 second-quarter earnings call, Renasant CFO Kevin Chapman said, "As we look out into [the third quarter] in margins, we'd expect some positive benefit from the rate increase that incurred in late June, that the last 25 basis point rate increase was not fully reflected in all of our results for Q2." "And then, any future rate increase would also be positive to margin," he added.