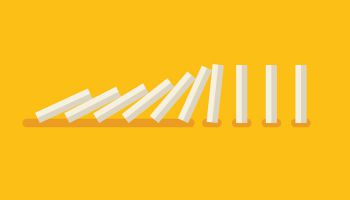 The Senate joined the House in getting the wheels moving on legislation that would replace the $50 billion threshold for enhanced prudential oversight with a five-point, risk-based assessment. With bipartisan support for bills in both chambers, President Donald Trump could have the opportunity to sign into law the first major piece of Dodd-Frank reform.

On Sept. 28, Sen. David Perdue, R-Ga., teamed up with Missouri Democrat Claire McCaskill to introduce a bill that would require the Federal Reserve to assess size, interconnectedness, substitutability, global cross-jurisdictional activity, and complexity before applying stronger capital requirements and other regulations currently applied to systemically important financial institutions, or SIFIs. The Senate bill is the same as a House bill introduced earlier by Missouri Republican Blaine Luetkemeyer, which has the backing of 13 Democrats.

The Treasury Department's review of financial regulation endorsed replacing the $50 billion threshold as the bill suggests, but the White House declined to say if Trump would sign a bill sent to his desk.

"If this legislation passes the House and Senate, the President and his advisers will make a decision," White House Assistant Press Secretary Natalie Strom said in an email.

Since it was installed by the Dodd-Frank post-crisis regulatory framework, the $50 billion threshold has had a notable impact on the mergers and acquisitions market, where companies near the threshold have adopted the strategy of making large acquisitions to breach the $50 billion mark and absorb the regulatory costs associated with becoming a SIFI.

There are 34 U.S. bank and thrift holding companies with more than $50 billion in total assets. There are five firms that are less than $10 billion short of the threshold: SVB Financial Group, New York Community Bancorp Inc., People's United Financial Inc., Mizuho Americas LLC, and Popular Inc.

Lawmakers, regulators, and even Barney Frank, one of the eponymous authors of the Dodd-Frank Act, have called the $50 billion asset threshold arbitrary, with some saying that a risk-based assessment would reduce compliance costs while allowing the Federal Reserve to monitor systemic risk. Nellie Liang, former director of the Office of Financial Stability Policy and Research at the Federal Reserve Board, said the change is a step in the right direction.

"A risk-based assessment will better capture systemic risk than size alone, and $50 billion is too low a threshold," Liang, now a senior fellow at the Brookings Institution, said in an email.

Despite some Democratic support for the bill, some expect left-leaning lawmakers to staunchly defend Dodd-Frank. Rep. Nydia Velázquez, D-N.Y., recently told S&P Global Market Intelligence that the bill "very much" concerns her, adding that she is not convinced that the SIFI threshold change would free banking institutions to increase community lending.

Compass Point analyst Isaac Boltansky predicted opposition from some Democrats but forecast the odds to be "slightly in favor" of the asset threshold being changed in the current Congress.

This article originally appeared on S&P Global Market Intelligence’s website under the title, "SIFI threshold could be 1st major domino to fall in Dodd-Frank reform"