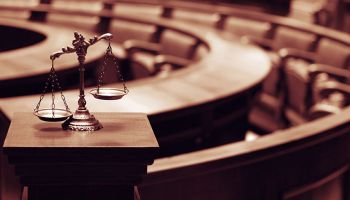 A coalition of 17 state attorneys general filed a friend of the court brief supporting the continued push by former CFPB Director Richard Cordray’s temporary successor to regain or retain that position (depending on your viewpoint). The group also wrote a letter to President Trump stating that Trump’s pick for CFPB acting director, Mick Mulvaney, an avowed critic of the bureau, should be disqualified from holding the office.

The amicus brief, filed Dec. 8, joined other such briefs also filed in support of Leandra English, whom Cordray had named as his acting successor when he made his sudden but not unexpected announcement in late November that he was resigning his post effective midnight Nov. 24.

In the wake of Cordray’s move, the President named Mulvaney, head of the Office of Management and Budget, to temporarily fill the post instead of English.

English sued in the U.S. District Court for the District of Columbia. English had been CFPB Chief of Staff until being named Deputy Director on Nov. 24, replacing David Silberman, associate director at CFPB, who had been acting deputy director.

In late November Federal District Court Judge Timothy Kelly denied a request by English for a temporary restraining order against the Trump move. Since then on Dec. 6 English filed a motion for a preliminary injunction against the temporary appointment of Mulvaney.

“Defendant Mulvaney currently serves as Director of the Office of Management and Budget, an agency within the President’s Executive Office,” the motion states. “For Mr. Mulvaney to continue in his role as Director of OMB while purporting to serve as Acting Director of the CFPB severely undermines Congress’ goal of insulating the DFPB from presidential influence or control.

At issue is which federal law applies to the temporary opening for Cordray’s job: the Federal Vacancies Reform Act or the Consumer Financial Protection Act section of the Dodd-Frank Act (Title X).

The administration leans on the first, English on the second. English is represented in the case by the issues-oriented law firm of Gupta Wessler PLLC. Partner Deepak Gupta is himself a former senior litigator for CFPB.

The Justice Department must respond to the request for preliminary injunction by Dec. 18, and a hearing is scheduled for Dec. 22.

In its letter to President Trump the state attorneys general group criticized putting a critic of CFPB at the top of the bureau.

“The CFPB has been a critical partner in protecting American consumers and holding fraudsters accountable,” the letter states. “It deserves a leader who actually believes in its mission.”

“Attorneys General won’t hesitate to protect those we serve—with or without a partner in Washington,” the letter states.