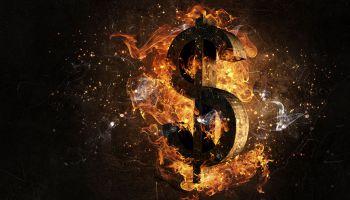 Banks could be caught unprepared for the impending revenue standard that goes into effect next year, as some of their businesses might fall unexpectedly within the guidelines.

A new revenue recognition standard goes into effect in the first quarter of 2018, prescribing how companies report revenue across industries and geographies. It addresses how companies should disclose customer contracts, performance obligations, and price. Banks are exempted from much of the work associated with implementing the standard, but risk a "fire drill" if they have waited to identify what areas are impacted by the change.

Some banks may have procrastinated on implementing the revenue recognition standard because interest income, which makes up much of their revenue, is exempted. The new revenue recognition guidance impacts companies that either enter into contracts with customers to transfer goods or services or enter into contracts for the transfer of nonfinancial assets, unless another standard governs those contracts, according to the Financial Accounting Standards Board. For banks, the greatest change may be an adjustment in gross or net reporting of certain revenue lines.

But bank executives may not have examined which fee lines may be within the scope of the standard and could find themselves scrambling to comply with the standard ahead of 2018 first-quarter earnings.

"What we're seeing is banks taking a closer look and realizing that there may be a greater impact than they thought … so now it is creating a little bit of a fire drill," said Eric Knachel, senior consultation partner at Deloitte & Touche LLP who leads revenue recognition. "They … put it on the back burner and are now looking at things and saying, 'Wait a second, I hadn't thought of that.'"

Determining the scope of the standard is a particular problem for banks, since some of their noninterest income could fall within the standard and some outside. Knachel said the standard is not prescriptive about what is and is not in-scope, and executives at individual banks will need to decide based on their contracts.

Check it out … “Cliff Notes”

In an attempt to help banks discern this, the American Institute of Certified Public Accountants published a "Cliffs Notes"-style article explaining where items on a bank income statement fall, said author Jason Brodmerkel, the AICPA staff liaison for the depository institutions expert group. He said the AICPA heard from a variety of smaller community banks and credit unions asking if the standard applied to them, and his article notes five areas of potential impact.

While basic checking and savings accounts may be out of scope, Knachel pointed out that they can sometimes be bundled with custodial or financial planning services that might fall within the guidance. Credit card rewards and performance-based awards for investment managers could also vary between in- and out-of-scope. For investment managers, the standard could impact disclosures around performance-based fees that are tied to the stock market's performance or other external performance measures. For credit cards, Knachel said the financing a bank provides would be considered out of scope, but any rewards or loyalty incentive program tied to the card may not be.

Once banks determine which parts of their business lines are in the scope of the standard, they will need to provide enhanced or updated disclosures about the revenue in company filings. Here, too, Knachel said banks may be deceived as to the amount of work required. He said the work to prepare the disclosure may impose burdens on IT systems as companies attempt to describe how they identified what revenue fell within the standard.

The standard will be immaterial to the largest banks in the U.S., according to a sampling of their latest quarterly filings. But to reach that conclusion, banks need to ensure they have appropriately examined and scoped their business lines.

For example, State Street Corp. reported implementation work that included scoping "material revenue streams into cohorts, analysis of underlying contracts for each cohort, business unit workshops to further assess specific contracts and products, and the development of updated disclosures," according to its Form 10-Q. It said the new standard modified the principal and agent guidance, resulting in the bank recognizing certain expenses on a gross basis, rather than offset against revenue, but that material revenue streams would be "largely unchanged."

Citigroup Inc. disclosed that it had identified about $800 million in transactions that were impacted by the standard and will need to be presented differently. Additionally, the standard would push up its efficiency ratio by 50 basis points. The bank's ratio was 57.85% in the third quarter.

This article originally appeared on S&P Global Market Intelligence’s website on Dec. 4, 2017, under the title, "Revenue recognition change could be a 'fire drill' for banks"