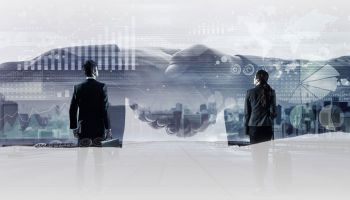 The best of partnerships must be monitored to be sure that everything works as planned. The bank and its fintech partner shouldn't be blindsided by ticklish issues.

Note: This is the conclusion in a three-part series of articles on bank partnerships with fintech companies. The first part,"Taking a risk-based approach to innovation partners," addressed the challenge of finding a good fit for an innovation partnership. The second part, "Innovating in a regulated environment," discussed how to set the partnership up to succeed. This article describes how to approach any partnership issues that arise.

Partnerships are hard work, especially between highly regulated and sometimes less heavily scrutinized companies. As banks partner with fintechs to accelerate their innovation strategies, even the best laid plans can go awry.

Let’s say you’re a large bank collaborating with an online lending platform to expand into the small business lending market—pairing the efficiency of your partner’s digital acquisition platform with your own balance sheet’s deep wells of funding. Or, you could be a midsize bank using a fintech’s software-as-a-service under your brand, to underwrite new types of loans.

You’ve weighed the benefits against the risks of forming a strategic partnership. You and your partner have both invested time, money, and future ambitions in a successful outcome.

But somewhere along the line, it turns out that something’s not quite right—or perhaps worse, something has gone very wrong.

Maybe it’s something that could get both companies into regulatory hot water.

Inevitably, something will go wrong in any partnership.

Issues can vary in size and scope—across operational, marketing, regulatory, and other aspects of doing business together. But they all have at least one thing in common: problems rarely get better on their own.

And if you ignore a small issue, it could become a big one.

If you or your partner are not the first to recognize an issue, that only compounds it. You certainly don’t want to learn of problems from your customers or regulators. That’s reason enough for one large bank to crawl thousands of websites a day, to be sure its various partners’ marketing materials do not get ahead of in-place approval processes or contain any misrepresentations.

This example shows just how important it is to recognize and acknowledge issues quickly. The higher the regulatory, financial, or reputational risk, the faster this needs to happen—sometimes to the point of proactive monitoring.

For example, if an innovation partner’s marketing misrepresents fees, the bank in the partnership could face the fallout, under rules against unfair, deceptive, or abusive acts or practices (UDAAP). Technology is often used to varying degrees to monitor partnerships for compliance, but this should always be fully disclosed in advance.

If you or your partners’ customer does inform you of an issue, then either you and your partner both missed it or, what’s worse, your partner could be hiding it from you. Still, don’t assume ill intent, because there are so many opportunities for miscommunication.

Instead, work with your partner to diagnose any problem together, for the sake of the partnership as well as for effective problem-solving. You might even get ahead of the curve by surveying the landscape of other, similar relationships to proactively identify potential issues before they hatch.

Come to an agreement on who will be responsible for evaluating, tracking, and fixing the problem. Any issue has to be addressed in a carefully planned manner. Haphazard patches will do little for the integrity of the partnership and its products or services.

Consider forming a task force including members of each team. Get answers by communicating early and often, in an open and transparent fashion. Create a hypothesis and then use it to diagnose the root cause.

Along the way, don’t engage in the blame game. Trust that both parties have acted in good faith and continue to do so.

As with the first step (identifying the problem), speed is of the essence when it comes to addressing it, though exactly how fast will depend on the issue at hand.

If you have what you believe to be a UDAAP violation, then you must fix it right away.

On the other hand, if it’s an operational hiccup—for example, loans aren’t being made as fast as you’d thought—you might have more time to address and solve it. That said, the market moves fast, so there’s no time to waste.

Step 3: Deciding what to do

Will you fix the problem or is the issue severe enough to decide to dissolve the partnership? Business is filled with difficult decisions, and either is a viable outcome. Ask yourself what you really stand to gain from the relationship. Is the benefit worth the pain? Be realistic.

If it’s a small issue, of course, you’ll deal with it and move on. But do so efficiently. Make plans, including assigned accountability and realistic timelines, then execute against them.

On the other hand, if you have a cultural issue, you may not be able to overcome the problem. It could be that you improperly evaluated the fit, and dealing with that may include winding down the partnership.

Even some cultural breakdowns have been salvaged, though.

For example, one bank was able to rein in tendencies to impose a “big bank” culture, after its acquired startup began losing its edge. The innovator got back to what it does best: challenging established thinking and creating digital business models that are now netting the bank its next generation of customers.

There are lessons to be learned through all of this—even from varying degrees of failure. Debrief quickly to make sure the findings are fresh and not lost in the press of daily business. Inventory what you’ve learned, and socialize the lessons both internally and with relevant external parties.

Use what you’ve learned to mitigate the likelihood or impact of future problems.

You might end up utilizing a different management model, making people talk to each other more, or aligning the partnership differently within your organization.

You could introduce targeted control enhancements relating to people, process, and technology. These are a few of the multiple strategic, organizational, or operational considerations to discuss with your partner.

Banks partnering with fintechs: What could go wrong?

Especially in a heavily regulated financial market, there may be more than you think and there’s always unintended consequences.

Banks and fintechs need to go into innovation partnerships with their eyes wide open and be prepared for things to go sideways. When they do, working together on problem-solving can make your partnership even more resilient and serve your customers and markets better and more efficiently.

Mark Westmoreland, Principal with Treliant Risk Advisors, is head of the firm’s Financial Technology (Fintech) practice and co-head of its Compliance practice. He is an attorney and experienced regulatory compliance executive, having worked in the field for over 15 years. Email him at [email protected]

Eric Reusch, a Senior Director with Treliant Risk Advisors, has over 20 years of experience in the consumer financial services industry as a senior executive and former regulator. He has held key roles with top ten banks, fintechs, a venture capital firm, and the Consumer Financial Protection Bureau. Email him at [email protected]