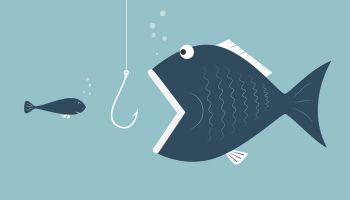 Ontario, Calif.-based CVB Financial Corp. finally purchased the bank at the top of its M&A wish list, but the $878.3 million deal for Pasadena, Calif.-based Community Bank did not come cheap.

At 247% of tangible book value, several analysts say the acquisition is on the upper end of M&A deals as of late, but are optimistic about cost savings and revenue opportunities.

"This is a target that they've had their eye on for a while," Matthew Clark of Piper Jaffray said in an interview. "And it was an opportunity to take out a local competitor."

Clark added that the deal is "tough to digest" given the price, noting that he's seen recent deals pricing tangible book value at 200% to 210%, far lower than the CVB Financial deal.

Using the crossover method, CVB Financial estimated the deal to be about 11% dilutive to tangible book value per share, to be earned back in 4.9 years.

"That's a long time," Tim Coffey of FIG Partners said in an interview.

But the bank, based in California's Inland Empire, is no newcomer to the M&A world and has closed three whole-bank deals in Southern California since 2014. Analysts noted that CVB Financial is using the deal as a cost savings play; the company expects annual savings equaling 50% of Community Bank's noninterest expense, or $39.8 million, to be fully realized in 2019. When the market opened Feb. 27, shares of CVB Financial slipped but recovered losses over the trading session and had only ticked down 0.42% to $23.50 at the closing bell.

CVB Financial identified nine of its branches within 7.5 miles of Community Bank branches, with several on the same street. "We believe these 18 locations will all go in to nine locations eventually," said Christopher Myers, president and CEO of CVB Financial. The company expects the consolidations to happen in late 2018 or early 2019.

Myers also noted the potential for "substantial" revenue synergies through greater lending capacity and other items, but the company doesn't expect to see effects from those efforts until at least six months after closing. Also, Community Bank plans to "get really on the core deposit train" and replace higher-cost debt funding with much cheaper deposits, said its CEO David Misch, who will not join the combined institution.

The bank is planning to use that increased scale to offset the costs of breaching the $10 billion-asset threshold, which incurs increased regulatory expenses through mandatory stress-testing and a cap on debit interchange revenue known as the Durbin amendment.

Those regulatory costs are anticipated to add $2 million to $3 million in one-time costs, atop other one-time merger expenses of $44 million. CVB Financial anticipates recurring expenses of $3 million to $4 million per year after crossing the $10 billion mark, though it would not be subject to the Durbin amendment until mid-2019 and many of the other requirements until 2020.

Myers said the $10 billion threshold is not expected to cause any delays in regulatory approval, and he downplayed any potential difficulties from Community Bank's "need to improve" Community Reinvestment Act rating.

"We're going to take their [CRA] plan and our plan, put them together, and have one comprehensive plan that is suitable for a $12 billion-asset company," Myers said.

Activity picks up in state

Coffey said the acquisition of Community Bank could be an inflection point for the Southern California market, where he sees most of the players being banks near or above the $10 billion mark.

"This might be one of the last in-market deals in the region," Coffey said. 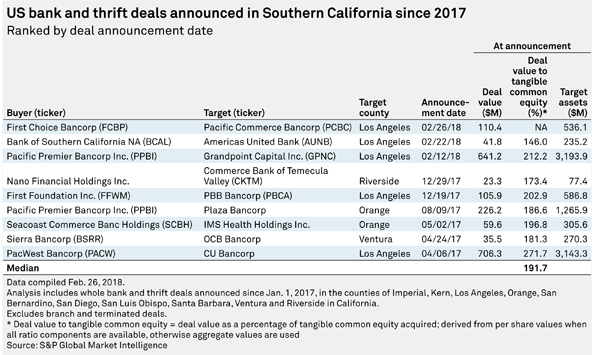 This article originally appeared on S&P Global Market Intelligence’s website on Feb. 27, 2018, under the title, "CVB Financial pays hefty price for seller at the top of its wish list"